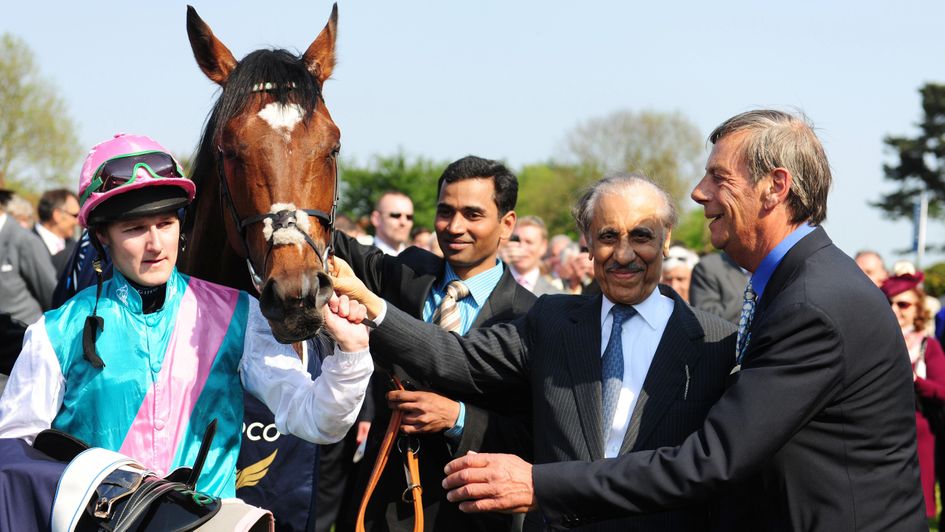 Ten years after his first win on Champions Day at Ascot, how Frankel overthrew his sire Galileo to become champion sire elect.

New champion sire to be crowned

All eyes this week have been on the jockeys’ championship as William Buick has eroded the lead established by reigning champ Oisin Murphy as the pair battle it out before the final day on Saturday. But with £4 million in prize money up for grabs, Ascot’s Champions Day fixture is also likely to confirm the identity of a new champion sire in Britain and Ireland.

In the ten years of Champions Day at Ascot, there has never been much doubt about where that title would be going. Galileo has been champion sire in every year of the Champions Day era, the only fluctuations in his record being the degree to which he has dominated his fellow stallions in that period. Only once has Galileo had less than £2m to spare over the runner-up (in 2015, and even he then was only just under that much ahead of runner-up Dubawi). On other occasions, Galileo has earned his title with some colossal annual earnings – eight-figure sums – in 2016, 2017 and 2019.

More often than not in the last ten years, big-race wins on Champions Day have contributed to Galileo’s annual prize money totals. Frankel got things rolling for him with a phenomenal performance in the Queen Elizabeth II Stakes on that first Champions Day at Ascot in 2011 before he returned twelve months later for the 14th and final win of his unbeaten career in the Champion Stakes. Frankel’s brother Noble Mission gave Galileo another Champion Stakes winner just two years later.

Since then, Galileo’s Champions Day successes have been supplied by Ballydoyle. Minding won him another QEII in 2016, while a year later Hydrangea won the Fillies & Mares Stakes and Order of St George the Long Distance Cup. Magical was another Fillies & Mares Stakes winner in 2018 before becoming Galileo’s latest Champion Stakes winner twelve months later, giving Galileo another double on Champions Day after Kew Gardens became another Long Distance Cup winner.

End of an era

But now Galileo’s long reign looks to have come to an end. The fact that he passed away earlier this year, at the age of 23, is merely coincidental as far as his fortunes on the track this year are concerned. For some reason, it’s often the case that stallions actually enjoy some of their greatest success posthumously. Japan’s perennial champion sire Deep Impact – represented by Snowfall in Saturday’s Fillies & Mares Stakes – looks to be on his way to another title in the Far East two years after his own death.

It's ironic that Frankel, instrumental in helping Galileo to some of those earlier championships, is now the one set to take his crown from him. It’s been a spectacular change of fortunes for the father and son compared with just twelve months ago when Frankel finished only 12th in the prize money table behind Galileo who earned about four and a half times as much prize money. This season, however, Frankel goes into Champions Day with what looks an unassailable lead of just under £1.3m.

Galileo has had only two Group 1 winners in Britain and Ireland this year, Minding’s sister Empress Josephine in the Irish 1000 Guineas and Love in the Prince of Wales’s Stakes. Neither of those fillies will be representing their sire at Ascot on Saturday, with Love having to miss an intended run in the Fillies & Mares Stakes after some unsatisfactory blood results.

Frankel, on the other hand, has had a terrific season, with a lot more individual winners (81) this year compared to last, and certainly a lot more than Galileo (54). Foremost among Frankel’s runners this season have been Godolphin’s classic winners Adayar and Hurricane Lane, both of whom struck important blows for their sire’s championship bid in the summer.

Hurricane Lane’s dramatic late surge to win the Irish Derby not only netted his sire €570,000 in one fell swoop but also took that prize from under the nose of Galileo whose son Lone Eagle looked as if he had made a race-winning move when going clear in the straight.

Lone Eagle then went to Ascot for the King George where he and Love, 13/8 favourite following her Royal Ascot victory, appeared to give Galileo two big chances of landing the prize worth just shy of £500,000 to the winner. Once again, however, it was a result which went Frankel’s way when Adayar became the first Derby winner since Galileo 20 years earlier to win the King George.

The odds were therefore already very much in Frankel’s favour by the time Hurricane Lane landed the first prize of £421,355 in the St Leger, with The Mediterranean faring best of Galileo’s three colts back in third.

In hindsight, though, it was as early as Epsom in June that the writing was on the wall for the handover of power from Galileo to Frankel.

In the absence of Ballydoyle’s long-time ante-post favourite High Definition, a very rare Galileo who failed to build on two-year-old promise at three (a long way behind Hurricane Lane in the St Leger), stablemate Bolshoi Ballet, another son of Galileo, started favourite for the Derby. But he could finish only seventh as Adayar recorded a first Derby success for Frankel who also had Hurricane Lane in third.

Bolshoi Ballet did win a Derby – across the Atlantic at Belmont – next time out, on the day Galileo’s death was announced, in fact, but he has it all to do to turn the tables on Adayar as they meet again on Saturday in the Champion Stakes. It carries a prize of £714,546 to the winner, so even a best-case scenario as far as Galileo is concerned of Bolshoi Ballet winning and Adayar finishing out of the money would only succeed in roughly halving Frankel’s lead.

Frankel and Galileo also go head to head earlier on the card in the Long Distance Cup, though place money might be the best either Frankel’s runner Master of Reality or the Galileo pair Roberto Escobarr and The Mediterranean can hope for against star stayers Trueshan and Stradivarius.

Adayar has to bounce back from a hard race in the Arc just two weeks ago to win the Champion Stakes but Frankel has already made his mark in that contest as a sire, as well as winning it himself.

Cracksman, from his first crop, had finished a close third in the Derby earlier in the season, but he ended his three-year-old campaign with a runaway win by seven lengths in the Champion Stakes and was almost as impressive when ending his career with a six-length success in the same race twelve months later.