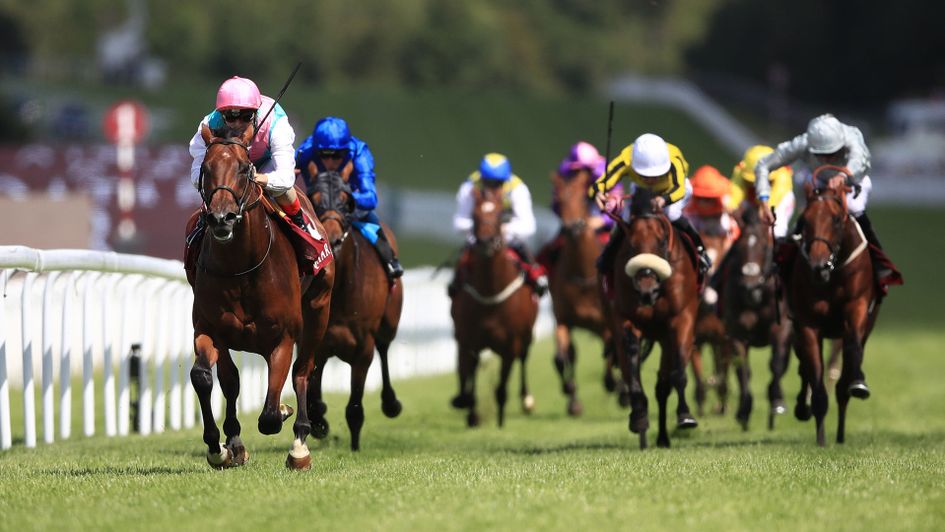 The market proved right as Expert Eye ran out a hugely convincing winner of the Qatar Vintage Stakes.

Relatively friendless in the market ahead of his maiden victory at Newbury, it proved a different story at Goodwood as the money saw the Acclamation colt sent off the 7/4 favourite.

Supporters had few anxious moments as Andrea Atzeni always appeared to have plenty of horse underneath him as the pair travelled on the heels of the leaders towards the centre of the track.

Ryan Moore was tracking Expert Eye aboard the easy to back Seahenge but his colt failed to pick up when asked to follow the easy winner through a gap.

His experience was in stark contrast to that of Atzeni's as Expert Eye quickened in the style of a top-class colt to put the Group Two to bed in a matter of strides.

There were four and a half lengths back to Zaman in second with Mildenberger third.

Sky Bet slashed Expert Eye to 4/1 from 20/1 for the Qipco 2000 Guineas and spokesman Michael Shinners said: "The Qatar Vintage Stakes has been won by the likes of Highland Reel, Galileo Gold and Toormore in recent seasons and looks to have produced another top-class colt in Expert Eye.

"It was impossible not to be impressed with that performance and he's now 4/1 favourite for the first Classic of 2018."

Click here for the full result and free video replay.

Atzeni said: "He was very good. I spoke to Ryan (Moore) before the race and he thought he'd take all the beating and he was right. He settled nicely, but approaching three out we'd gone slow and he took off, I ended up getting there way too soon. I wasn't hard on him and when I picked him up he galloped out really well.

"I don't think I've sat on many two-year-olds like this. He's pretty good."

Winning trainer Sir Michael Stoute said: "I was very taken with him first time out as well and he's an exciting horse, but I don't know where he'll go next.

"He's a very mature, strong colt and he'll certainly get a mile. Ryan has ridden him a lot since Newbury and has been impressed with him. I was hoping to win and he did it easy, he's an interesting horse.

"It's too early to talk about the Guineas, it's only the beginning of August in his two-year-old season. He does tick a lot of boxes as he's a well-balanced, well-made horse with a good mind and a lot of pace. We'll go step-by-step and I won't be putting him up to a mile yet. We'll get home and think about it and see how he is, but I'd prefer not to carry a penalty.

"I am excited - he's brimful of promise, put it that way."

Charlie Appleby said of Zaman: "I'm very pleased but obviously the winner was very impressive. For me he's stepped up again and the headgear lit him up a bit there. Before the race I'd have taken second quite happily. I think the winner is a potentially nice horse.

"We might look at something in the autumn as he's been busy, maybe the Flying Scotsman Stakes or the Champagne (both at Doncaster)."