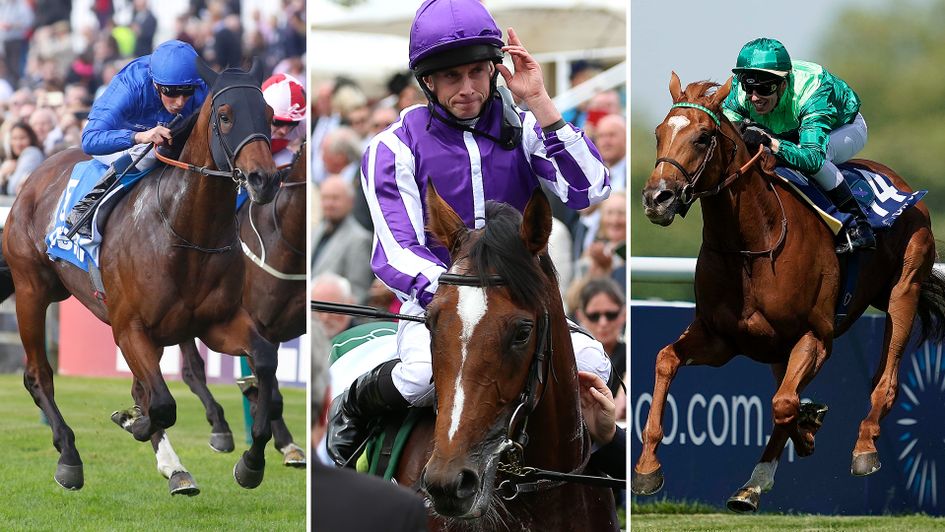 Ghaiyyath, Japan and Sottsass - the main opposition to Enable

Ben Linfoot looks at the task facing Enable on Sunday, considering the opposition and the weight of history, as she bids to become the first horse to win three Arcs.

If you don’t know the Enable story, here it is in a nutshell. She’s from the first crop of foals by the sire Nathaniel, a horse that was beaten by Frankel on his first and last starts and who won the King George and Coral-Eclipse in between. She made her debut on the Newcastle Tapeta surface towards the end of her juvenile year, winning by almost four lengths, with ease. Beaten over 10 furlongs on her reappearance at three, she’s unbeaten in 12 starts since, winning the Cheshire Oaks, Oaks, Irish Oaks, King George (twice), Yorkshire Oaks (twice), the September Stakes, the Breeders’ Cup Turf, the Coral-Eclipse and, of course, those two Prix de l’Arc de Triomphes. On Sunday she bids to become the first horse in the Arc’s 99-year history to have won the race three times.

Before Enable, seven horses won the Arc twice but only one of those went on to attempt a third. As you can see from the list below, the lucrative nature of the bloodstock world proved too strong for the connections of dual-Arc winning colts, who, in the main, had proven themselves at three and four.

What happened to the other seven horses that won two Arcs?

Ksar – Retired to stud at the end of his four-year-old campaign, but did run again after his second Arc – over 3m7f in the Prix Gladiateur where old rival Flechois beat him by two lengths.

Motrico – Finally retired to stud indefinitely after winning his second Arc at the age of seven, despite having deformed hocks. Had already been retired to stud after his first Arc as a five-year-old, but re-entered training to win Arc number two.

Corrida – Was the first filly to win two Arcs but retired to Marcel Boussac’s stud at Haras de Fresnay le Buffard in Normandy after her second Longchamp triumph.

Tantieme – Retired to his owner’s stud at Haras d’Ouilly aged four in 1951 after his second victory in the Prix de l’Arc de Triomphe.

Alleged – Retired after his second Arc win, aged four. There was talk of him running in the Champion Stakes but he never raced again and went straight to stud.

Treve – The only horse in history to go for a third victory in the Prix de l’Arc de Triomphe. Was sent off evens favourite for her swansong, the 2015 Arc, after winning all three of her races that season, but could only manage a two-and-a-half length fourth to Golden Horn.

If Treve couldn’t do it, should we be concerned for Enable? Criquette Head-Maarek’s Motivator filly had looked as good as ever heading into her third Arc having won three from three that season, in the Prix Corrida, Grand Prix de Saint-Cloud and the Prix Vermaille. Two three-year-olds finished ahead of her in the Arc; the winner Golden Horn and New Bay, but more of a head-scratcher was Flintshire who she had beaten in the previous year’s Arc and in the Grand Prix de Saint-Cloud. That’s pretty solid evidence she wasn’t quite at her best, while a couple of horses with younger legs had her measure, too. 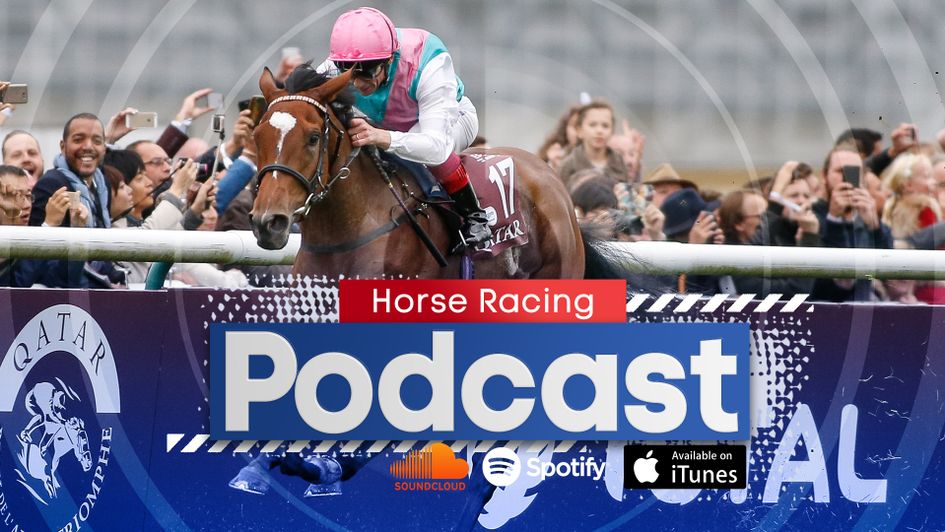 Sottsass 🔥🔥🔥🔥 The main danger to Enable looks to be the Prix du Jockey Club winner, Sottsass. Unexposed after just six starts, he's a fresh horse with low mileage and his key weapon is speed which Enable might well be vulnerable to in a certain set of circumstances. He was superb at Chantilly where he accounted for Persian King by a couple of lengths and that rival was towards the top of the tree at two where he had beaten the subsequent 2000 Guineas winner Magna Grecia. Given a traditional French Arc prep by Jean-Claude Rouget since, namely a midsummer break followed by an Arc trial, where he went some way to proving he stays by winning the Prix Niel.

Japan 🔥🔥🔥 Has the Arc coursing through his veins thanks to the grand dam on both sides of his pedigree – Urban Sea won the Arc in 1993 while Saganeca produced Sagamix who won the Arc in 1998. With that in mind Aidan O’Brien looks to have pointed him at this race from a long way out, gradually stepping him up in class and trip throughout the year, while his comfortable Grand Prix de Paris win in July gave him a sighter to the course and distance. Ran a career-best over 10 furlongs when winning the Juddmonte International at York last time out, but even better can be expected of him now he steps back up to 1m4f.

Ghaiyyath 🔥🔥🔥 Another lightly-raced colt with a different line of form that poses Enable a new challenge. A late-maturing son of Dubawi, he has plenty of Longchamp experience in his locker having run at the track three times, including impressive victories in the Prix du Prince d’Orange and the Prix d’Harcourt. Not at his best when defeated by Waldgeist in the Prix Ganay, but a first go at 1m4f in the Grosser Preis von Baden on September 1 helped inspire a career-best performance. It was a bulldozing effort from the front and if he can replicate that form – and it’s not a given seeing as he seems at his best when fresh - he adds another layer of intrigue to a three-pronged attack of horses that Enable has yet to tackle.

Waldgeist 🔥🔥 And so we get to the rivals that Enable has beaten before. Waldgeist has seen her backside on three occasions, in last year’s Arc, the Breeders’ Cup Turf and the King George, so it’s hard to make a case for him finishing in front of her for the first time on Sunday. He will be on the radar for each-way punters, though, as he’s very solid, usually always runs his race and he was, perhaps, a bit unlucky not to finish a bit closer to her in last year’s renewal. Prepped for this year’s Arc with a comfortable victory in the Prix Foy.

Magical 🔥🔥 Goes one better than Waldgeist having fallen at Enable’s sword four times; in last year’s Arc, at the Breeders’ Cup, in the Coral-Eclipse and in the Yorkshire Oaks. She came out of the latter race and boosted the form with an excellent win in the Irish Champion Stakes and she’s developed into a high-class and very consistent filly. That said, connections have tried various different tactics in a bid to beat Enable, but she’s always just fallen short and that’s expected to be the case once again. 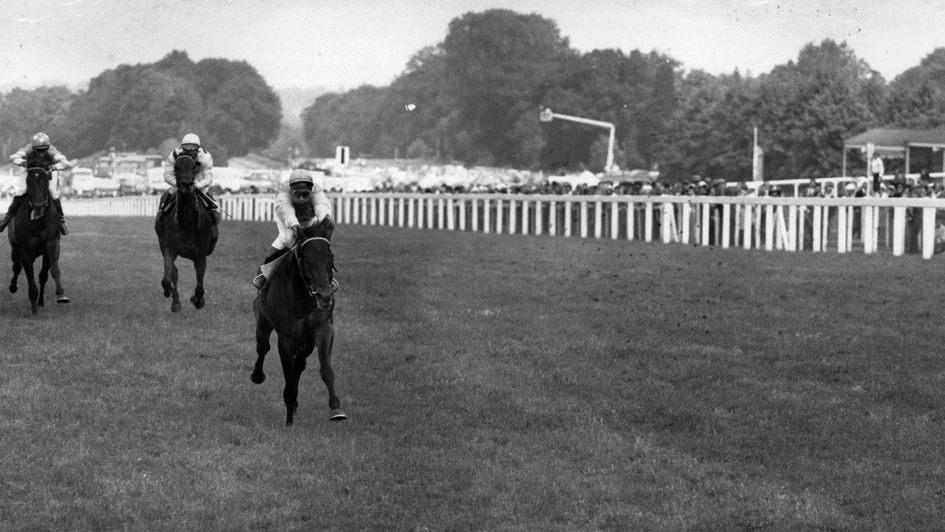 What a magnificent sporting achievement it will be if she can pull this off, the first horse in history to win three renewals of the Prix de l’Arc de Triomphe. A variety of factors have ensured that this has never been done before, not least the retirement of the very best colts after they had won it twice, but that takes nothing away from the scale of what would be a history-making win.

To get a horse to win what is widely considered the weight-for-age championship in Europe on three occasions would be a staggering accomplishment for the horse, trainer and jockey. She’s in great hands. John Gosden has mastered her career impeccably, his most obvious influence being last year when he nursed her into an awesome autumn campaign following a setback. In Frankie Dettori she has an ice-cool marksman riding at the top of his game, remarkably, at the age of 48. Whatever they throw at him he will cope. And the horse herself, her class, consistency, versatility and fierce will to win is a potent mix.

I think she can do it. She has shown no signs of decline and she just pulls out more. She’s in better shape than this time last year and the absence of any three-year-old fillies – Gosden has wisely kept them all at home – means her task is easier than it might’ve been.

I worry that Ghaiyyath will have left his best in Germany, given he goes so well fresh, and both Magical and Waldgeist have plenty to do to reverse previous form.

That leaves the three-year-old colts as the dangers. Japan is a player if he improves, but he’ll have to, so the speedy Sottsass looks the one horse standing between Enable and that history-making third Arc.

We’re all set for some tremendous sport on Sunday. Enable could well achieve something that won’t be matched for another hundred years. Of course, it is a tough task. But she is a tough filly. She can do it.