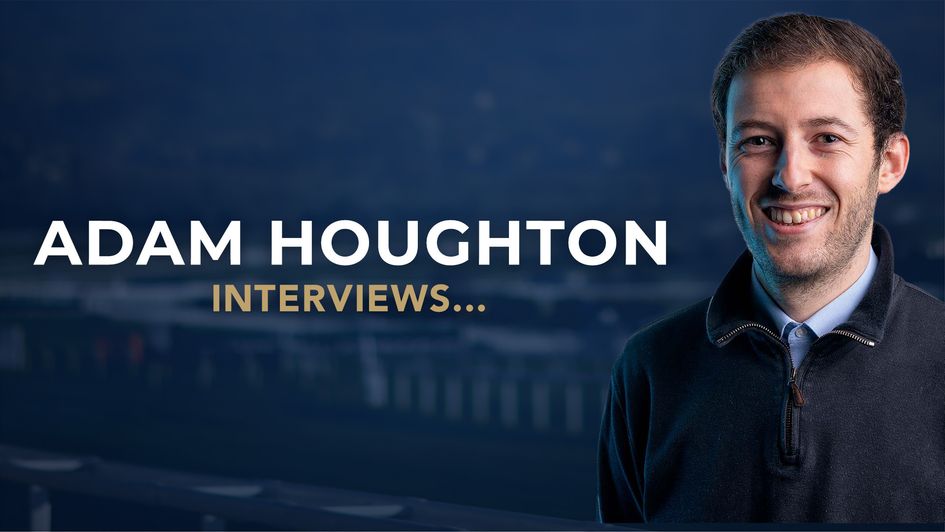 Adam Houghton chats to Emma Lavelle about all things Paisley Park ahead of his bid for a record fourth win in Saturday's Cleeve Hurdle at Cheltenham.

That was the regularity with which Big Buck’s won the biggest prizes in the staying hurdling division in his pomp, racking up 18 successive wins in total, a record in National Hunt racing at the time until Altior went one better when winning his third Celebration Chase in April 2019.

Simply getting a horse to the races hale and hearty 18 or 19 times in a row is no mean feat. Just ask trainer Emma Lavelle as she prepares Paisley Park for Saturday’s Dahlbury Stallions At Chapel Stud Cleeve Hurdle at Cheltenham and what will be his 19th consecutive start in Graded company.

That sequence began in December 2018 when Paisley Park graduated straight out of handicaps with the first Grade One win of his career in the Long Walk Hurdle at Ascot. He went on to add the Cleeve and Stayers’ Hurdle (formerly the World Hurdle) to his tally later that season, looking every inch a potential successor to Big Buck’s as the dominant staying hurdler in training.

Paisley Park has certainly paid his way in the years since that Cheltenham Festival triumph, but it’s fair to say that he’s met a few bumps in the road, too, unlike Big Buck’s who dismissed his rivals for four straight seasons with a sort of metronomic inevitability.

The first big bump in Paisley Park’s career came before he’d even jumped a hurdle in public. After filling the runner-up spot on his debut in a Warwick bumper in January 2017, he then suffered from a serious illness which nearly took his life and delayed his first appearance over obstacles until 11 months later when he won a novice event at Hereford.

It was a meteoric rise the following season that took Paisley Park to the top of the staying hurdling tree, but you’re never more vulnerable than when you’re at the top and it was back at Cheltenham for the 2020 Stayers’ Hurdle that he encountered his next major stumbling block.

Sent off the 6/4-on favourite and bidding for his eighth straight victory over hurdles, Paisley Park never threatened in the race itself and was later found to be suffering from a defibrillating heart.

Perhaps it’s because things haven’t always been straightforward for Paisley Park that the public have warmed to him so much. Or perhaps it’s simply because he’s been around for so long, still very much a fixture at the top level despite having recently turned 11.

Whatever the reason for it, the affection towards Paisley Park was clear for all to see after he’d won the rearranged Long Walk Hurdle at Kempton on Boxing Day – a win made even sweeter for Lavelle given everything that came before it and the knowledge that there might not be many more days like it at this late stage in Paisley Park’s career.

“He doesn’t want to make it completely easy for us!” was Lavelle’s reply when suggested that the Paisley Park story hasn’t always been smooth sailing. "He’s definitely had his issues along the way, but he’s got that resolve and determination in his races and he has that in life. He’s just a fighter, he really is.

"I think that’s the most extraordinary thing about him, his desire to keep putting himself out there and keep running at the top level. That he still wants to, and is still physically able to, makes him an extraordinary horse.

"You know they’re not going to last forever, that’s just how it is, so absolutely every time he gets to the races it’s a moment to enjoy and take a snapshot of, because you don’t know how many more times you’re going to get there. He’s been very generous in his time with us so far!"

That generosity has now brought no fewer than eight wins in Graded company and, remarkably given his age, Paisley Park’s performance when gaining his fourth Grade One victory at Kempton was arguably as good as anything he’d done previously, running to a Timeform rating of 159 as he forged clear after the last to beat Goshen by four and a quarter lengths (replay below).

It was certainly an improvement on last season’s efforts, when Paisley Park won just once in six starts, and it was interesting to hear what Barry Fenton – Lavelle’s partner and assistant – had to say in the aftermath of the Long Walk when he revealed that their stable star has been like a different horse since coming back into training this term.

That view is shared by Lavelle, with the manner of that Kempton win clearly buoying the team ahead of the other big races still to come this season.

"He just seems strong and like he’s really enjoying it this season," Lavelle explained. "The proof is always going to be in his racing, but to go and win the Long Walk at a track like Kempton was an amazing thing for him to go and do. That was a track which shouldn’t have suited him.

"He’d taken a bit of time to get going in his more recent seasons, but this season he seemed to come out all guns blazing, even on his first run at Newbury, so hopefully he can carry that through." 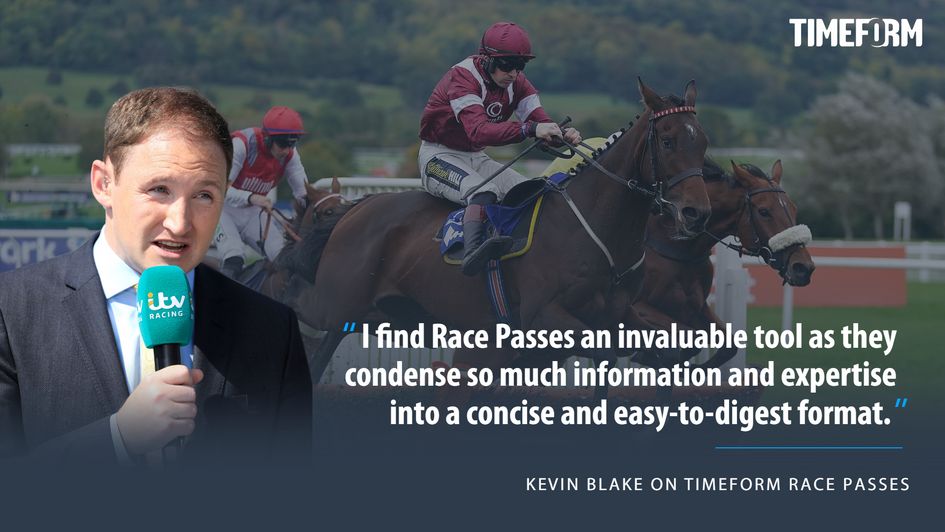 Cheltenham calling with history in the making

If there is one afternoon on which Paisley Park can usually be relied upon to come out all guns blazing, then it’s probably Festival Trials Day at Cheltenham.

A three-time winner of the Cleeve Hurdle on that card, Paisley Park equalled Lady Rebecca’s record with a memorable success 12 months ago, a race which has to be seen to be believed even now as he somehow managed to win despite forfeiting at least 10 lengths to the rest of the field when he whipped round at the start.

In a season where Paisley Park looked a shadow of his former self for much of it, every other facet of his performance in last year’s Cleeve Hurdle was reminiscent of him at his very best, typically proving strongest at the finish as he roared up the Cheltenham hill to reel in his toiling rivals (replay below).

History will be made if Paisley Park can repeat the dose with a fourth Cleeve Hurdle win on Saturday – hopefully in less dramatic fashion for his many followers – and victory there would tee him up for a fifth crack at the Stayers’ Hurdle having finished seventh in 2020 and third in both 2021 and 2022 since winning it at the first attempt in 2019.

It’s been done before – Crimson Embers registered his two wins in the Stayers’ Hurdle four years apart, latterly as an 11-year-old in 1986 – and Paisley Park is certainly no forlorn hope to regain his crown in what looks an open year, especially on this season’s form.

"It would be an extraordinary performance if he could go and do it again,” Lavelle said of the Cleeve before attentions then turned to the Cheltenham Festival. Or at least mine did, but Lavelle knows far better than to get ahead of herself after the trials and tribulations she’s already experienced with this remarkable horse.

She added: "I’ve learned not to count my chickens. He was 6/4-on to win the Stayers’ Hurdle the year that he had the heart defibrillation, but there is always a spanner that can go into the works.

"It is extraordinary that we are still well in the mix and able to look at possibly winning these races aged 11, but we’ll take every race as it comes and continue to enjoy the journey."

One man who has certainly enjoyed the journey thus far is Paisley Park’s owner Andrew Gemmell, who is cutting short his annual trip to the Australian Open tennis in order to be at Cheltenham on Saturday for his beloved horse’s latest big-race assignment – his 19th consecutive start in Graded company, lest we forget. 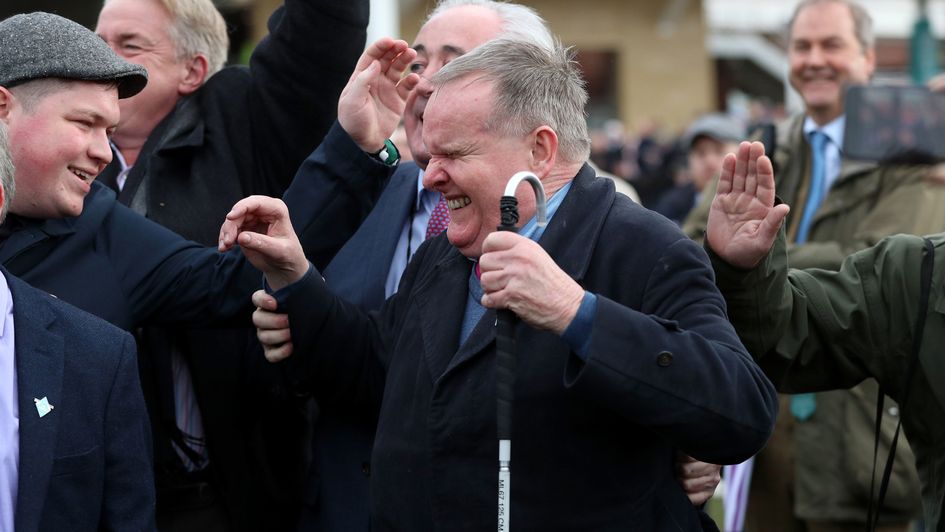 Paisley Park may not be Big Buck’s, but he is the horse of a lifetime for Lavelle and all her team, one whose longevity at the very top level has cemented a place in their hearts for many more years to come.

"You just have to keep pinching yourself,” Lavelle summed up when reflecting on the last few years. “That’s the thing about him, the ability he has but also that absolute desire to still be racing at the top level. That’s what a lot of horses don’t have all the way through their careers.

"It’s extraordinary and it just goes to show how lucky we are to have him, the way he keeps pulling it out of the bag like he does. We’ve said that all the way through with him and it’s important to enjoy a horse like that, because they don’t come along very often."