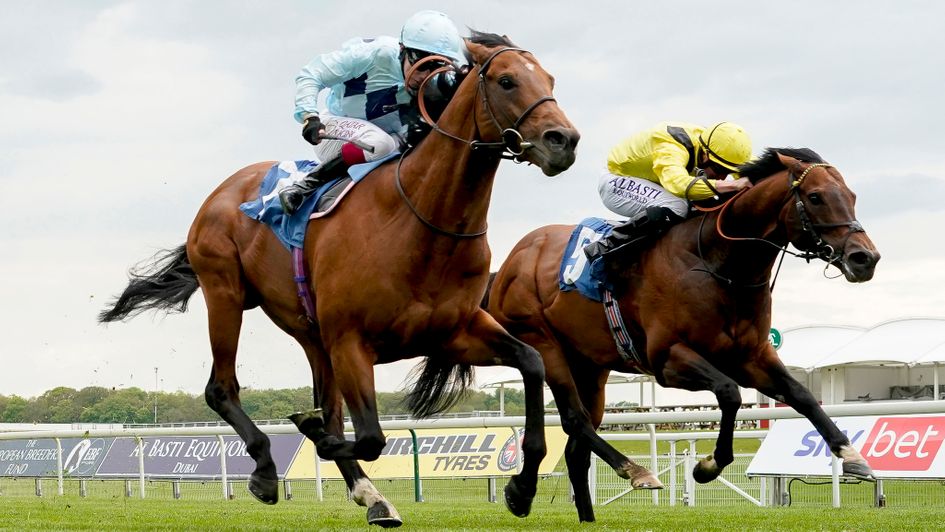 Walker only has one winner at the showpiece meeting to his name – Agrotera in the 2018 Sandringham Stakes – but with leading chances in two of the features races of the week, which are both part of the QIPCO British Champions Series, as well as a handful of chances in the handicaps, Walker is counting down the hours until it all kicks off on Tuesday.

“Every year you build towards Royal Ascot as soon as you start working them. Most years they whittle down through injury or not being good enough – for example last year we had one runner, Swindler, who had to be jogged to post and then wouldn’t go in the stalls,” said Walker.

“That’s kind of normally how Ascot rolls for me, so it’s great this year to be going with what looks a strong team, but I’m under absolutely no illusions it’s the hardest place on earth to win races having tried and failed so many times and only been successful once. So many boxes need to be ticked to win any race, but it’s exaggerated at Ascot.

“I kind of went off it when I started training as I got so disappointed in being beaten the whole time! I had a couple of favourites early in my career – Riggins, Axiom, Nicholascopernicus – and they all got stuffed, so I thought it was easier to go and win at Windsor on the Monday of Ascot week instead.

“Agrotera certainly rejuvenated my enthusiasm for the meeting. Even though it was only a handicap, I probably didn’t appreciate until after how big a deal it was – the eyes of the racing world are upon it.”

In Starman, Walker has the new kid on the sprinting block having won four of his five races with his only defeat coming on Champions Day last year on very testing ground.

“Starman is a massively exciting horse who has done nothing wrong. He’s very straightforward. He’s massive, really imposing and a magnificent horse to be around, he’s got that presence and is the real head-turner in the string. He’s obviously very good as well,” said Walker.

“He did his last piece of work this morning, which went very well, we’re really happy with him and everything so far has gone well since York.

“It was just a routine work at Kingsdown over six furlongs. It’s quite a stiff gallop and I remember when I moved here (ex-jockey) George Baker, who is now a huge part of our team, told me not to expect good horses pulling clear of lead horses like at Newmarket because it’s totally different. They don’t work as flamboyantly as they do on the Al Bahathri or the Limekilns.”

Walker explained why, as a four-year-old, Starman has only run five times.

“He’s so big I kind of missed the boat with him on grass at two, the ground had gone when he was starting work and David Ward (owner) is not a big fan of all-weather racing. He’s a purist in that respect and didn’t fancy taking him to an all-weather track for his debut, so we left him alone,” he said.

“He was working away last spring and looked really good, quite exciting, but then Covid struck. Then he was just ticking along waiting for resumption.

“David and Sue (Ward) were keen to see him debut, so I had to wait another month before I could run him before owners were allowed racing and the only suitable race was at Lingfield, so I had to twist his arm to run on the all-weather which paid off.

“Tom Marquand would have ridden Starman, but I’ve just heard today he’ll almost certainly be on Nahaarr, so Oisin (Murphy) will keep the ride going forward, which is great as he knows him. At least we know now. We couldn’t be happier with everything really.

“When Oisin got off at York, the first thing he said was ‘how much ability has he got?’ and what a bus of a ride he is.” 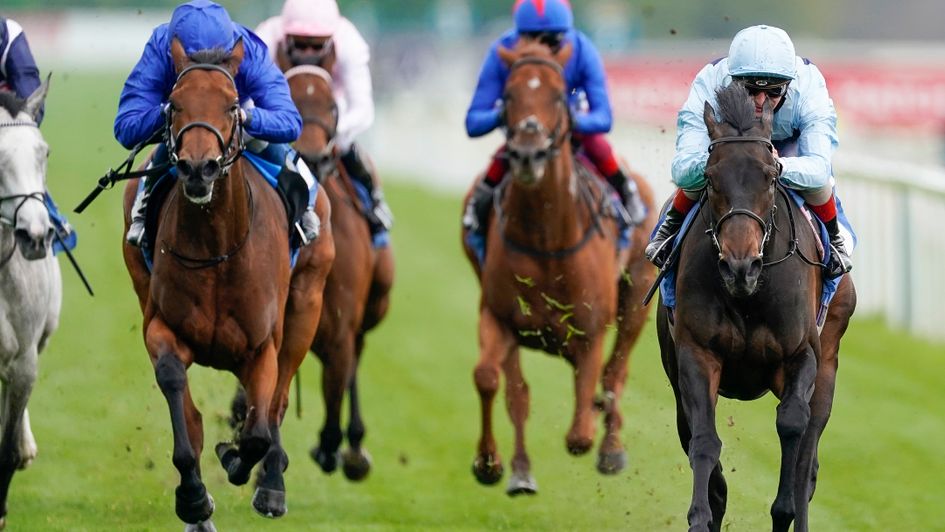 Primo Bacio finished fourth in the Fred Darling at Newbury at 100-1 before bolting up at York and is now a leading fancy for the Coronation Stakes.

“She’s really blossomed this year into a good filly. She had her excuses last year. Apart from not handling the all-weather that well, and she doesn’t work quite as well on it, I still can’t fathom how she managed to get beaten at Chelmsford,” said Walker.

“She was very unlucky at Newbury. It may have been a blessing in disguise or it may have cost us a Guineas, who knows. It would have been hard not to run in the Guineas having won a trial. She would have been backing up quite quickly, though. We had a conversation about supplementing but quickly canned it and the break freshened her up and put her spot on for York.

Away from the Group Ones, Walker also has some lively chances in the handicaps.

He said: “Parachute is going for the King George V Handicap, I hope he gets in – historically he should do. I think he’s a well-handicapped horse. You need to be in that race to feature, but I think he is. We’ll probably enter in the Queen’s Vase as well as a back-up, which sounds ludicrous given that is a Group Three.

“Stormy Antarctic could run in the Wolferton. He’s such a legend of a horse. You’d fancy him if the ground was soft.

“It will be safe ground at the start of the meting. He owes us nothing and it was great to see him finally win on home soil again at Goodwood. He’s looking and moving better than ever.

“Whether we go, I don’t know. There’s a Group Two in Italy at the end of the month but the travelling and everything, I just don’t know.”

Of his other possibles, Walker added: “Matthew Flinders (Royal Hunt Cup) hasn’t run at Ascot before but I think it will suit him.

“York seems to be a disaster for him, he’s run there three times but I think he boils over walking across the Knavesmire, so we’ll take every precaution to get him to post as quietly as we can.

“I think a fast-run, straight mile will be ideal. He’s in danger of being a little disappointing because in my mind I always thought of him as Group horse. I hope it’s his last run in a handicap.

“Dreamloper (Kensington Palace Stakes) loves the track and trip and will love fast ground. She’s a little quirky and just needs to relax. She ran in a hood last time and Tom (Marquand) felt that just blunted her in the finish, so we’ll take that off. She got 5lb for finishing second which is infuriating, but I still believe she’s well handicapped.

“Popmaster (Palace of Holyrood House Handicap) has form with Rohaan and Diligent Harry. Arguably his best form is on the all-weather, twice we’ve run him on turf he’s been beaten much to my surprise, so he’ll run in a visor. I don’t think he’s ungenuine but maybe lacks concentration.

“We hope a stiff five furlongs will suit. I think this race will really suit him as he likes to come through horses.”