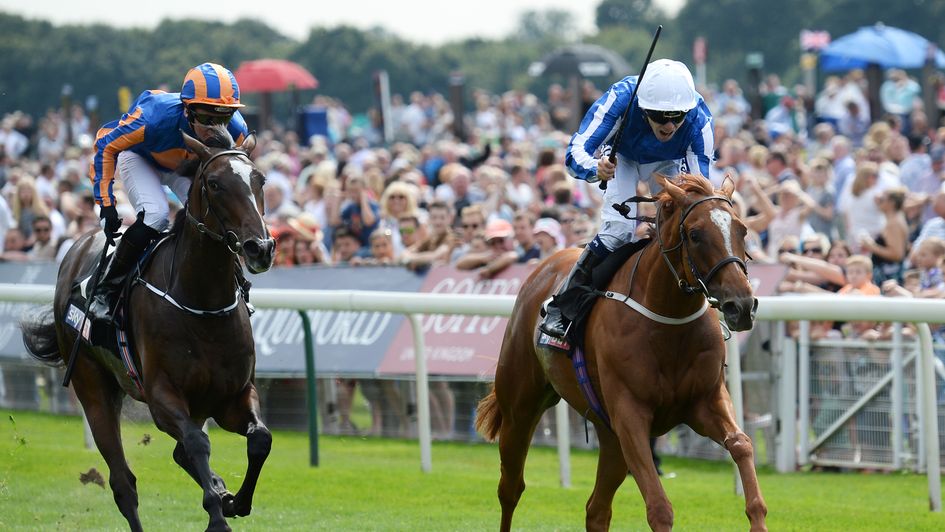 Our expert picks out four potentially over-priced runners who could be in line for the Ebor Festival at York including a 33/1 shot for Godolphin in the Coolmore Nunthorpe Stakes.

Bolt from the blue in Voltigeur?

Freddie and Martyn Meade have a very talented colt on their hands in ZECHARIAH and he’s just the type to bounce back to form in the Sky Bet Great Voltigeur after a short break since a relatively disappointing run behind Deauville Legend in what was a slowly-run Bahrain Trophy at Newmarket.

That race possibly came soon enough on the back of his unlucky (nose) second to Eldar Eldarov in the Queen’s Vase at Royal Ascot, and it’s well worth pointing out this horse also beat Westover off level weights in a conditions race at Newbury last September.

A strongly-run mile and a half around York could suit the son of Nathaniel down to the ground and a general 16/1 seems to underestimate the fact he still retains lots of potential.

Queen bred to be crowned on Knavesmire

With Dramatised likely to be lining up in the Sky Bet Lowther Stakes rather than the Nunthorpe, she’ll no doubt completely dominate the market which could open things up for an each-way bet on an unexposed rival at much longer odds.

Step forward Kevin Ryan’s once-raced QUEEN ME, a daughter of Dubawi out of Frankel mare Queen Kindly, who coincidentally won the Lowther in the same Jaber Abdullah silks for Richard Fahey in 2016.

Queen Me has a massive jump up to make having only won by a length first time out over six furlongs at Haydock on July 1 but last year’s winner of that same maiden, Attagirl, won the Listed Roses Stakes at the Ebor Festival 12 months ago, so it’s probably a race to take seriously.

She’ll need every bit of this trip so a drop to the lightning-fast five at York (Roses) seems unlikely and she’s 40/1 with a few firms for the Lowther which may prove generous.

Burke filly may Pop up at big price

Karl Burke can seemingly do little wrong this year and his POPTRONIC might be able to muscle in on the big-race action if given the go-ahead to contest the Yorkshire Oaks.

She’s a top price of 33/1 at the time of writing which could look a great each-way price once the race cuts up as she appeared more than ready for a first try at this 12-furlong trip when second to the highly progressive Achelois over a shorter distance here last month.

Too keen with no early pace on that day, she’ll hopefully settle much better going that stride faster against stronger opposition and there’s no doubt she’s on a real upward curve herself now having looked the part when beating Rogue Millennium in a Group Three the time before at Newcastle. The daughter of Nathaniel shapes as though she’ll stay this far.

A lot hinges on just how good three-year-old filly Royal Aclaim can be but if she doesn’t quite come up to scratch then the Nunthorpe is seemingly wide open and, with most of the older horses taking it in turns to beat one another this year, perhaps York will see LAZULI have his day in the sun.

He's never really cut it in Britain after winning last year’s Palace House Stakes at Newmarket but he looked an improved model as a five-year-old when claiming Group Two glory out in Dubai earlier this season and he seems to have taken a couple of runs to return to top condition this summer.

The King’s Stand effort was a low-key run but he built on it to be a close fourth at Goodwood last month and in hindsight he probably wasn’t ideally drawn in stall nine close to the stands’ rail.

All the action ended up taking place towards the far side so Lazuli did quite well in the circumstances and the son of Dubawi – who is 33/1 for the Nunthorpe with a few firms - definitely looks to have enough natural speed to cope with the minimum trip on the Knavesmire.