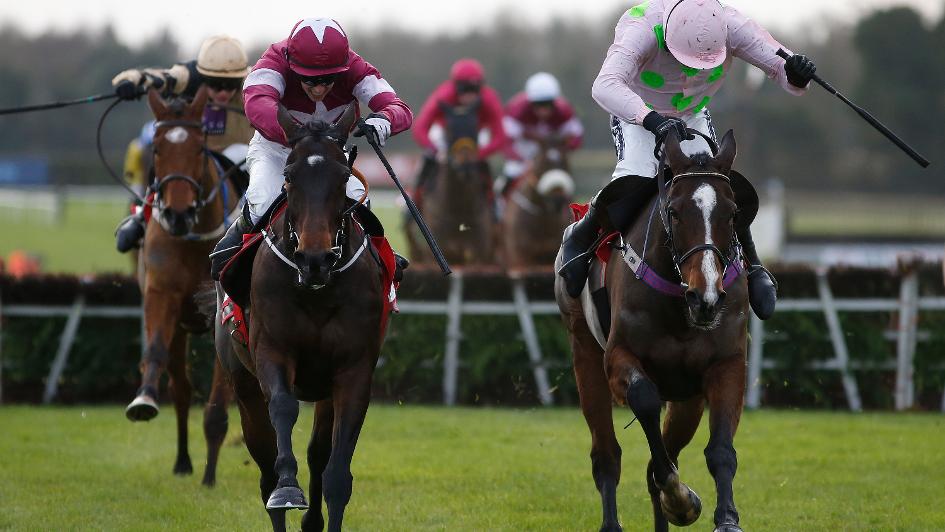 Donn McClean looks at the battle between Willie Mullins and Gordon Elliott as we build up to the 2018 Cheltenham Festival.

He didn’t hit the front until the second last day of the season, deep inside the final furlong, but when he did, the move was emphatic and he was crowned champion again. You marvelled at Mullins’ tenacity, your heart went out to Elliott, and you celebrated both. It was Crisp and Red Rum all over again, and it was an enthralling continuum that ran through the entire season.

The duel spilled out beyond Ireland’s shores into Cheltenham, which is part-Irish anyway for a week. Not a penny earned in prize money at Cheltenham counted in the battle for the Irish National Hunt trainers’ championship, but it didn’t matter. They went toe-to-toe again.

It was an extraordinary week, ignited by the spark of the curtain-raiser, the Supreme Novices’ Hurdle, when the Gordon Elliott 25/1 shot Labaik, under Cheltenham Festival newbie Jack Kennedy, beat the Willie Mullins favourite Melon.

Apple’s Jade was flanked by Vroum Vroum Mag and Limini on the run to the final flight in the Mares’ Hurdle, but she battled on best of all under Bryan Cooper. And when Lisa O’Neill booted Tiger Roll home in the National Hunt Chase, it was three for Elliott on Day One, none for Mullins.

You thought that Mullins would put things right on the second day, but Bacardys was beaten, Bellshill was beaten, Carter McKay was beaten. Even Douvan was beaten. To confound matters, Elliott won the cross-country chase with Cause Of Causes and the Champion Bumper with Fayonagh, both ridden by Jamie Codd and, at half-time, incredibly, Elliott had five winners on the board, Mullins had none.

What followed on Thursday was just as incredible. It started with Yorkhill, it continued with Un De Sceaux and Nichols Canyon, and it ended with Let’s Dance as Mullins won four of the seven races on the day in a Ruby Walsh quadruple masterclass.

Mullins had two more winners on Friday, Arctic Fire and Penhill, both ridden by Paul Townend, and Elliott had one, Champagne Classic in the Martin Pipe Conditional Jockeys’ Hurdle, JJ Slevin’s first. So, when the dust settled a little, you realised that they had six winners each and that the VAR would be needed.

You took a moment to appreciate the enormity of the two trainers’ achievements. Of course, there are more races at the Cheltenham Festival these days than there used to be, but six winners would have won every Leading Trainer’s award at the meeting until 2012, when Nicky Henderson had seven. Indeed, Henderson was the only trainer apart from Willie Mullins who had had more than five winners at a single Cheltenham Festival in the history of the meeting. Now add Gordon Elliott to that short list.

And the VAR said that Gordon Elliott had won the 2017 Leading Trainer’s title too. Six winners, three seconds and three thirds, as against Mullins’ six winners, two seconds and four thirds. Strange the elements on which these things can depend. If the short head by which Mega Fortune beat Bapaume for second place behind Defi Du Seuil in the Triumph Hurdle had gone the other way – if Bapaume had finished second by a short head instead of third by a short head – then the Leading Trainer award would have gone the other way too. 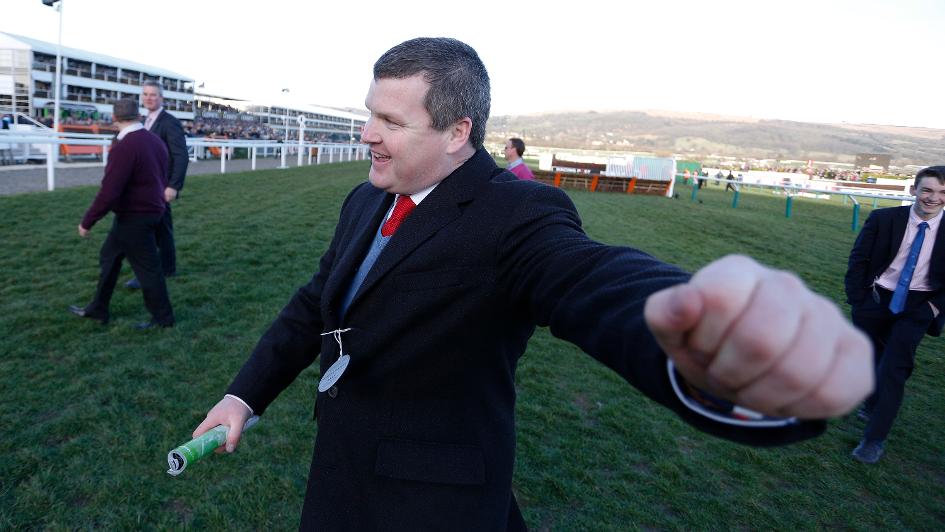 It was some week though for both trainers. That’s 54 Cheltenham Festival wins now for Mullins, just four behind all-time leader Nicky Henderson, and 14 for Elliott, which is impressive given that, comparatively, he has only just started.

All the stats say that Elliott’s rise has been meteoric. He did not train his first Cheltenham Festival winner until 2011 and, before 2016, he had had a total of just five. Now he has 14. In two years, between 2016 and 2017, he won nine races at the Cheltenham Festival, including, famously, the 2016 Gold Cup with Don Cossack.

This season, similar story. Elliott is setting the pace again in the Irish National Hunt trainers’ championship, hunted up by Mullins. And the Cheltenham battalions are being assembled. It looks like Willie Mullins is responsible for the ante post favourite or joint favourite in eight of the 28 Cheltenham Festival races at this stage, and for the second favourite in seven others, while Gordon Elliott is responsible for five favourites and four second favourites. It is some show of collective strength.

Bankers? No such thing of course, but Apple’s Jade is going to take some beating in the Mares’ Hurdle for Elliott, Cause Of Causes is a worthy favourite for the Cross-Country and Samcro is one of the most exciting horses in training. For Mullins, Un De Sceaux sets the standard again in the Ryanair Chase, while Footpad has been just about flawless all season and you can easily understand why Laurina deserves is on top of the market for the Mares’ Novices’ Hurdle.

There may not be much between their respective trainers either.