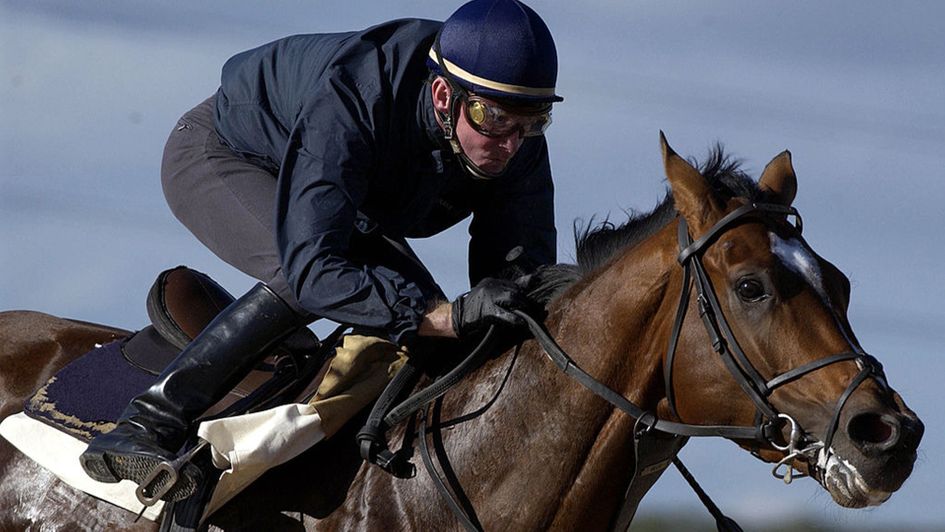 Galileo won the Derby 20 years ago but his association with the race has never been stronger, writes Timeform’s John Ingles.

In the spring of 2001 Aidan O’Brien chose the Ballysax Stakes at Leopardstown for the reappearance of a couple of promising colts by Sadler’s Wells.

Both had won their only starts the previous autumn and, by the end of the year, both were classic winners. Timeform rated them not just the two best horses of any age in training at Ballydoyle that season but two of the best middle-distance three-year-olds in Europe. There was only 5lb between them on annual ratings at the end of the year - Galileo on 134 and Milan on 129 - though when they finished first and second in the Ballysax there was no doubt which of the two came with the bigger reputation.

Michael Kinane’s mount Galileo, sent off at 1/3 had, after all, won his maiden at Leopardstown by 14 lengths.

The classics each colt went on to win effectively determined their stallion careers. The later-developing Milan put up one of the best performances seen in the St Leger for some time when powering five lengths clear at Doncaster. A close second to top-class older horse Fantastic Light in the Breeders’ Cup Turf – a career best – showed Milan wasn’t simply a stayer but he had no further opportunities to prove himself in top middle-distance company as he sustained a career-ending injury on his only start at four. 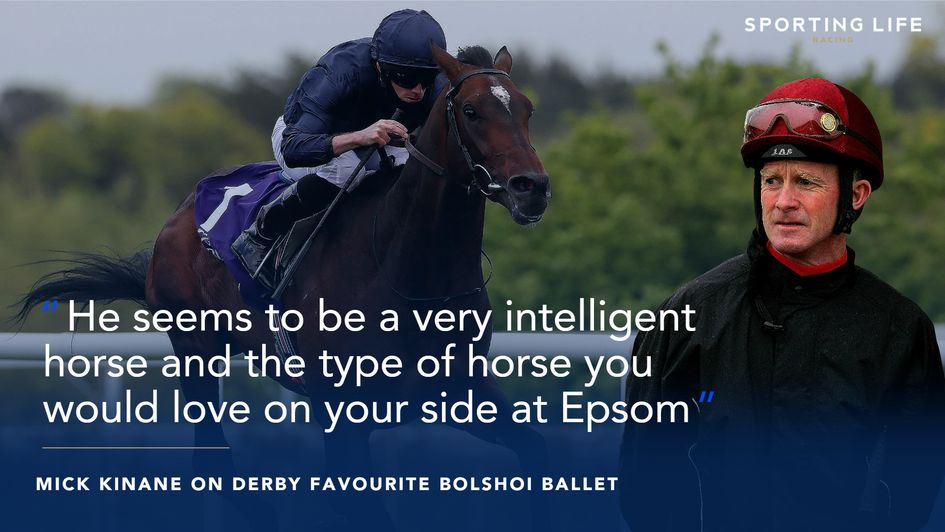 In due course he was retired to Grange Stud, Coolmore’s National Hunt division, where he remains to this day, currently standing for a fee of €8,000 having produced the likes of Champion Hurdle winner Jezki and Grand National winner One For Arthur.

As for Galileo, the asking price for his services have long since been shrouded in secrecy. 2007 was the last time he had an advertised stud fee (€150,000), though if reports are to be believed it may well have quadrupled since then. But while Galileo’s superstar status at stud might almost be taken for granted now after his 12 sires’ championships, it’s something that he has had to earn.

Being a Derby winner ensured Galileo a place at Coolmore as a Flat stallion, unlike Milan, but even top-class mile-and-a-half performers don’t have quite the same commercial appeal as stallions proven at the top level over a mile or a mile and a quarter – or at least that was the case when Galileo retired to stud. When Coolmore’s Giant’s Causeway, who never raced over as far as a mile and a half, was retired to stud a year before Galileo, his initial fee in Ireland was IR £100,000. Galileo, although rated 2lb higher by Timeform, started out at only half that figure and his fee soon dipped to €37,500 for a couple of seasons before he began to get outstanding results on the track.

Galileo was the winner of all three of his starts when he lined up for the Derby, having added the Derrinstown Stud Derby Trial to the Ballysax, and he started the 11/4 joint-favourite for the Derby with the 2000 Guineas winner Golan in a small field by Derby standards of 12. Golan’s trainer Sir Michael Stoute, incidentally, was reportedly among those who had become stuck in traffic and had to walk the last part of the way to the course as what was estimated to be a modern-day record of 150,000 flocked to Epsom.

Galileo treated the huge crowd to the most impressive display by a Derby winner since Generous ten years earlier. ‘Quite simply, he proved a class apart’ said Timeform’s report on the race, ‘trouncing the opposition with a devastating change of pace halfway up the straight’ as Golan stayed on for second three and a half lengths behind him.

“The Thoroughbred exists because its selection has depended, not on experts, technicians or zoologists, but on a piece of wood: the winning post of the Epsom Derby." Federico Tesio#FBF to super sire Galileo winning the G1 Epsom Derby in 2001! #CoolmoreSires #HomeOfChampions pic.twitter.com/N5kg2gYtMv

It was that change of pace that Aidan O’Brien was keen to highlight after the Derby. ‘He has the speed of a sprinter and the strength of a miler, and this is something I have never seen before in a horse capable of winning a classic over a mile and a half’ O’Brien was quoted as saying in Galileo’s essay in Racehorses of 2001. Initial plans for Galileo suggested that he wouldn’t race over as far as a mile and a half again – the Eclipse, Queen Elizabeth II Stakes and Breeders’ Cup Classic were said to be on his agenda - but in the event he remained at the Derby distance for his next two starts, following an easy win in the Irish Derby with a more hard-earned victory on his first start against older horses in the King George VI & Queen Elizabeth Stakes where he had to dig deep to repel Fantastic Light by two lengths.

When he was dropped back to a mile and a quarter for his last two starts, Galileo met with his only two defeats. The Irish Champion Stakes proved another memorable head-to-head with Fantastic Light, though after making the first move it was Fantastic Light who held a narrow advantage to the line this time. While Fantastic Light went on to beat Milan in the Breeders’ Cup Turf, Galileo managed only sixth in the Breeders’ Cup Classic. He’d been prepared for his first taste of dirt with an away day to Southwell for a gallop on the all-weather.

Sadler’s Wells was well on the way to earning legendary status as a stallion by the time Galileo came along. But after Sadler’s Wells had sired five Derby runners-up, Galileo finally provided his sire, then aged 20, with his first Derby winner. Galileo’s Derby victory was also a record 46th Group/Grade 1 winner for Sadler’s Wells, while Milan’s St Leger win later in the season completed a full set of British and Irish classics for their sire. Unlikely though it would have seemed at the time that he could surpass the feats of his sire at stud, Galileo would go on to write his own records.

Not the least of those is his achievement of siring five Derby winners of his own to date. He became the most successful Derby sire outright after Serpentine’s runaway success last July when the deserted scenes at Epsom were in marked contrast to those that had greeted Galileo’s own Derby victory.

Galileo had previously been one of several sires with four Derby winners, the most recent of those being his Coolmore stud-mate and fellow son of Sadler’s Wells Montjeu. Like his earlier Derby winners Ruler of The World, Australia and Anthony Van Dyck, Serpentine was in Coolmore ownership and trained by Aidan O’Brien but, significantly, Galileo’s very first Derby winner, New Approach, was bred, as well as trained, by Galileo’s greatest supporter in his early years at stud, Jim Bolger. 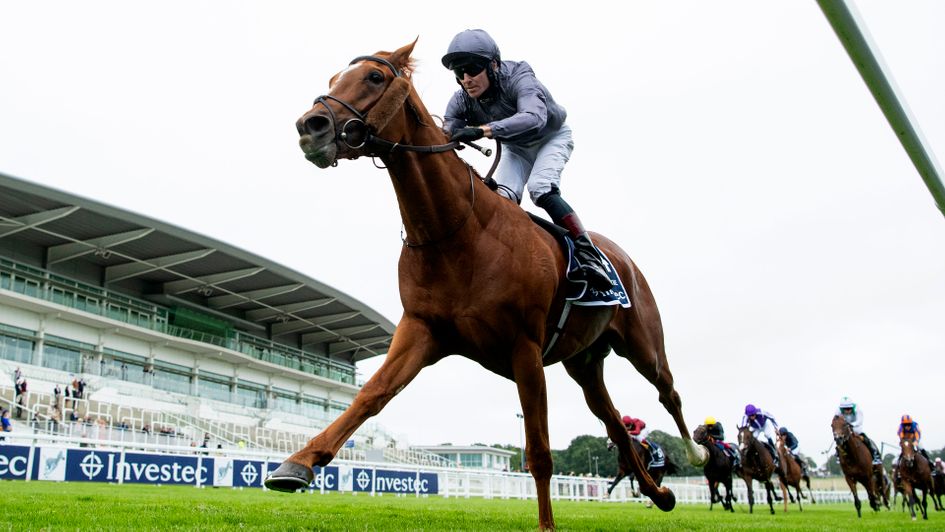 Serpentine sprung a huge surprise in the Investec Derby

‘John Magnier freely admits that things might have been different if it hadn’t been for me’ Bolger told the Racing Post in an interview in 2017. ‘Nobody down there was saying anything good about Galileo. I’d say there was every danger Galileo might have got sold to Japan or whoever would have him. They [Coolmore] can move things on fairly quickly there, and he definitely wasn’t going well when they reduced him to €37,500.’

Not only was New Approach his sire’s first Derby winner in 2008, his success that season – he also won the Irish Champion Stakes and the Champion Stakes at Newmarket – helped Galileo to become champion sire for the first time, confirming himself the natural successor to Sadler’s Wells who had been retired from stud duties that spring due to declining fertility.

Through New Approach, Bolger’s faith in Galileo is still being repaid in the classics years later, with his recent 2000 Guineas winner Poetic Flare being a grandson of New Approach. New Approach’s retirement to Darley Stud (alongside another Bolger-bred son of Galileo, Teofilo) gave Sheikh Mohammed access to Galileo’s bloodline and, ten years after New Approach’s Derby win in Princess Haya’s colours, his son Masar became the first Derby winner in the royal blue of Godolphin.

Masar surely won’t be the last of Galileo’s grandsons to win the Derby. A look at the 29 colts remaining among the entries for this year’s race after the latest acceptance stage shows that Galileo, now aged 23, is either sire or grandsire of around half of those left in.

Bolger and New Approach could be represented by the Irish 2000 Guineas winner Mac Swiney but it’s Frankel who holds the strongest hand among Galileo’s grandsons with his five possibles including Hurricane Lane, Mohaafeth and John Leeper who all made big impressions winning their trials. Frankel – Galileo’s masterpiece – never contested the Derby himself, of course, but he went close with Cracksman, third when favourite in 2017, and he has already sired an Oaks winner in Anapurna.

But it’s Galileo’s own sons Bolshoi Ballet and High Definition who head the Derby betting. While High Definition was the long-time ante-post favourite, he has since been usurped by his Ballydoyle stablemate who has taken a familiar route to Epsom.

Twenty years after his sire, Bolshoi Ballet made a successful reappearance in the Ballysax Stakes and then followed up with an impressive six-length victory in the Derrinstown Stud Derby Trial which suggests he could well continue to follow in his father’s footsteps at Epsom too.