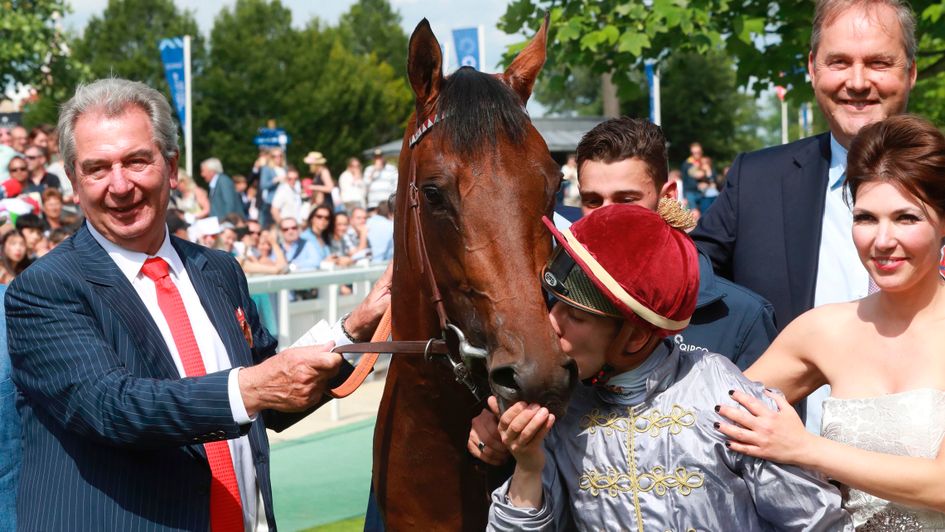 The final weekend of the Deauville August Racing Festival is here and Sunday’s glorious eleven-race card certainly does not disappoint.

The €200,000 Group Two Lucien Barriere Grand Prix De Deauville (16.00) is the feature of the afternoon, along with a brace of Group Three races in which the British are strongly represented.

The power-packed card is the perfect way to cap what has been a top-class month of racing at the track and as always, our man in France Jason Kiely leads the way and highlights some key players throughout the afternoon’s action.

With many trainers keeping their powder dry until the Qatar Arc Trials days at ParisLongchamp in two weeks-time, the Group Two Lucien Barriere Grand Prix De Deauville (16.00) sees only five runner go to post. Local trainer Jean-Claude Rouget has been in scintillating form of late and has been operating at a 25% strike-rate all season.

Despite his success, last season’s champion trainer has never saddled the winner of this prestigious contest, but that should change on Sunday.

The Rouget-trained Glycon heads the market for Sunday’s showpiece, the five-year-old is easily clear on figures and should be difficult to beat.

Although he had never run over further than 2,000m prior to his superb performance when landing a Group Three over course and distance (2,500m) three weeks ago, Glycon had always threatened to be a high-class stayer and the Grand Prix De Deauville looks tailor-made for the progressive gelding.

Held-up that day, Glycon travelled strongly throughout the contest and when angled out by Cristian Demuro, the son of Le Harve kicked clear of the field and galloped through the line impressively. With the likes of Mogul, Star Safari and the re-opposing The Good Man behind him that day, connections can be confident that was a true performance and that this is Glycon’s optimal distance – he should claim a sixth success from only ten career starts.

Andre Fabre has taken the Grand Prix de Deauville on eight separate occasions and saddles Sublimis in this year’s contest. Although proven over this distance, the five-year-old he has always fallen short at Group level and could be vulnerable to a progressive sort such as Glycon, or even the German raider Sea Of Sands.

The only three-year-old in the field, the latter is in receipt of four kilos from his four rivals and if excusing his flop in the German Derby, then the son of Sea The Stars comes right into calculations.

He saddled three runners at the track two weeks ago and returned to Newmarket with two Group successes and over €330,000 in prize-money. Trainer William Haggas returns to Deauville this weekend – this time with two runners, Light Refrain and Johann.

Light Refrain looks the more interesting of the Haggas-trained pair and the three-year-old ticks a lot of boxes ahead of the Group Three Barriere Prix De Meautry (14.50).

Already a Group Three winner following a demolition job at York on her penultimate start, Light Refrain faces a stiffer task this weekend but a return to good ground should suit the daughter of Frankel.

Bred and owner by The Queen, the 107-rated Light Refrain is well suited by the straight 1,200m and could be worth forgiving her recent lacklustre performance at The Curragh where she started 6/4 favourite. Tom Marquand gets back aboard the filly this weekend and if reproducing her York run then Light Refrain should take a large chunk of the €80,000 prize fund for the in-form Haggas yard.

On paper, Fabre’s Duhail looks difficult to oppose and may well be too good for Light Refrain but the gelding is back down to 1,200m for the first-time in over 16 months. Fourth in the Group One Sussex Stakes at Goodwood last month, Duhail is burdened with a 2kg penalty for his Group Two success at Saint Cloud earlier in the year, although that was over 1,600m.

Fabre has not trained the winner of the Prix De Meautry since Twafeaj back in 1993 and considering the strong recent record of fillies in this contest, it is worth keeping a close eye on not only Light Refrain but also John Quinn’s Keep Busy, or even Charlie Fellowes-trained Vadream.

PRIX QUINCEY - A RACE TO SAVOUR

Although not the principal race on the card in official terms, the Group Three Barriere Prix Quincey (15.25) sees 11 progressive sorts go to post and should not be missed.

Last year’s second We Ride The World has been in terrific order this season (much like his trainer Charley Rossi) but may fall foul to some unexposed rivals this time, in what looks a much deeper contest.

Young trainer Gavin Hernon has recently been re-appointed as the trainer of National Service and although he falls short on official figures, the progressive four-year-old can prove dangerous.

Already a winner of a Group Three (when trained by Hernon) the exceptionally large gelding may benefit from Deauville’s straight 1,600m track and a return to the Hernon yard, who have been in fantastic form recently. Hugo Journiac takes the ride on National Service and will be the seventh jockey to partner the son of Elusive City in only seven career starts.

The Nicolas Clement-trained Now We Know looked well capable of handling a step up to Group Three company when landing the Grand Handicap De Deauville recently. The son of Kendargent showed an exceptional turn of foot to take the valuable handicap and can make his presence felt.

Although the stats are heavily against her (no three-year-old filly winner in last 15 years), the Godolphin-owned Alpen Rose is the joint highest-rated in the field and considering she gets weight off all ten of her rivals, it could be worth overlooking those trends. Trained by Henri-Alex Pantall, Alpen Rose has been placed second at Group level on her two most recent starts.

A BIT OF FUN

Like every year at Deauville, the last race of the festival is the trainers' race – the Prix Barriere Des Entraineurs (18.10).

Run over 1,500m, participants must hold a current trainers licence and are only allowed ride ‘hands and heels’ style.

Trained by fellow Englishwoman Jo Hughes, Cinquain has plenty to do on the figures and even if given a Carberry master-class ride, the filly may find Asanda too good. Owned and trained by her jockey Edwourd Monfort, Asanda looks laid out for this contest by Monfort – one of the shrewdest trainers in France.