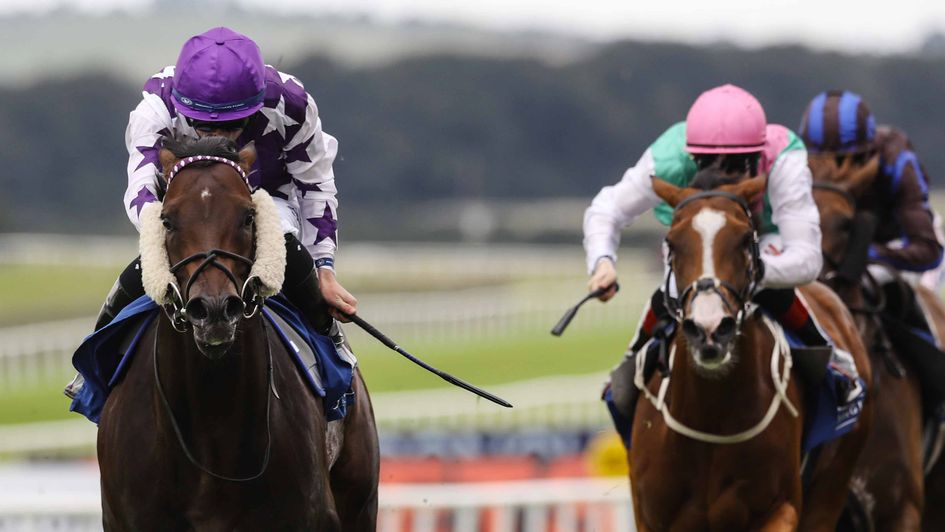 A review of the rest of the action from Saturday's meeting at the Curragh where Go Bears Go returned to winning ways.

David Loughnane’s Go Bears Go made every yard to get back to winning ways in the Rathasker Stud Phoenix Sprint Stakes .

Away well in first-time cheekpieces, Rossa Ryan was always at the head of affairs aboard the son of Kodi Bear and showed tremendous tenacity to keep finding when challenged in the closing stages, holding off Ano Syra to record a one-and-a-quarter-length victory.

It was the second time the Amo Racing and Omnihorse Racing-owned colt has struck at the Kildare venue, having also landed Railway Stakes as a two-year-old, and the all-the-way victory was the perfect way for the speedy three-year-old to build on his second in the Hackwood Stakes at Newbury.

There was no joy for fellow UK-based raiders Wings Of War and Dubawi Legend, who finished fourth and fifth respectably.

Loughnane said: “It’s easy to train a good horse. He loves it here – three runs, two wins and a third in the Phoenix Stakes last year where I thought he was a bit unlucky in the wrong part of the track with a strong headwind. He disappointed in Royal Ascot but just got out of the wrong side of the bed, overheated and didn’t run his race.

“He’s only been out of the frame twice in his life and is an absolute pleasure to train. He’s a horse that I hold very close to my heart and probably always will. He’s a terrier and would step into a ring with Mike Tyson – he’s afraid of no one. The longer they come at him the better he is. I’d love to see him over seven.”

Go Bears Go was cut to 12/1 from 16/1 for the British Champions Sprint Stakes at Ascot by Paddy Power and Betfair over a track and trip Loughnane’s stable star was successful over earlier in the season.

But Loughnane revealed an American adventure was on the cards for Go Bears Go, possibly followed by a trip to Paris.

He said: “At the moment the plan is to head to Kentucky Downs on September 10. There is a Grade Two over there worth a lot of money over six and a half furlongs and then possibly a tilt at the Foret in October. He doesn’t want too long between his races, he gets a bit bored. He wants three weeks, maybe four, and he loves travelling. This race worked in nicely.”

Al Riffa looks booked for bigger things after taking the John Ormonde Wexford Sand Irish EBF Maiden at the Curragh – a victory that gave Joseph O’Brien the 1,000th success of his training career.

Runner-up on debut here last month, the Wootton Bassett colt was ridden prominently throughout by Dylan Browne McMonagle and supporters of the well-backed 1/2 favourite will rarely have had a concern.

Assistant trainer Brendan Powell said: “Dylan said he jumped off smarter today and was up there. He’s so big and still immature, but he’s come on bundles for his first run. The future is bright with him and he could be anything. He’ll stay well. Once he started niggling he felt he had to kick when he did. He said he kept quickening from two out all the way to line. Even a stronger gallop would have suited him.

“He seems to go on this quick ground for a big horse. Dylan said he’d be better with a little cut in it. They have mentioned National Stakes and you would have to talk about that with him. For the size of him I think he’s going to be a cracking three-year-old.”

The landmark win has come for O’Brien in just over six years with a licence, and Powell added: “It’s phenomenal what he has done at his age. Joseph is in Saratoga with a runner tonight and a couple tomorrow.” 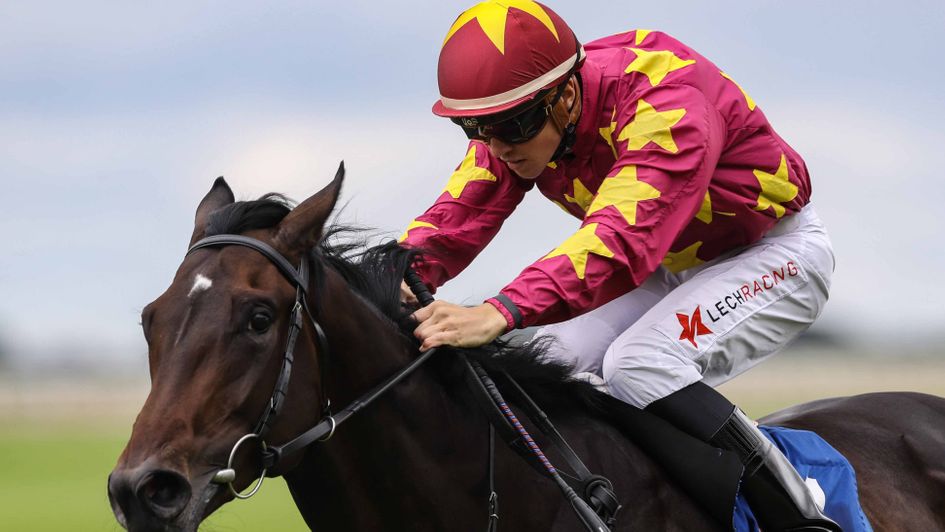 Al Riffa strikes at the Curragh

The Paddy Twomey-trained Shelton (4/1) was another to benefit from a prior outing as she stayed on strongly for victory in the Loder Irish EBF Fillies Race.

Twomey said: “I think she’s a nice filly and she learned from her debut. I was hoping she’d run a nice race coming here and delighted the way she won. I haven’t thought past today, but she has an entry in the Debutante and the Moyglare. I think seven is no problem and we’ll talk to Billy (Lee, jockey) and regroup. He said she should be well capable of stepping up in class.

“The trainer would love to take baby steps, but he might not be allowed!”

But just as happy as winning trainer Johnny Murtagh would surely be Aidan O’Brien, whose Quality Road colt Cairo showed bags of potential in almost running down the 5-2 favourite after finding his feet late in the day.

Murtagh said: “I fancied her the last day, but Ben (Coen) just thought she didn’t get home. She worked well during the week and Ben said she’s getting a bit quicker with racing.

“There is a five-furlong Listed race here next weekend so if she’s OK, and she’s been taking her races well, we might bring her back out again quickly and give her a shot at it. Ben said she pulled up a bit when she hit the front as well. She travelled very strongly today for most of the race.”