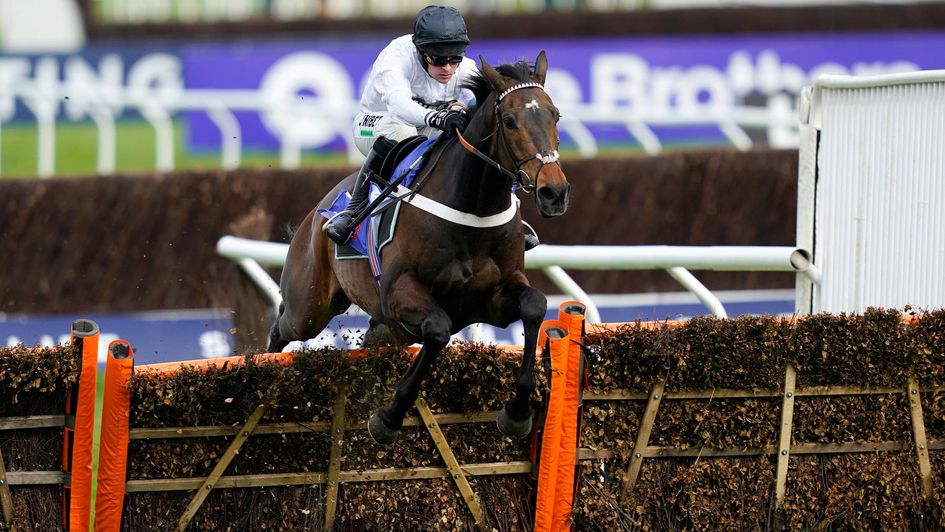 Nicky Henderson is looking forward to “a proper Grade One” race after confirming Constitution Hill and Epatante will clash in Saturday’s Betfair Fighting Fifth Hurdle at Newcastle.

The track are already watering to ensure the surface doesn’t dry out beyond the current description of good to soft, soft in places, and the master of Seven Barrows, who took last year’s brilliant Sky Bet Supreme winner out of the Coral Ascot Hurdle at the weekend, is ready to run him.

“Michael (Buckley) and I have discussed it ever since the weekend and it was really a toss up between coming for the Fighting Fifth or waiting for the International at Cheltenham.

“Michael quite rightly decided on Wednesday he’d like to go to Newcastle. Originally, he wasn’t quite so keen on it with the train strike etc but he said let's go there, the horse is fit and well and if you wait another fortnight anything can happen.

“Bear in mind the weather could stay as it has been down south. I’ve just been walking around Newbury, and we got drowned this morning and they’re having to chuck water on it still to keep it on the good side.

“So there’s the risk Cheltenham could stay as it was for the last meeting and we can’t risk that. We decided we had to get on and go. He was very fit and very well last weekend and hopefully touch wood he still is this weekend and ready to go.

“Perhaps in the beginning we were hoping he and Epatante wouldn’t have to meet at this stage of the season, but the dice have gone that way and we’ve got to let them both run.”

Given the Fighting Fifth is one of only three Grade One two-mile hurdles on the British calendar, why wasn’t Constitution Hill pointed there in the first place?

“One, Michael was quite keen to stay local, Ascot is a very fair track and two miles three wasn’t going to worry anyone," Henderson said.

“The prize money was excellent, it was only £5000 less than the Fighting Fifth and we split them up. Epatante was always going to go to Newcastle, she’s won it twice and it leads you into the Christmas Hurdle which is the obvious thing for her.

“The International leads you into virtually nowhere. You have 19 days for the Irish race or the 21st January for the Haydock Trial so it doesn’t slot into the programme at all.

“The Grade Ones are patterned – by coming here you get into the Christmas Hurdle and by running at Ascot it would have brought Constitution Hill into Kempton too. If they had to meet anywhere the idea was, they were to meet there. It’s a proper Grade One race at Newcastle now.”

Connections feel Epatante is further forward for Saturday’s showpiece than she was 12 months ago when JP McManus’ mare had to settle for a share of the spoils with Not So Sleepy.

“Her prep has been good and identical to last year and the year before. Newbury always have a gallops morning for the Coral Gold Cup weekend. Epatante has always galloped on that Tuesday and did so again – she had a nice spin round over two miles and worked again on Monday morning and that’s her done with," Henderson added.

“Aidan Coleman’s feeling on her was she’s possibly further ahead than what she was this time last year. She did only dead-heat and might have improved for it at Kempton next time. It was a messy race going to the last and she did get held up a bit though.

“She was mightily impressive in the Christmas Hurdle afterwards and we think she’s very well. She’s very good, she won three Grade Ones last season and got as close to Honeysuckle as any horse did last year.

“She’s every right to be at the top of a Grade One race but the trouble is we just don’t know what this Constitution Hill is. All summer we went back looking back at it and felt they were freakish performances on all three occasions last season. 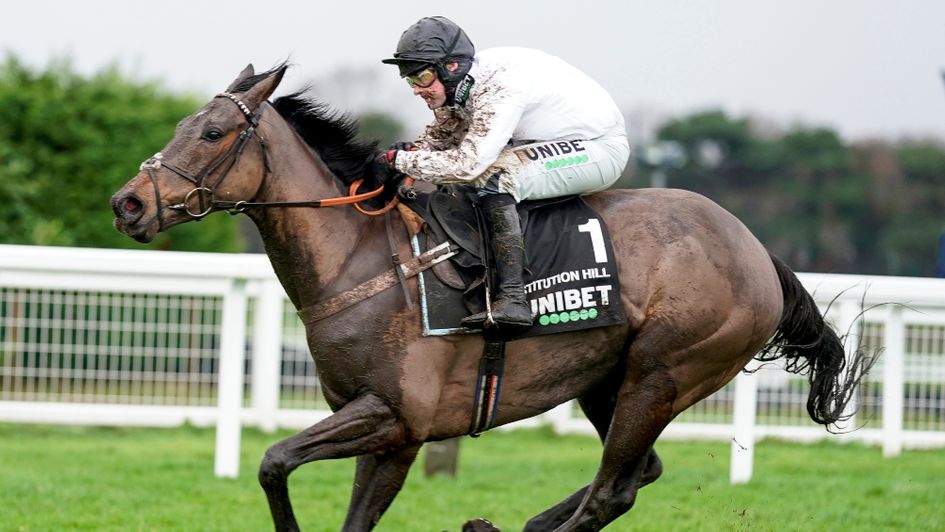 Constitution Hill is out on his own in the Tolworth

“The Tolworth was the first glimpse we had of what might be there and the Supreme was ridiculous, that he could do that to Jonbon who I thought was seriously top class but everything that has been going on at home has been giving us the same vibes that when you press this imaginary button he’s exactly the same as he was last year.”

Explaining the decision to water, Newcastle clerk of the course Eloise Quayle said: “I’m predicting good to soft, we are currently lovely good to soft ground with the odd soft patch and we’re starting watering which I understand will raise a few questions but you have to think about we loads of winter ground horses waiting for winter ground.

“It’s irrespective of who’s coming, there are loads of lower-grade horses looking for the ground too and on the basis we’ve changed from soft, good to soft in places only three days ago to now good to soft, soft in places I want to make sure we don’t go any quicker than that really."

Barry Orr, spokesperson for the sponsors, is delighted at the prospect of a race to savour.

He said: “As sponsors we are obviously delighted with the news. It’s not only great for the race but also for the National Hunt game in general that Nicky, with the respective owners, have elected to run both horses. That competitive element has been sadly lacking in recent renewals of the race, but this is a step in the right direction and will make the Fighting Fifth the must watch race of the weekend.”