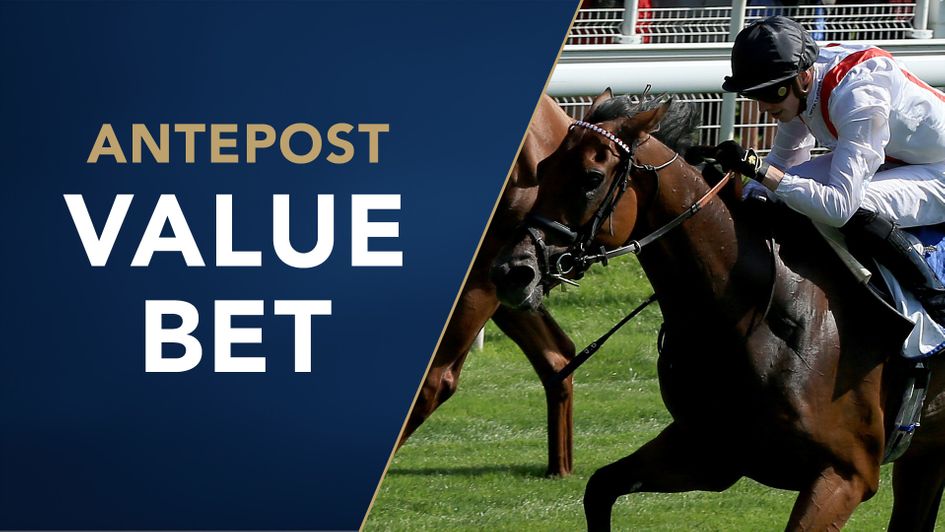 Matt Brocklebank looks ahead to QIPCO British Champions Day 2021 and identifies four attractive bets including a 33/1 chance in the Champions Sprint.

Take on Trueshan with one from the Haggas clan

Three races really stand out among the five already priced up in advance of QIPCO British Champions Day at Ascot and we’ll tackle them in chronological order.

First up is the Long Distance Cup, won in convincing fashion last October by Alan King’s Trueshan. He’s had a fragmented campaign this time around, having prepped for Royal Ascot in the Ormonde, subsequently skipped the big meeting on account of the quick ground, then returned under top weight when finishing sixth in the Northumberland Plate on the Newcastle Tapeta.

The five-year-old put those defeats behind him with a nice performance in the Goodwood Cup, providing his trainer with a first Group One on the Flat, since when he’s avoided the Lonsdale Cup and the Doncaster Cup, so is expected to tackle the Prix du Cadran at ParisLongchamp before returning to defend his Ascot crown.

He’s a worthy favourite, with conditions bound to be more in his favour come the middle of October, but he was 11/1 on the day last year and is no bigger than 2s now so we can certainly look to take him on with a potential improver.

Aidan O’Brien has won the race with Fame And Glory (2011), Order Of St George (2017) and Kew Gardens (2019), and perhaps Wordsworth will emerge as the number one candidate this year after The Mediterranean was put in his place by Search For A Song on his first crack at two miles at the Curragh on Sunday.

Dermot Weld’s mare is very classy on her day and was second behind Trueshan in last season’s Long Distance Cup but she doesn’t possess much scope for further progress and was halved in price to around 6/1 after her weekend success.

The one to be backing at this stage is HAMISH, whose odds should arguably have been cut further on the back of his Kempton success at the start of September.

A best of 16/1 for Ascot going into that race, he can still be backed at 10s with most firms which is attractive enough for me given his unexposed profile and proven well-being. 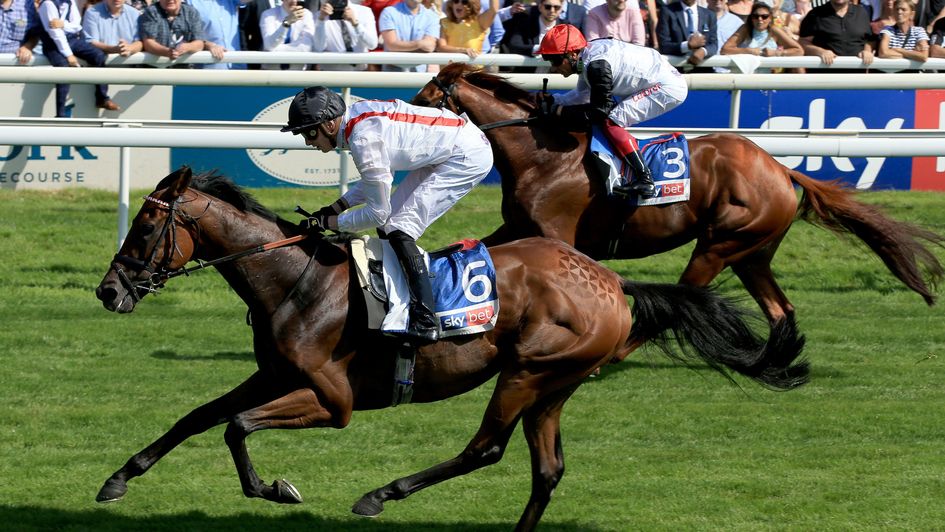 To be fair, the Haggas team have never really shied away from stating how highly they regard the son of Motivator, who bolted up in the 2019 Melrose before ending that season with a neck second behind Trueshan in a conditions race over the extended mile and five furlongs at Newbury.

He was fourth in the Hardwicke on his only outing last year but missed the rest of the campaign with a tendon problem. Despite having to miss the Sky Bet Ebor when the rain didn’t quite arrive in time last month, he teed himself up beautifully for Ascot by beating Hukum on his return in a Kempton Group Three over a mile and a half.

That was a seriously smart performance – the 114-rated Hukum was still just about on the verge of the Arc picture at the time – and he won with loads in hand despite the neck verdict. Stamina for two miles obviously has to be taken on trust now but it was a true slog (soft) when he won at York and another couple of furlongs on Champions Day looks absolutely made for the horse.

He could well be second-favourite on the day if Stradivarius swerves the mud and is clearly the value to exact revenge on old foe Trueshan.

Great Weston performance would come as no shock

Participation of some of the early market principals in the Champions Sprint, including Starman, looks up in the air so I’m taking a flier on the Joe Murphy-trained GUSTAVUS WESTON at 33/1.

I was quite keen on his chances of running a big race in the Betfair Sprint Cup on the back of his impressive Curragh win when conceding loads of weight all round in Group Three company, but connections opted to hang fire with the ground in the north west of England riding unusually quick that weekend. 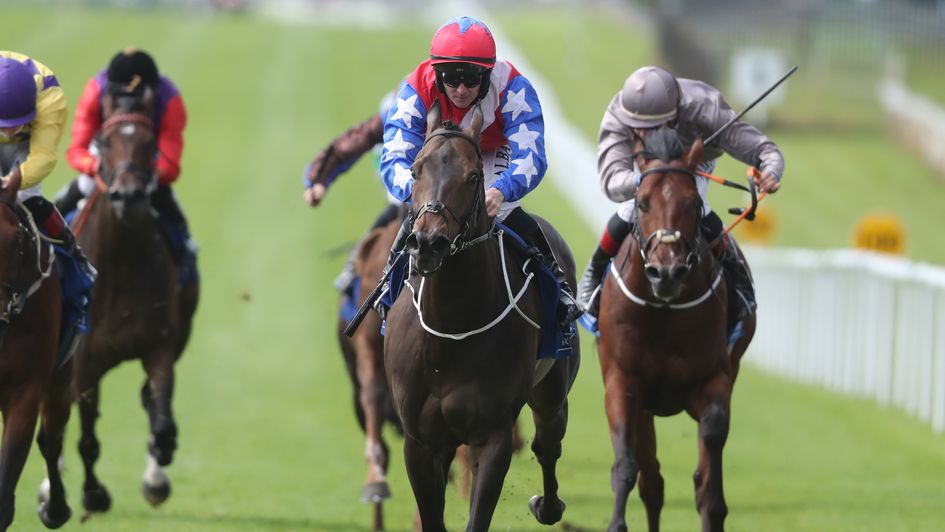 Gustavus Weston in winning form at the Curragh

Instead they were almost forced to drop him back to the minimum trip in the Flying Five over Irish Champions Weekend and, with the going described as good, he put in a very creditable performance to finish sixth.

At 8/1 that day, he was a shorter price than both Romantic Proposal and A Case Of You, who fought out the finish, which shows how highly he sits in the pecking order this season. That result also proves the Irish-trained sprinters can definitely mix it with the best of the Brits right now – something that hasn’t always been the case in the past.

The Irish have failed to win this since it was upgraded to G1 status in 2015 but Maarek, Slade Power and Gordon Lord Byron took the prize back over the Sea in the three preceding years and the strong-staying Gustavus Weston (was tried over seven furlongs last year), who has clearly matured and strengthened up a lot this year, looks made of the right stuff if the going gets tough.

He missed an engagement in Saturday’s Renaissance Stakes at the Curragh which is hopefully a statement of intent, with Ascot the big end-of-season target.

Look to the North for Champion value

I can happily sidestep the fascinating match-up between Palace Pier and Baaeed in the QEII at this stage, with the pair trading at 2/1, likewise the Champions Fillies & Mares Stakes which is a pretty chaotic market in truth.

But there's definitely a bet or two to be had in the QIPCO Champion Stakes.

Juddmonte International winner Mishriff has had another very good campaign and he’s clearly among the world’s elite at this sort of trip, but he makes very limited appeal at a best-priced 7/4 so far out with a 0-2 track record, including when completely bombing out on soft ground in this race last autumn.

With St Mark’s Basilica – widely considered to be heading for stallion duties – and the seven-year-old Addeybb next in the betting, it’s really tempting to cast the net even further.

One who came quite close to making the staking plan is Richard Hannon’s Snow Lantern (20/1), who has yet to race over this 10-furlong distance but promises to be suited by it when the opportunity comes along, based on her fine pedigree and the way she’s been shaping over a mile on her last couple of starts.

She’s on course for next Saturday’s Sun Chariot Stakes at Newmarket so Hannon clearly isn’t mad keen on the idea of stretching her out just yet, and despite the Champion looking a nice option if all goes well at the weekend, there’s clearly a chance she could be put away for the year without going to Ascot at all (she’s also entered in the QEII).

So with that in mind, the first one I’m willing to chance at the prices is LORD NORTH. 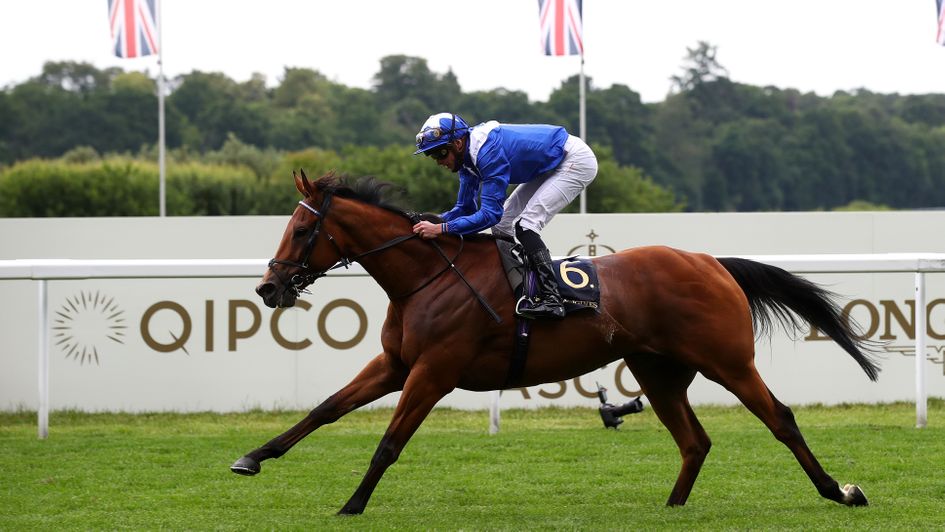 The Gosdens obviously have the favourite here too but Lord North and Mishriff both ran in the Champion Stakes last year, and they went off at quite similar prices (11/2 and 4/1) which makes sense given there was only a couple of pounds between them on official figures at the time.

That ratings gap is now 4lb on account of subsequent exploits but Lord North has been massively restricted, having had just the one run in 2021 after signing off last year with a good fourth to Tarnawa in the Breeders’ Cup Turf.

That one run yielded a three-length victory in the Dubai Turf at Meydan in March, where it was reported post-race that he'd suffered a bleed. Due to defend his Prince of Wales’s Stakes crown at Ascot in June, he was declared a non-runner due to the rattling-fast going, and he’s not been sighted (or mentioned much) since.

The layoff doesn’t concern me at all, though, given the horse’s excellent record when fresh (form after 100+ days away reads 1211) and he’s clearly far more likely to get some dig in the ground if he’s being lined up for this.

French hope ghosting into it under the radar

I'm also throwing a few quid the way of SEALIWAY who could make odds of 66/1 look silly if turning up here.

He too went to the Breeders' Cup and he didn't perform badly in Keeneland when fifth in the Juvenile Turf, but it was his previous run when taking the Prix Jean-Luc Lagardere apart that really struck me. It was a weak Group One, Nando Parrado finishing second as the odds-on favourite, but Sealiway positively cruised through the heavy (completely poached) going to win by eight lengths.

That was branded something of a fluke and he's hardly taken the French Classics by storm as a three-year-old, but he was suddenly right back on his game again when last seen, finishing second to St Mark's Basilica in the Prix du Jockey Club at Chantilly.

St Mark's Basilica form heading to the Arc! @ChehboubPauline confirms Sealiway is going for the big one at @paris_longchamp next Sunday...

He stayed on well there, which has seemingly prompted his trainer into dreaming of a shot at the Arc de Triomphe, but I'd much prefer his claims over a mile and a quarter on testing ground at Ascot, a race won by French raiders four times in the past 15 years.

It remains to be seen whether they take the plunge next Sunday, but even if he lines up there he could still take in both races as they're a fortnight apart and he's a very fresh horses after just the three runs this year. And if Sealiway happens to run and run well in the Arc then he's unlikely to be 66/1 for Ascot for too long.

What is the total prize money on offer: £4 million