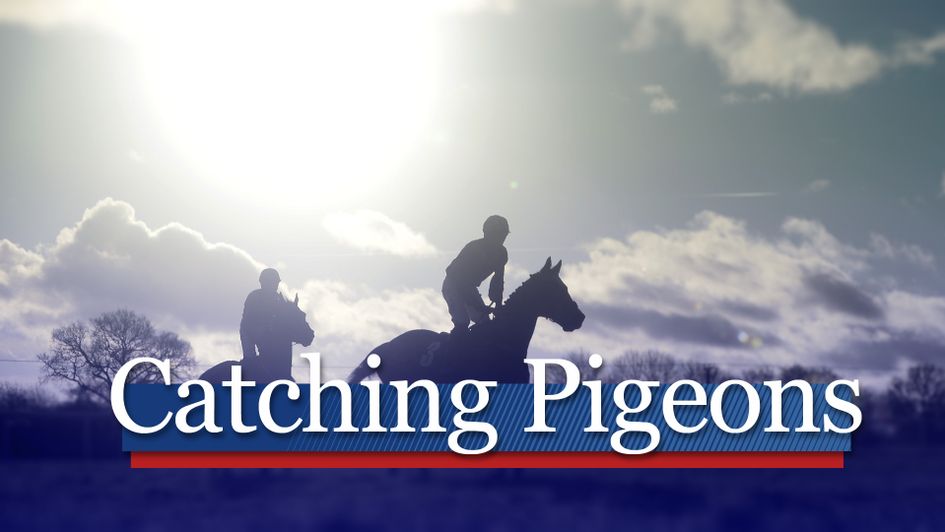 Latest racing tips from around the major training centres

Our top gossip column returns and is expecting Clive Cox to enjoy an afternoon to remember at Newmarket on Saturday.

Cobh can make it three wins from four starts in the Group Two Juddmonte Royal Lodge Stakes at Newmarket on Saturday. This looks a slighter weaker than average renewal of this race and Clive Cox's colt boasts some very good form, most notably a second to the unbeaten Chindit over an inadequate seven furlongs at

He then registered a game win over Fancy Man at Salisbury on his latest start and Cobh has pleased his trainer since that outing. The fact there is likely to be a bit of juice in the ground will be another plus.

Supremacy, a stablemate of Cobh, recorded a very good time when he won the Richmond Stakes at Goodwood and should give highly-rated and strongly-fancied Lambourn rival Minzaal plenty to think about in the Group One Juddmonte Middle Park Stakes.

Although at his most effective on good ground, he should be able to handle a little bit of give in the surface and is in great form.

Bell Rock will have the benefit of champion jockey Oisin Murphy in the saddle and looks solid each-way material in the Bet365 Cambridgeshire.

Andrew Balding has trained the lightly raced four-year-old with this race very much in mind, knowing all too well that this unique nine furlong cavalry charge on a course which suits him well will play to his strengths. His recent work has been of a high order and connections are more than hopeful he will make his presence felt in what looks a very open and high-quality handicap.

Alcohol Free, a stablemate of Bell Rock, could be the each-way option in the Group One Juddmonte Cheveley Park Stakes. An impressive winner on her debut at Newbury last month, she tried her luck in a Group Three at Salisbury three weeks ago and ran a very good race from her outside draw to finish second to the more experienced and battle-hardened Happy Romance.

Andrew Balding's filly faced a tough task from her high draw in that event and looks open to plenty of improvement.

Lord Riddiford should give old rivals Count D'orsay and Came From The Dark plenty to think about in the Close Brothers Motor Finance Group Handicap at Haydock.

A winner at Chelmsford in March and a creditable fifth to Caspian Prince on his only run since the end of lockdown, he has been given a wind operation by John Quinn and his canny trainer has him in good nick for his return from an 11-week break. Whatever he does here, he should pay to follow in the weeks ahead.

Luckofthedraw can repeat his 2019 success in the Than You Ferry Ales Brewery Handicap Chase at Market Rasen. Nigel Twiston-Davies delivered this still relatively unexposed seven-year-old in prime nick to win with a little in hand 12 months ago and the Naunton trainer has had this race in mind for some time for his seasonal return.

Very much at his most effective as a fresh horse, Luckofthedraw's training has gone well, and he should go close for what will be his first appearance in the vibrant colours of the increasingly successful Noel Fehily syndicate.

Nicky Henderson is starting to ramp things up at Seven Barrows with a number of his team working on nearby Mandown with his regular gallops on the Faringdon Road still a little too fast for the champion trainer's liking.

Go Chique was straight enough to win on her debut in a bumper at Southwell earlier this month and is expected to follow up in the Thank You Supportive Badge Holders Mares Novices' Hurdle. Henderson has a great record in this type of event and Go Chique receives weight for the useful pair Mrs Hyde and Perfect Myth.

Rockin' N Raven has shown some ability over seven furlongs and a mile but his breeding suggests he will be more effective over this more demanding ten furlongs and, with his trainer Sylvester Kirk in decent form at present, looks worth taking a chance on in the division one of the CCR Handicap at Chelmsford.

Best bet on Sunday could be Modmin in the Star Sports Owners Guarantee Handicap at Nottingham. Marcus Tregoning thinks plenty of this lightly raced three-year-old, who confirmed the promise of his comeback effort at Chepstow with a runaway win at Goodwood four weeks ago.

This is a much tougher test, but he looks nicely weighted with a mark of 80 and is fancied to follow up.