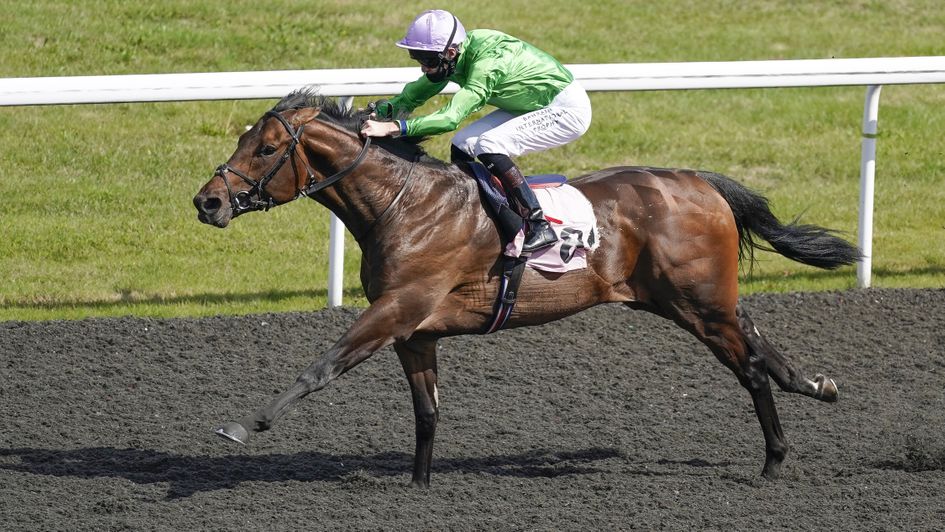 John Gosden has won the bet365 Cambridgeshire Handicap five times in the past - is the lightly-raced Uncle Bryn the yard's latest rising star?

Is Uncle Bryn a Cambridgeshire certainty?

Given he’s already clear market leader at a general 5/1, one could be forgiven for thinking one-time Derby hope Uncle Bryn was the best-handicapped horse in Saturday’s bet365 Cambridgeshire.

It could obviously be argued that John and Thady Gosden’s lightly-raced horse is precisely that, and he certainly has the potential to go on and become a Group horse in time, but contrary to popular belief the official ratings indicate Uncle Bryn is currently 2lb ‘wrong’ under the 4lb penalty for winning on his return from a break at Ascot last month, having only been nudged up 2lb from 99 to 101.

Proven over the trip and happy on top of the ground, there is a lot to like despite having no experience of the Rowley Mile track. Could he still have further improvement in him after the summer gelding operation? Almost certainly.

Is he a good bet at current odds? Possibly not, according to the official assessor at least.

If not the Gosden ‘good thing’, then who?

Well, the other Gosden(s), of course…

Halling was 8/1 co-favourite when the Cambridgeshire love affair began for John Gosden in 1994, while Pipedreamer (5/1 fav) and Lord North have also landed gambles for the Clarehaven team, but the Cambridgshire isn’t always quite so simple.

Two of the last three Gosden-trained winners returned odds of 25/1 (Tazeez) and 11/1 (Wissahickon) and they’re never shy when it comes to running two or three in the race.

Magical Morning – rather like UB, he was gelded and spent some time off the track before returning with a promising run in the Royal Hunt Cup, something he built on to win from Maydanny at Sandown in early-July. He’s flopped at Goodwood (not for the first time) and run a belter at the Ebor meeting since then, but has been climbing the weights all the while and is now 7lb higher than when bagging the Coral Challenge in the summer.

Al Rufaa – repetition, I know, but rather like UB, he was gelded and spent some time off the track before returning with a promising run at Goodwood. Eased 2lb on the back of it, he surely emerged as the best horse in the race when forced to play second-fiddle behind the enterprisingly-ridden Marshal Dan at Sandown earlier this month. He bolted up in a seven-furlong handicap on the July Course at HQ from a mark of 97 last August and is a mere 3lb higher at present. Obvious snag is that his sole blowout to date came when finishing with just two behind under Dettori in last year’s Cambridgeshire.

Poet Of Life – here’s the interesting one, although being a son of Frankel whose two wins to date have come on good to soft going, the weather Gods don’t necessarily look like playing ball for Peter Brant’s colt (runs under White Birch Farm Syndicate banner). He looked bound for big things when defying a penalty in a Doncaster novice on July 31 and although beaten as the 7/4 fav on handicap debut at Sandown since, that first run against elders may just have helped put hairs on the boy’s chest. The handicapper has left him alone on a mark of 96 and it’s not hard to agree that more evidence is required to know precisely where we sit with this horse and his raw ability.

Can the Gosden juggernaut be stopped?

No doubt testing times for Owen Burrows and anyone closely connected to the Shadwell operation, so winning the Cambridgeshire with Anmaat would no doubt come as a timely fillip.

He’s made the track six times in all and has yet to run anything bordering on a bad race, five starts this year yielding three wins including handicaps at Bath and Doncaster on his two most recent outings.

The progressive three-year-old seemed to love skipping over the quick ground on Town Moor so a warm week is a major plus for his chances and he sneaks in under a 4lb penalty, which leaves him 2lb ahead of the handicapper.

Of the 70 horses still engaged, only two others are officially well-in, namely the largely exposed You’re Hired (+1), and Richard Fahey’s Spirit Dancer (+1).

Fahey – winning trainer in 2015 courtesy of Third Time Lucky – will have taken heart from his gelding’s near-miss at Chester last time and the return to a more galloping track is bound to suit the impressive Newcastle winner.

Shadwell have another live candidate in the Roger Varian-trained Montather, while it's always something of a relief to see the antepost selection standing its ground at the five-day stage and early enthusiasm over Irish Admiral is also swelling given the weather forecast.

Ahead of the handicapper – bet365 Cambridgeshire