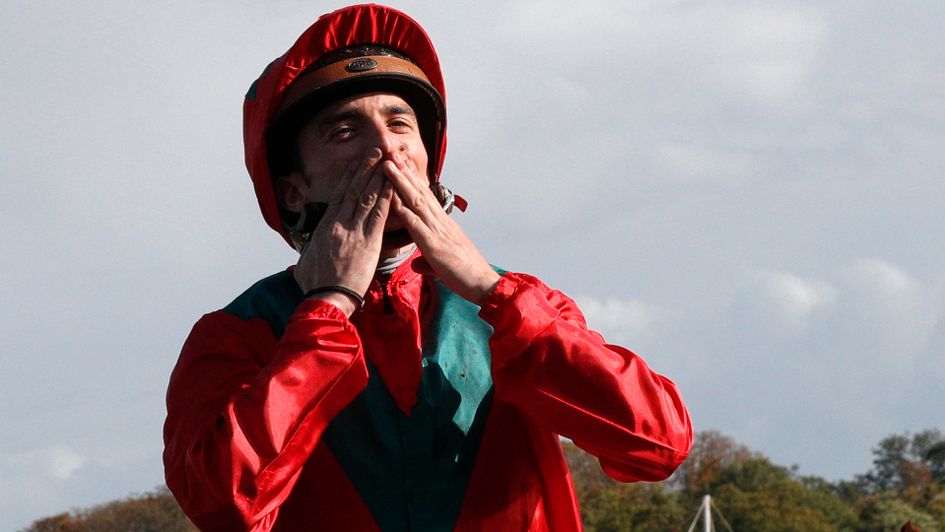 Three Prix de l’Arc de Triomphe victories. It proved beyond Enable. Amid the hustle and bustle of the Longchamp parade ring in the aftermath of Waldgeist’s victory it seems an impossible achievement again. Three Arcs. Three times the best in this annual pinnacle of the European Flat season.

The winner underlines just how hard it is. Waldgeist. Three times before today he’d trailed home Enable; in last year’s Arc, at the Breeders’ Cup and in the King George, so it was no wonder that the bookmakers and most punters expected him to be zero from four come Sunday evening.

But you have to go and beat them again. When Frankie Dettori kicked clear two out she looked like she had. On Betfair she traded at 1.06 in the run. The crowd, of over 40,000 of which over half were British, roared vociferously when Enable led at the two pole, but crossing the line the atmosphere fell flat. History would not be made, not today.

Except it was, in another way. Yet another win for 73-year-old trainer Andre Fabre. French champion trainer on 24 occasions. The most successful trainer in the history of the Arc, now eight times a winner. Trempolino was his first back in 1987, but his last before Waldgeist was 13 years ago. Rail Link. For Enable’s owner, Prince Khalid Abdullah.

Before the race he was asked what it would be like to beat Enable.

But it was the sticky and testing ground that was a key factor in John Gosden’s appraisal of her defeat.

“I did make the point before the race - she has this great turn of foot from the 400 to the finish line, and that’s going to be blunted in the ground, which it was.

“Stamina gave out with her over that trip in the intensity and pace of the race. I think it’s as simple as that.

“If the ground had been like last year - good to soft - I would have been very disappointed to have finished second, but I literally could see this sucker punch coming and I take nothing away from the winner, who is an absolutely brilliant horse.

“It’s great for racing. Sorry we didn’t quite pull it off, but when I walked the track with Frankie and the stick was going in that far, I thought, ‘Houston, we’ve got a problem here!’”

Dettori, too, felt the ground went against the 10-time Group One winner.

“The winner was too good for me today,” he said. “My filly was really tired to be honest, by the 200 I was a spent force then. I think the ground had a lot to do with it.”

The boy who beat Enable

So it wasn’t to be for Dettori. It was Pierre-Charles Boudot who won the Arc.

The 26-year-old jockey has been based at Andre Fabre’s all of his racing life, from being an apprentice at 16-years-old to Arc winner 10 years later.

Born into a racing family, his father, Marc, a successful jumps trainer in the Pary le Monial region of France, died when Pierre-Charles was just 15, but the business of breeding racehorses continues to this day.

In fact, Pierre-Charles, along with his sister, Marie-Gabrielle, and mother, Catherine, bred the five-times Grade One winner Defi Du Seuil, successful in the JLT Novices’ Chase at this year’s Cheltenham Festival.

Boudot loves jumps racing and is probably better built for that game. At 5ft 9in he’s had an incredible battle with his weight and the lowest he can do is 8st 7lb – and that’s a struggle.

But he’s been tremendously successful on the Flat, riding predominately for Fabre, of course, and Francis-Henri Graffard.

This year has been another stellar one in his career. His Arc win was his fifth Group one after victories in the Prix Ganay (Waldgeist), Poule d’Essai des Poulains (Persian King), Prix de Diane (Channel) and the Coronation Stakes (Watch Me).

His sixth came two hours after the Arc as he booted home One Master, for William Haggas, in the Prix de la Foret, just as he did last year. All this on the back of a four-timer on Saturday – some day, some weekend.

"It's unbelievable," he said in a press conference afterwards, via translation.

"Every jockey dreams about winning the Arc.

"When I first came past the winning post I was on cloud nine, I didn’t know what was happening.

"It was a very good pace, my horse was a bit colty and had to find his rhythm down the back. But he really came into his own in the straight, finishing well to catch Enable.

"You can’t be confident against a horse like her, but he had been working well in the mornings, so I was confident I was on a very good horse. Mr Fabre prepared him perfectly."

Indeed he did. But you sense this is not the last we'll hear of Monsieur Boudot, a jockey that won the greatest prize in French racing on Sunday, for the first time, but probably not the last.