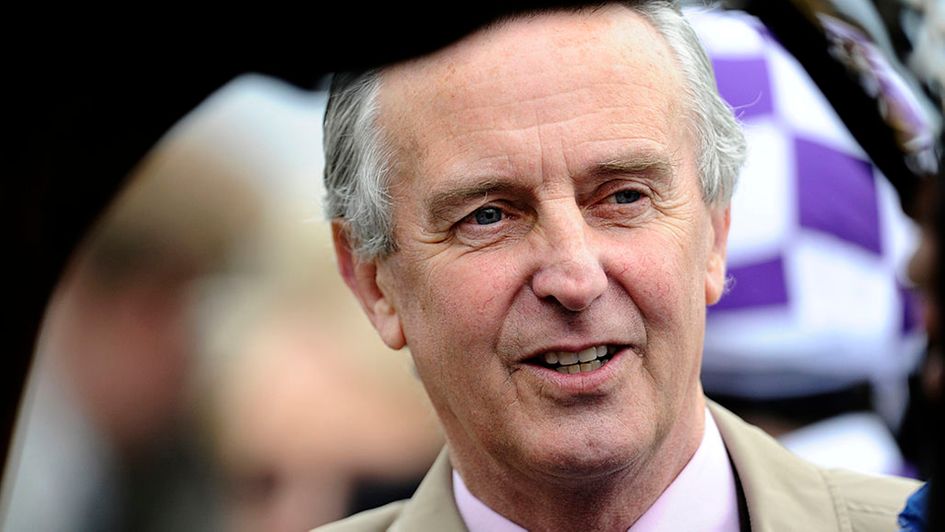 As he prepares to send the 2000 Guineas winner Poetic Flare to aim at Royal Ascot glory in the St James’s Palace Stakes, Jim Bolger has dramatically unleashed the biggest of feline contenders into horse racing’s off-course pigeon coop with stronger-than-ever words about “drugs cheats” operating within the sport.

During a purple patch for his County Carlow-based operation, Bolger, winning breeder/owner as well as trainer in both the Newmarket Guineas and the Irish version (with Mac Swiney), has talked during a number of the accompanying interviews about his belief that the use of illegal, performance-enhancing drugs is Irish racing’s “number one problem”.

He has also raised the likelihood that it is an issue in Britain too.

The authorities in Ireland, he has said, should be “stepping up to the plate” to ensure “a level playing field” in races because it is “like you coming down the Champs-Elysees on a Sunday in July [in the Tour de France] knowing that the fellow in front of you is full of dope and you’re going to be second, and on the other side of the podium.” 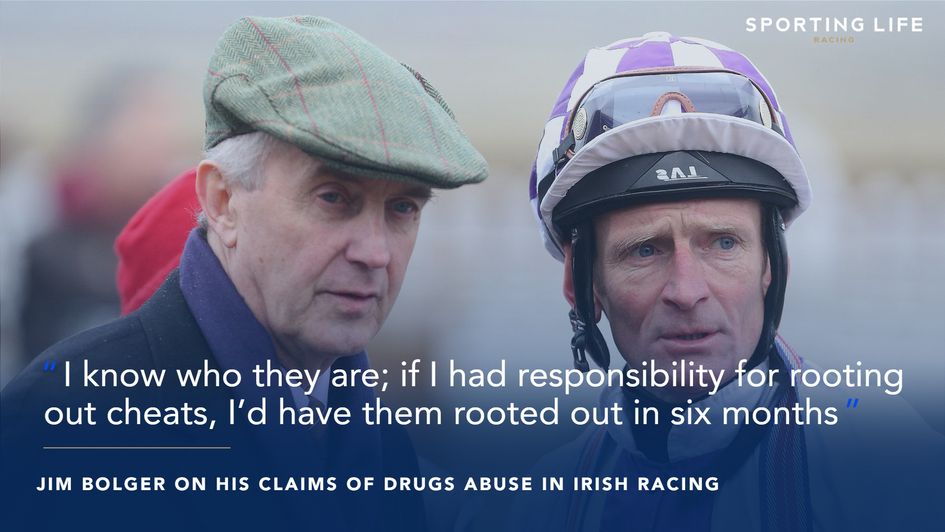 The reference when speaking to the website NewsReader.ie to cycling and to global sport’s most infamous medication scandal with the assertion that “there will be a Lance Armstrong in Irish racing [one day]” could hardly be more eye-catching – and not, of course, solely to a racing audience – while the insistence that “I know who they are; if I had responsibility for rooting out cheats, I’d have them rooted out in six months” will be interpreted as a clear swipe at the Irish Horseracing Regulatory Board (IHRB).

Reactions I have heard varied from “wow – Lance Armstrong: who can he mean?”, to grumbles comparing the IHRB – and indeed other regulators – to ostriches with their heads firmly in the sand on such matters, to a lament of “oh no, I’m sick of Jim banging on, and still not saying who he means – what’s he doing to the sport that’s made him?”

The suggestion that Bolger who has gained a giant reputation in pretty much every aspect of horse racing since abandoning accountancy and starting training in the mid-1970s, before broadening his expertise into thoroughbred breeding, is somehow just intent on inflicting damage is absurd.

His words should probably carry extra weight because during those years when he has trained and/or owned (in the name of his wife Jackie) and/or bred the winners of most of Europe’s major flat races, he has literally never been regarded as a rent-a-quote merchant, and the timing of what he has said when his stables have found a rich vein of form excludes any possibility of sour grapes.

Bolger, who will be 80 on Christmas Day 2021, has said naming names is not practical for legal reasons.

Discussions have taken place with the IHRB which is adamant that its house is in order, though vigilance remains paramount, but the Board’s own reputation has come under fierce scrutiny as, however hard it claims otherwise, many do not see its actions as being as robust as they might be – for example, no one has been publicly named as the person (people) behind the notorious 2018 nobbling at Tramore of Viking Hoard, the trainer of which is suspended for negligence for leaving the horse unattended during the time when it is believed the doper struck.

The fall from the cycling’s pinnacle of Lance Armstrong caused a dramatic evaporation of trust; public trust matters to that sport but even more so to horse racing and its future credibility. Whatever else people think about Jim Bolger, they cannot – they must not – ignore him.