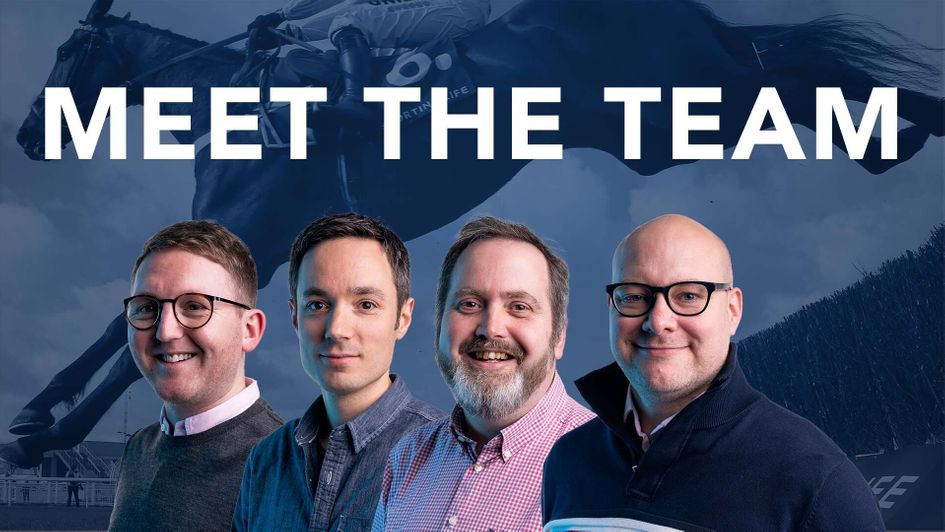 Scroll down to find out about our tipsters

Sporting Life's team of racing tipsters enjoyed a fruitful 2021 and have kicked off the new year in fine style.

Another profitable February saw the racing team finish the month 24.1 points in profit, meaning since the start of 2022 to February 28, the overall profit for Sporting Life's racing tipsters stood at +57.93 points.

All recommended bets can be found in our transparent tipping record, which has now passed 4000 points profit since the record began in 2003. 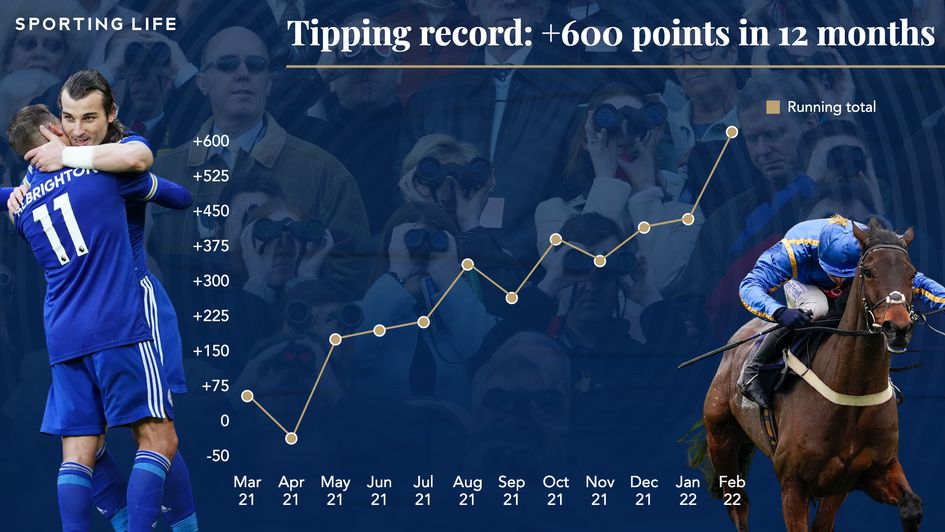 Here, you can read about our team of racing tipsters, their favourite horses, winners, and careers here at Sporting Life.

Bio: Ben is one of the longest serving members of the Sporting Life team, proving himself one of the best judges in the sport by creating Value Bet and building the column into a hugely popular and highly profitable tipping preview. Seeking to freshen up the column, Ben handed over the Value Bet reins to Matt Brocklebank in 2020 to concentrate on his big-race analysis and ITV tips, which have enjoyed strong returns.

Favourite horse: 'Sea The Stars. His three-year-old season was perfection – it would have been a good race had he and Frankel met over 1m2f.'

Memorable winner: 'Ascot has always been a lucky track for me, but the 1m2f handicap at Epsom on Derby Day has been very kind to me over the years, especially in 2016 when Gawdawpalin won for trainer Sylvester Kirk at 33/1. It was one of those moments when everything came good, and having made the horse a confident selection in my Value Bet column, and backed him accordingly, he won easily. I still remember it like it was yesterday.'

Bio: Matt cut his teeth at the Press Association before moving to Sporting Life in the summer of 2013, initially enjoying great success with his Antepost column before taking over Value Bet in the summer of 2020. 'Antepost Angle' - as the column was known at the time - famously unearthed back-to-back winners of the Ladbrokes Trophy in Sizing Tennessee and De Rasher Counter, both advised at 33/1 and sent off at 12/1, while Matt tipped 50/1 Grand National winner Noble Yeats in April 2022.

Favourite horse: 'Many Clouds. What a warrior.'

Memorable winner: 'I was always going remember my first winner after taking over the Value Bet reins from long-time colleague and close friend Ben Linfoot – the fact Progressive Rating drifted to 40/1 and won in the driving rain on Newmarket's July Course made it all the more dramatic for me, personally, and it's a day I won't forget for a long time.' 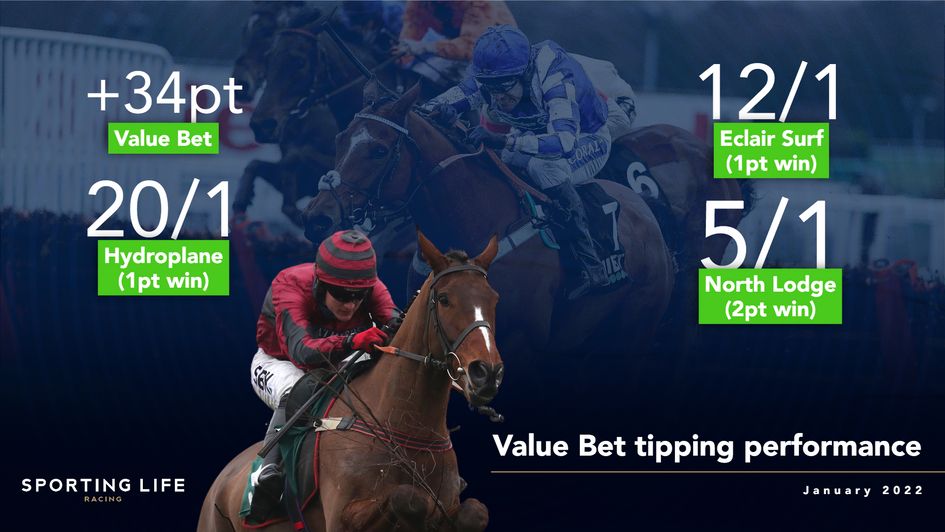 Bio: Simon is one of the most recognisable voices in racing, having been the lead commentator on Channel 4 Racing for many years and continued to prove one best in the business to this day. Simon is responsible for that famous line 'Best Mate: three Gold Cups!' as the legendary staying chaser completed a remarkable hat-trick in Cheltenham's blue riband in 2004. It is a line that is etched into racing folklore, while more recently Simon's tipping previews on Sporting Life have built up a loyal readership following consistently strong returns, establishing himself as not just a brilliant commentator, but an excellent judge.

Favourite horse: 'My favourite has to be Kauto Star for his class, versatility and magnificent career record. He provided many memorable moments for me in the commentary box.'

Memorable winner: 'My strongest early memory was Red Rum wearing down Crisp in the 1973 Grand National, still the most extraordinary race I have seen – and I backed Red Rum!'

Recent success: Simon's tipping previews always seek to find the best value out there and 10/1 and 12/1 winners in his column on February 19 ensure his followers remain in profit.

Bio: Long-time friends Rory and Dave Massey formed Punting Pointers in 2020, a daily tipping preview which has quickly become a huge success story following a consistent stream of big-priced winners. Rory's racing journey began at Ladbrokes, where he worked for 10 years, before he moved into journalism. Rory now contributes on various written and broadcast outlets, including the Sporting Life Racing Podcast.

Memorable winner: 'I remember my first bet vividly, on the 1977 Grand National. I had Red Rum, and my older brother got Andy Pandy. We were both transfixed until the latter toppled over at Becher's on the second circuit. He turned away in disgust and hasn't watched another race (a bit OTT, in my opinion), but I was hooked, spending every Saturday afternoon thereafter watching the ITV7 with the old fella and having a hopeful £1 treble, which only copped once – when Keelby Kavalier and two non runners returned me the princely profit of 50p after tax.'

Recent success: After an excellent February, the Punting Pointers team added Paint The Dream (11/1), Beau Haze (10/1), How's The Cricket (7/1) and Ernie Bilko (9/1) among several other winners in March. 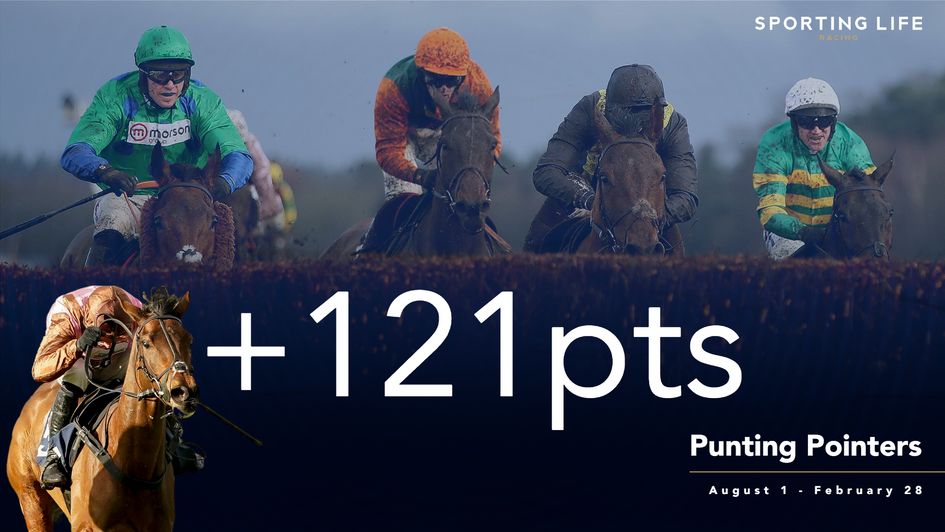 The Punting Pointers team continue to fire in the winners

Bio: For over 20 years David Ord has been part of our Sporting Life racing team and he has found more than the odd winner along the way. Dave is now Racing Editor at Sporting Life and his weekend column is available on site every Sunday, along with his regular contributions to the Daily Best Bets. Dave also hosts the Sporting Life Racing Podcast every Wednesday.

Memorable winner: 'Star De Mohaison's victory in the artist formerly known as the RSA Chase in 2006 was one of my ante-post highlights. Having taken 33/1, I was delighted to see him run out an impressive six-length winner under Barry Geraghty.'

Recent success: Dave had three winners from three selections with his Daily Best Bets on February 23, including a 6/1 winning Nap of the Day.

Bio: Andrew is a relatively new face on the Sporting Life racing desk having worked for Timeform since 2015. A real form student with a seemingly electronic memory when it comes to past races, Andrew is a regular contributor on Timeform's Evening Preview, as well as taking charge of the Sporting Life Nap of the Day and the ITV tips when Ben Linfoot is using up some of his vast holiday reserves.

Favourite horse: 'New Approach. He had his own ideas about the game at times, but I’ve always had a soft spot for horses with the odd quirk and his success in the Derby back in 2008 remains fresh in the memory.'

Memorable winner: 'A standout punting memory of mine was a fine afternoon on the all-weather at Kempton when completing a Lucky 15 with winners at 33/1, 8/1, 6/1 and 11/2, though it didn’t take me long to realise you have to savour days like those!'

Recent success: Andrew has been regularly hitting the target with Timeform's Evening Preview, though he cites his favourite recent success when on ITV Tips duty as 12/1 chance Grumpy Charley proved much too good for his rivals at Newbury over Christmas.

Bio: Dave and Rory joined the Sporting Life team in 2020, creating Punting Pointers – a daily tipping preview that has enjoyed remarkable success already. Big-priced winners have quickly become the norm, with the duo ending 2021 with a level stakes profit of +96.7 from August to the end of December.

Favourite horse: 'Maybe not my favourite horse, but one that's given me most joy on the Pointers column was definitely Tiquer at Southwell late last year. Having put him up at 28/1, he jumped and travelled like the winner throughout on the way to an easy victory.'

Memorable winner: 'My interest in racing started at the age of ten, when my grandfather introduced me to races as math problems to be solved, which immediately piqued my interest. In later years, I hit a tricast at Folkestone in a 5f handicap that paid £1500 to a pound, based purely on the draw. I had it to 25p and lived like a king for weeks after.'

Recent success: 20/1 selection Enormouse winning at Chepstow at the beginning of February kicked off another solid month for the deadly duo. March saw the team provide more than 15 profitable tips including Beau Haze at 10/1.