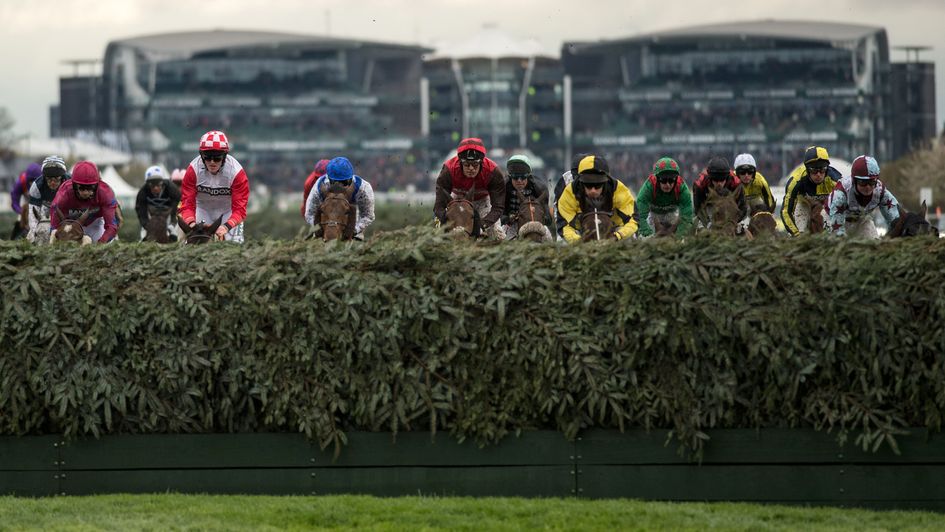 Becher Chase horse by horse guide: Give Me A Copper fancied to win at Aintree

Stuart Williams looks ahead to one of the big betting races this weekend - the William Hill Becher Chase at Aintree - with a horse-by-horse guide.

WALK IN THE MILL

Robert Walford's ten-year-old has won the last two renewals of this race and he warmed up for this hat-trick bid with a solid seventh placed finish in the Grade 3 Sodexo Gold Cup at Ascot in October.

Walk The Mill defied a mark of 141 last December and will compete from a 9lbs higher rating on Saturday. However, he was nearly brought down at the first fence last year and the form looks solid as the runner-up, Kimberlite Candy, ran out a 10 length winner of the Grade 3 Classic Chase at Warwick from a 3lbs higher mark in February. Therefore, he is undoubtedly a very big player once again. 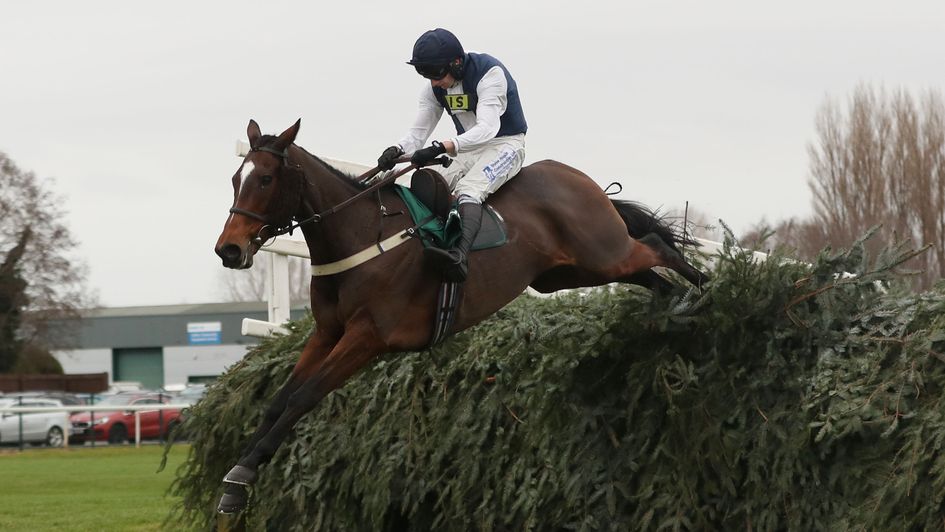 Second behind Walk In Mill in this contest 12 months ago, Tom Lacey's stout-staying eight-year-old will have his second taste of the famous Aintree fences on Saturday and could easily make his presence felt with the experience under his belt.

A facile 10 length winner of the Grade 3 Classic Chase at Warwick on his only subsequent outing, Kimberlite Candy will have to overcome a 13lbs hike in the weights. However, he does boast form figures of 1512 when fresh and he will undoubtedly have been primed for this contest.

That said, he will meet Walk The Mill on 8lbs worse terms this year, therefore reversing last year's form will be no simple task.

Yala Enki was handed a 3lbs rise following his brave defeat at the hooves of Ramses De Teillee at Cheltenham's November meeting, which means that he will have to defy a career high mark of 159 in order to be successful.

Paul Nicholls' stamina-laden ten year old ran a mighty race to place third in the Welsh Grand National last December and he is well accustomed to carrying big weights in competitive staying chases. Therefore he could easily run well if taking to the fences.

David Pipe's grey bounced back to form with a gutsy success at Cheltenham's November meeting, when defeating the rock-solid Yala Enki in a head-to-head drive for the line.

4lbs higher for that victory, Ramses De Teillee relishes both deep ground and a proper test of stamina, and his trainer often targets races over the famous Aintree fences, therefore he will undoubtedly have been well schooled in preparation. 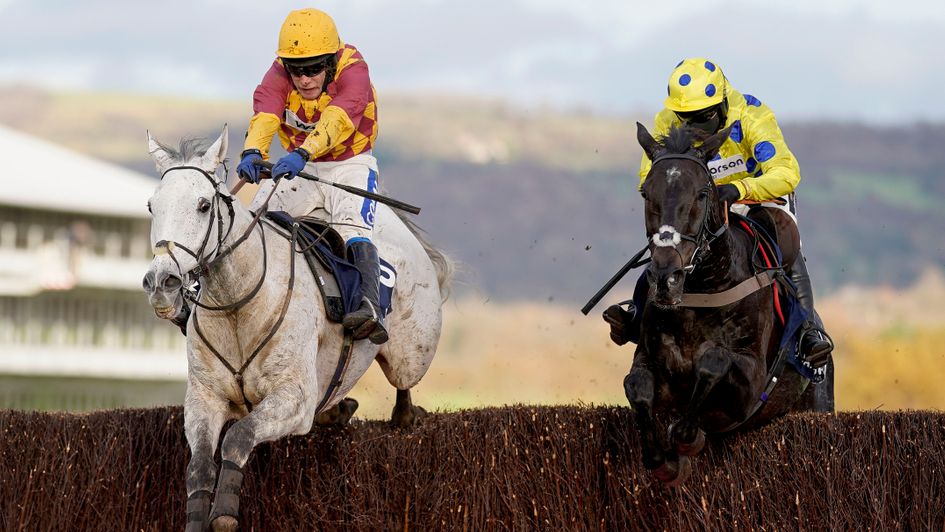 Le Breuil could only place seventh when having his first spin over these famous spruce fences in this contest 12 months ago. However, he is clearly entitled to improve for that experience and he will line-up this year off a 9lbs lower mark.

A determined winner off the 2019 National Hunt Chase, Ben Pauling's chestnut reportedly took his time to recover from that Cheltenham Festival success, and connections feel that he is in a much better place now than he was at this time last year. Therefore, an improved performance is possible.

Minella Celebration could only place tenth in the corresponding contest last year and will line-up off a 13lbs higher mark on Saturday, which won't make life easy.

However, the experienced ten-year-old is in the form of his life at present having followed up his last gasp success in the Listed Summer Cup at Uttoxeter with a 14 lengths romp in a Veterans' Handicap Chase at Aintree in October, therefore he may be able to better last year's performance in spite of his loftier rating.

Crosspark has bounced back to form this autumn with a brace of second placed efforts at Chepstow and Sandown respectively, and he could launch a bold bid if taking to these fences.

Out of sorts last winter when achieving form-figures of P8P on unsuitably soft ground, the stout-staying son of Midnight Legend is now rated just 3lbs higher than when placing second in the 2019 Scottish Grand National, one place ahead of Saturday's Ladbrokes Trophy scorer Cloth Cap. Therefore he is capable of running well if granted decent ground.

Absent since placing second in the Grade 3 Classic Chase at Warwick in January 2019, Calett Mad boasted some solid handicap chase form in the autumn of 2018 and he looks fairly treated if none the worse for his layoff.

Dropped 3lbs in the meantime, the Simon Munir and Isaac Souede owned French-bred was narrowly touched off in the 2019 Scottish Borders National off a 2lbs lower rating, and he handles all types of ground, which is clearly advantageous. Therefore he should not be ruled out in spite of his absence, especially as his trainer knows how to prepare a horse for this unique jumping test.

GIVE ME A COPPER

The presence of his higher rated stablemate means that Give Me A Copper will be nicely weighted on Saturday, and he could easily go well given that his record following a break of 83 days or more reads 111U41.

A winner on ground ranging from good to heavy, Paul Nicholls' lightly raced ten-year-old landed the Listed Badger Beers Silver Trophy on his seasonal reappearance last autumn, and he will compete from just a 4lbs higher mark here.

Open to improvement after just seven starts over fences, the imposing son of Presenting rates a fascinating contender. 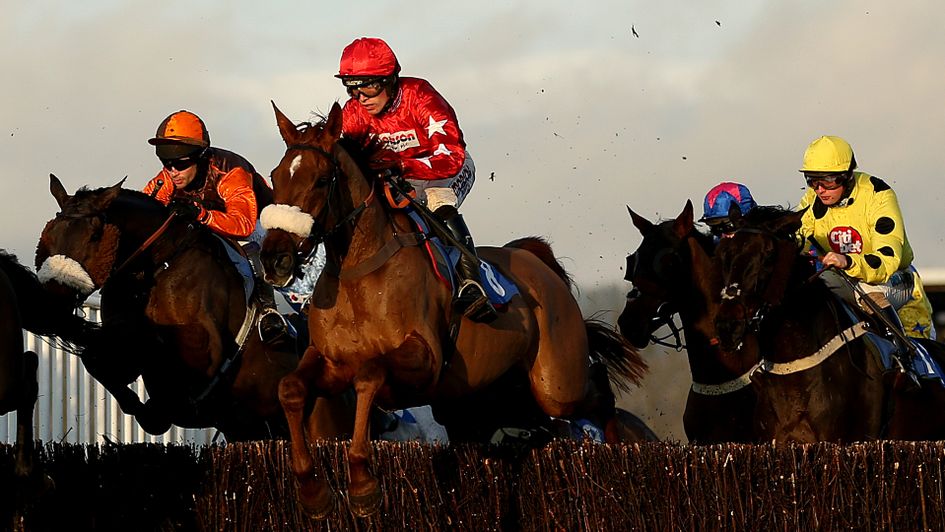 Harry Cobden on Give Me A Copper

Smooth Stepper ended the winning spree of Lord Du Mesnil when triumphing in the Grade 3 Grand National Trial at Haydock in February, and he was far from disgraced when fifth, when sent off a 50/1 chance, on his return to action at Sandown.

That outing will have blown away the cobwebs and he is only rated 6lbs higher than when successful at Haydock. Any rainfall would certainly be a bonus as his last five victories have all been achieved on ground officially described as soft or slower.

Vieux Lion Rouge comes alive over this these unique spruce fences having completed the course on all 8 of his previous outings, recording form figures of 7690 in the Grand National, and 1729 in this contest.

David Pipe's battle-hardened 11-year-old may not be the force of old and was well held by Minella Celebration on his seasonal reappearance at Aintree in October. However, he clearly enjoys these fences and he more than sees out the trip, therefore he could roll back the years and outperform market expectations. 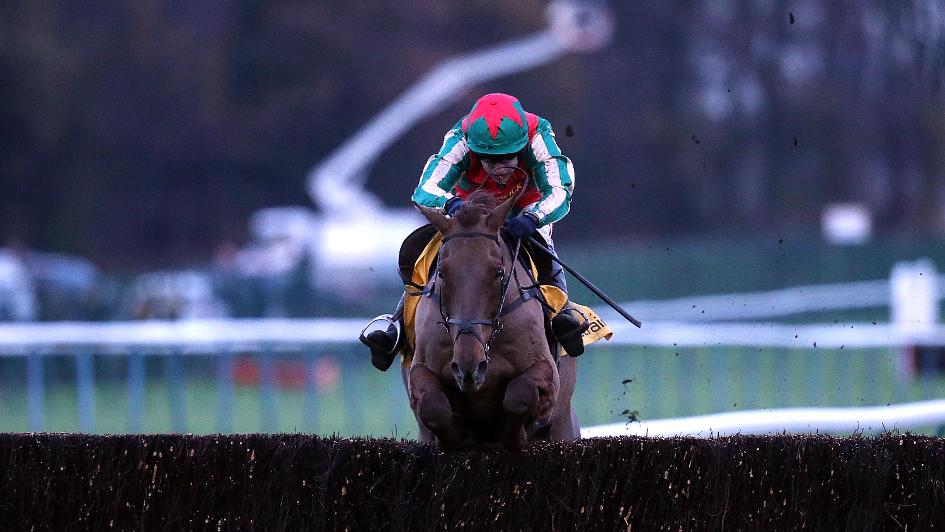 Jessica Harrington saddled smart mare Magic Of Light to be second in the 2019 Grand National, and the first lady of Irish racing may unleash Jett over the famous spruce fences this weekend, presumably with a view to contesting the Aintree showpiece come the spring.

Purchased by Robert Waley-Cohen during the summer, Jett's last success came in the Grade 3 Daily Star Chase at Punchestown in October 2019, and he was soundly beaten in Grade 1 company on his return to action at Down Royal. However, he should strip fitter for that outing and he will obviously find these waters much calmer. Therefore it would be no surprise were he to run well.

A high class handicap chaser who defied odds of 33/1 when placing second in the 2019 Ryanair Chase, Aso returned to action with a respectable seventh placed finish in the Paddy Power Gold Cup at Cheltenham and a subsequent 3lbs drop in the ratings undoubtedly makes him an attractive proposition.

That said, he is yet to prove his stamina over staying trips in spite of many attempts, therefore he may run well to a point before the petrol tank runs dry.

2018 Scottish Grand National winner Joe Farrell pulled-up in the 2019 Grand National on his only previous outing over Aintree's spruce fences, and he suffered the same fate on his return to action at Aintree in October, where he lost touch on the approach to four out and was pulled-up before three out.

Clearly entitled to come on for that outing, the Rebecca Curtis trained 11-year-old is now just 2lbs higher than when winning at Ayr, and he clearly relishes a good test of stamina. He proved that the fire still burns brightly when placing third behind a very well handicapped rival in the Midlands Grand National at Uttoxeter in March, therefore he is no spent force just yet.

Runner-up in the 2017 King George VI Chase, Double Shuffle has failed to hit the same dizzy heights ever since and has seen his handicap mark plummet from a career high of 166 to a lowly 142.

Ten rising 11 in January, Tom George's stayer could only place ninth of 12 on his seasonal reappearance in a veterans' chase at Chepstow, which does temper enthusiasm. He could easily come forward from that outing, however, he would still look up against it in this company. 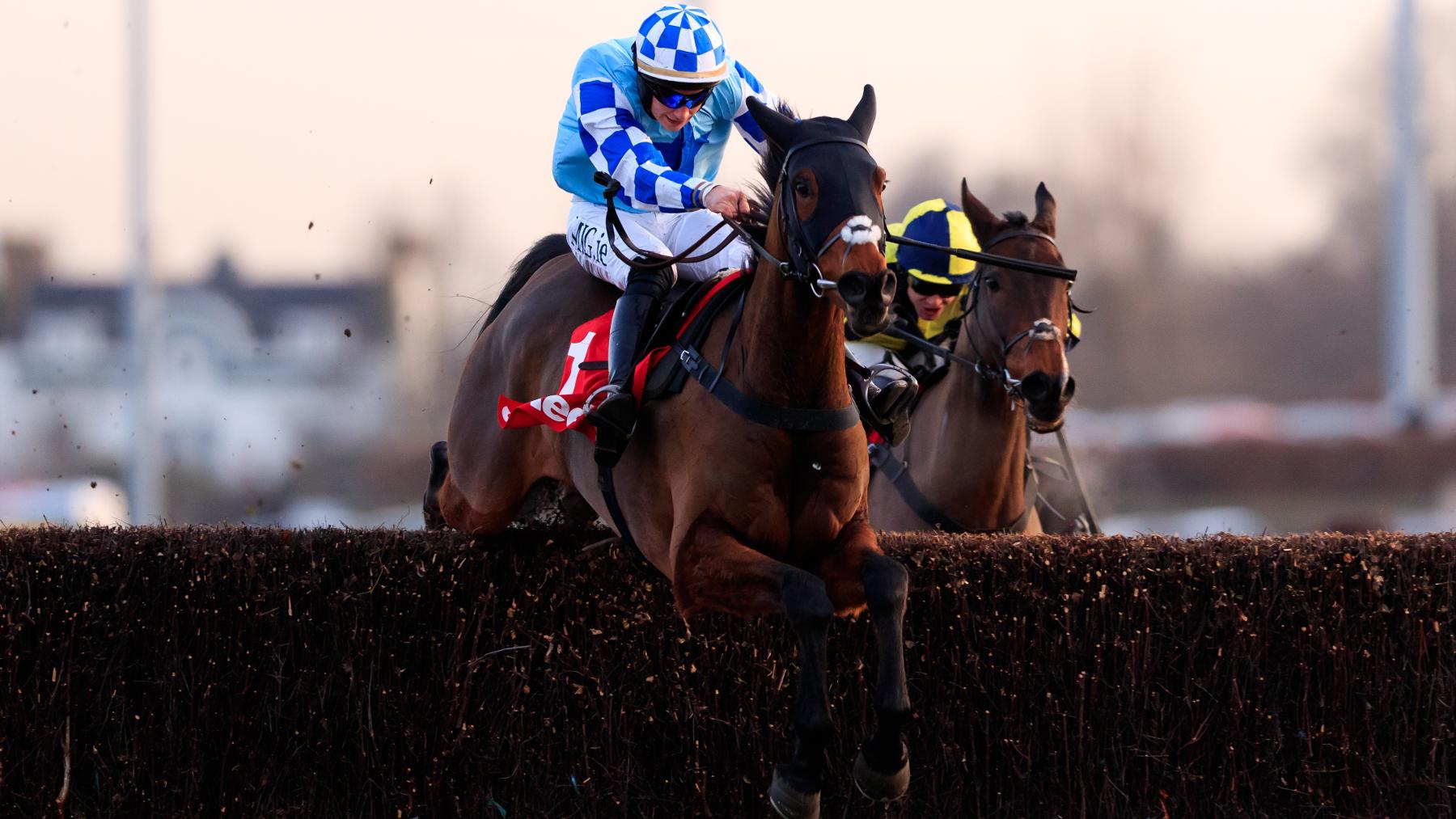 2018 Grade 3 Ultima Handicap Chase scorer Coo Star Sivola was forced to sit out the entirety of last season through injury, however, he returned to action with a respectable effort in a warm looking handicap chase at Bangor in November, and he is now rated 5lbs below the mark from which he achieved his Cheltenham Festival success.

A smart performer over both hurdles and fences over the years, Nick Williams is very shrewd at placing those in his care. Therefore Coo Star Sivola rates an intriguing contender who could go well at a big price.

Calipso Collonges ran an eye-catching race behind the rapidly progressive Lord De Mesnil when second at Haydock last December, and the form of that contest looks strong as the third placed Vintage Clouds landed the Grade 2 Peter Marsh Chase by a comfortable 7 lengths next time out.

Olly Murphy's eight-year-old will return to action off a 3lbs higher mark and looks more than capable of landing a valuable prize at some stage this season. However, all five of his previous victories have been achieved on testing ground, therefore connections will be hoping for plenty of rain this week.

Last year's first and second Walk In The Mill and Kimberlite Candy make obvious appeal in spite of their loftier marks, while Le Breuil jumped well on his first outing over these fences and could play a major role if back to the form that saw him land the National Hunt Chase in 2019.

However, Paul Nicholls likes to target these early Aintree contests and the 11-time champion trainer has an interesting contender in the form of GIVE ME A COPPER, who goes particularly well when fresh (111U41 after a break of 83 days or more) and has long been viewed as a Grand National horse by connections.

The strapping son of Presenting landed the Badger Beers Silver Trophy on his seasonal reappearance last term and he has already proven himself versatile in terms of ground, which is certainly advantageous given the unsettled weather forecast.

His prominent style of racing is also well suited to races contested over Aintree's famous spruce fences and his master trainer is superb at preparing a horse for the big day. He makes sufficient appeal at a fair price.

At bigger odds, Calipso Collonges and Coo Star Sivola are fascinating contenders who are handicapped to run well if ready to tackle the unique fences.