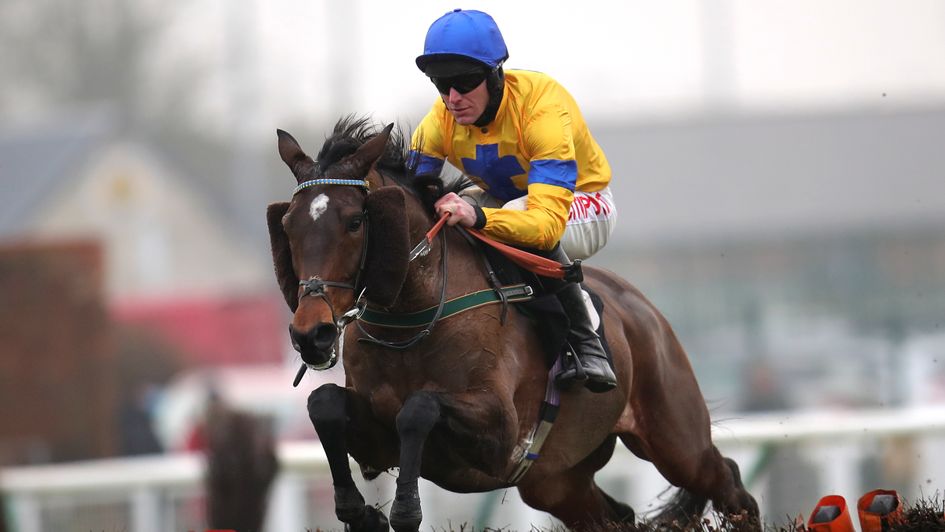 By the Derby winner Golden Horn, he was last seen on the Flat winning at Pontefract under Hollie Doyle, taking his mark on the level to 103.

Sent over hurdles by Archie Watson, an unusual move for the Lambourn handler, he showed promise in his winning debut at Hereford under Gavin Sheehan.

Up markedly in class for Grade Two which both The New One and Willougby Court used as a stepping stone to Cheltenham success, he was sent off at 100-30 in what looked a competitive field with no standout contender.

Nick Scholfield was on board this time and was not going to let anyone settle, constantly upping the pace on the tight track, and for a horse having just his second outing over timber his jumping was a big asset.

Not surprisingly he began to get a bit lonely having been out in front on his own for so long, but to his credit he knuckled down after the last and came away to beat Gentleman At Arms by two lengths.

Scholfield said: “I knew what I was sitting on as I’d spoken to Gavin about him. But while I was given an idea of his class, he’s also got a very big heart as I asked him some big questions out there and he answered every one. He was remorseless and he’ll get further.

“I was surprised how close they were to me three out because I’d been pressing all the way, but I was able to just give him a little breather before I pushed on again.

“There’s always a question over how these class Flat horses take to hurdling, but he absolutely loves it. Credit to Brodie Hampson (amateur jockey) and Gavin Sheehan because they’ve done a lot of work with him. I wouldn’t suggest where Archie should take him next, he knows well enough.”

Paddy Power and Betfair introduced the winner at 16-1 for the Albert Bartlett in March.