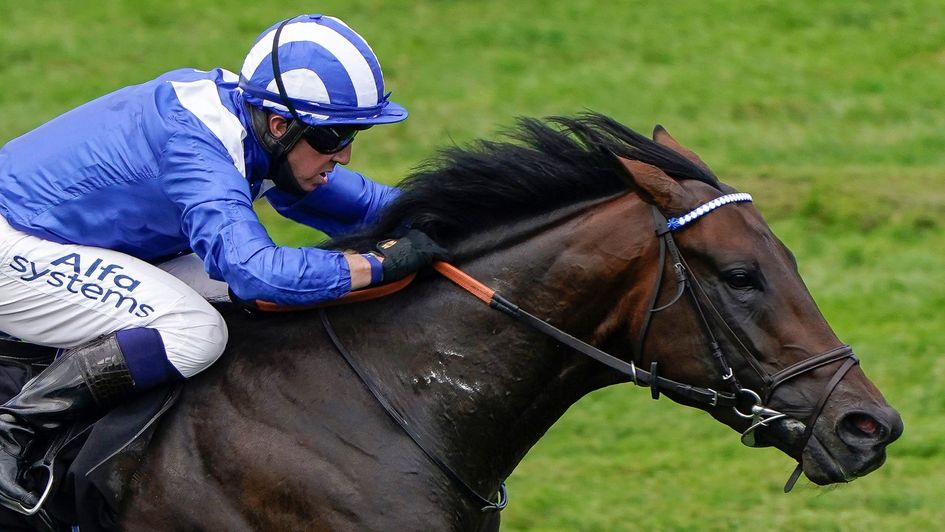 John Ingles charts Baaeed's progress in the year of his owner's death and the downsizing of the Shadwell operation which followed.

It was a much slimmed-down edition of the Shadwell studbook which came through the letterbox the other day. The softback publication still runs to more than 200 pages, with each broodmare taking up a two-page spread, but it’s a shadow of its hardback predecessor which weighed in at well over 500 pages. That’s a very stark indication of the downsizing which has taken place at the global bloodstock operation in the last twelve months following the death of its founder, Sheikh Hamdan Al Maktoum, last March at the age of 75.

Another loss to Shadwell in 2021 was that of their flagship horse Battaash who was retired at the age of seven last summer. A top-class sprinter at his best, Battaash competed over six seasons and for four of them, between 2017 and 2020, he was Timeform’s Champion Sprinter, winning two editions of the Nunthorpe Stakes, along with a Prix de l’Abbaye and a King’s Stand. He also made Goodwood’s King George Stakes his own and went into retirement after failing in his bid to win it for the fifth year in a row.

But it was a case of ‘goodbye Battaash, hello Baaeed’ at Goodwood where the colt who has now taken over the role of Shadwell’s highest-profile performer stretched his unbeaten record to four wins.

Baaeed was still unraced this time last year and didn’t make his debut at Leicester until June, two days after the Derby. In theory, the racing programme lays out a series of steps that will enable a horse to graduate from a maiden to Group 1 level via novice, listed, Group 3 and Group 2 company, but in practice most end up in handicaps instead, while the majority that do set out on the ‘black-type’ route find their limitations sooner or later.

Baaeed, though, was an exception. The way he glided effortlessly through the programme book to go from newcomer to Group 1 winner in a matter of months, successfully stepping up a grade each time, made it look as if he’d taken the escalator rather than the stairs. The top two-year-olds are fast-tracked to Group 1 company each season, but they’re only competing among themselves. It’s rarer for an unraced three-year-old to make the same progress and Baaeed had the reigning champion miler, the year-older Palace Pier, waiting for him at the end of the year.

Baaeed’s progress in 2021 was reminiscent of another top-class miler, Zilzal, Timeform’s Horse of The Year in 1989, trained by Sir Michael Stoute. Being named Horse of the Year that season, by the way, was no mean feat given he was a contemporary of Sheikh Hamdan’s Nashwan, winner of the 2000 Guineas, Derby, Eclipse and King George the same year. Like Baaeed, Zilzal never reached the racecourse at two and, coincidentally, he too made his debut at Leicester, about a week earlier than Baaeed did, bolting up in a seven-furlong minor event at the end of May.

Kept to the same trip for his next two starts, Zilzal went on to win the Jersey Stakes at Royal Ascot (by four lengths) and the Criterion Stakes at Newmarket (by five) before stepping up to a mile for his Group 1 debut in the Sussex Stakes which he won by three lengths. After those four quick runs, Zilzal was rested until the autumn where he took his unbeaten record to five in the Queen Elizabeth II Stakes, making all the running to beat the top-class French colt Polish Precedent, by three lengths. The runner-up, a relative of Zilzal, had himself come through the grades across the Channel where he had won all seven of his previous starts at three.

Zilzal’s unbeaten record finally fell in the Breeders’ Cup Mile which was also his final start before going to stud, whereas Baaeed returns for another season, starting with the Lockinge, and with his perfect record still intact. As already mentioned, Baaeed was raised in class only gradually, his trainer William Haggas being in no hurry to subject him to Group company, though he clearly had that potential from very early on.

Baaeed was green at Leicester when only the joint-third pick in the betting but stayed on strongly once the penny dropped and was clearly more clued up for his novice at Newmarket just 12 days later when a deeply impressive winner by seven and a half lengths. The Listed Sir Henry Cecil Stakes over the same course and distance presented Baaeed with rivals who’d contested Group 1 races but he dealt with them with consummate ease. A four-length beating of the St James’s Palace fourth Maximal earned Baaeed a rating of 122, well in advance of most Listed winners.

The Group 3 Thoroughbred Stakes at Goodwood – won by six and a half lengths - duly proved a formality, and a rating of 125 from that contest signaled that Baaeed was more than ready for his first test at Group 1 level. In the event, the Prix du Moulin at Longchamp didn’t demand any further improvement from him, and Jim Crowley just needed to push him out in the closing stages as Baaeed passed the post with his ears pricked by a length and a quarter from the previous season’s Breeders’ Cup Mile winner Order of Australia.

And so to the thrilling clash of the generations which was the Queen Elizabeth II Stakes at Ascot. For the first time since his debut, Baaeed was sent off odds against, at 2/1, and preference in the betting was for Palace Pier at 6/4, winner of all four of his races earlier in the year and only beaten once in his career. The remainder of the field included French gelding The Revenant, who’d had Palace Pier back in third the year before, 1000 Guineas winner Mother Earth and Sussex Stakes winner Alcohol Free. 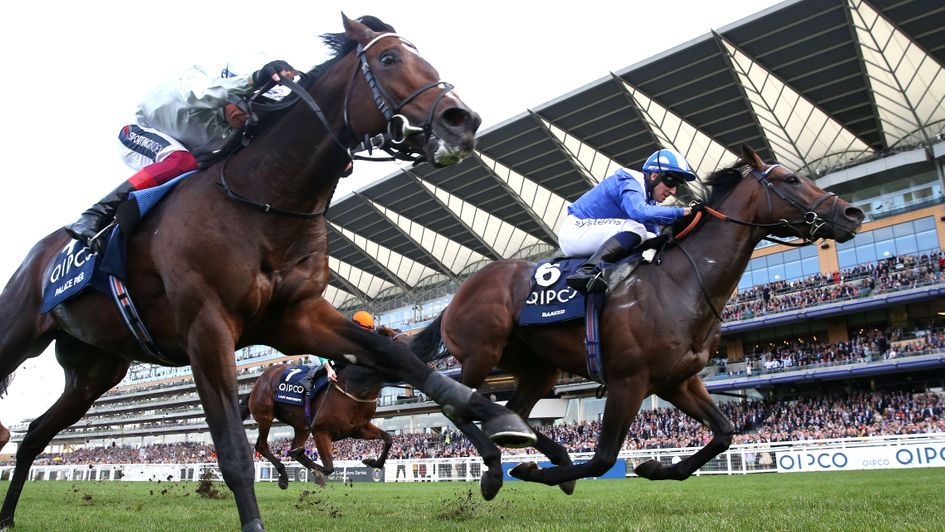 Baaeed has the measure of Palace Pier

Apart from not being truly run, the race lived up to expectations with Baaeed and Palace Pier fighting it out, Baaeed quickening to lead over a furlong out and running on for a neck win and his best effort yet. Still rather unfurnished at three, Baaeed may well return as a more finished article physically this season and, if that brings about further improvement in him, he’ll remain very hard to beat.

Should he have no more to prove at a mile this year, there is always the fresh challenge of a step up in trip. Entries in the Prince of Wales’s Stakes and Eclipse give him that option in the coming months and, strictly on pedigree, Baaeed is actually bred to be even better suited by middle distances. His full brother Hukum ended his three-year-old season in the St Leger and has got better with age, winning four times himself last season and gaining the biggest win of his career so far in the Group 2 Dubai City of Gold Stakes at Meydan in March.

Baaeed’s female line traces back to the influential broodmare Height of Fashion, purchased by Sheikh Hamdan from the Queen, and who was to become the dam of another of the best colts to carry the Sheikh’s colours, the aforementioned Nashwan. Height of Fashion also became the great grandam of Breeders’ Cup Filly & Mare Turf winner Lahudood who in turn produced Baaeed’s and Hukum’s dam, the French Listed winner Aghareed. When the time came to decide which mares Shadwell should let go in their recent restructuring, it’s a good bet that Aghareed’s name was one of the first listed in the column marked ‘KEEP’.