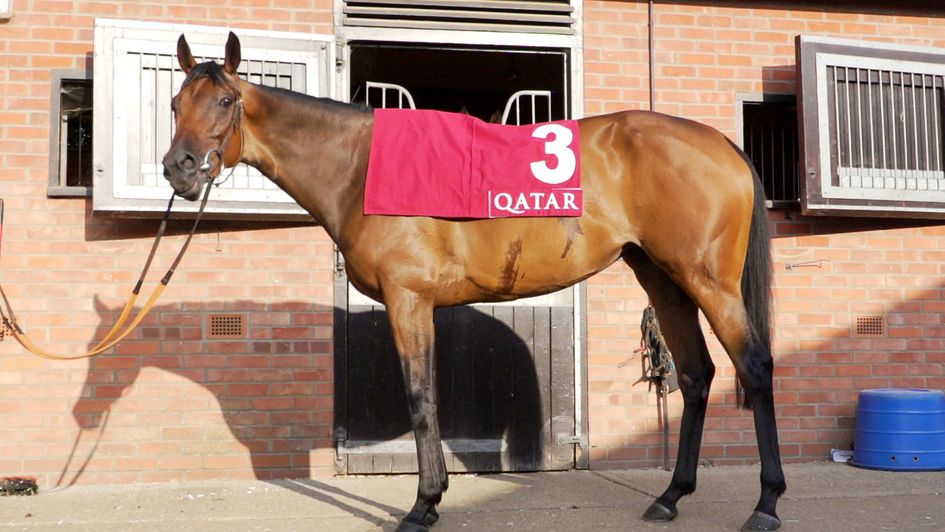 James Fanshawe hopes there could be more to come from five-year-old mare Audarya as she looks to get back to winning ways in the Qatar Nassau Stakes.

The daughter of Wootton Bassett was one of the stories of the season in 2020, starting her winning run from an official mark of 99 at Newcastle in August and ending with a memorable neck success over local hero Rushing Fall in the Breeders' Cup Filly & Mare Turf at Keeneland on November 7.

She returned to action this summer with a fine second behind Love in the Prince of Wales's Stakes and Fanshawe is hopefully she can build on the comeback effort in the 10-furlong Group One for fillies and mares as next week's Qatar Goodwood Festival.

Fanshawe, speaking from his Pegasus Stables in Newmarket on Monday morning said: "Audarya seems in really good form. We’ve had the Qatar Nassau Stakes in mind for a while and she’s been training well since Ascot. You never quite know how fit they are after such a long gap between races, but she put in a good performance and we’ve been steering her towards this race ever since Ascot.

"The handicapper kept her rating at 117 after the Prince Of Wales’s Stakes but I felt it was a really good performance. I hope she can improve again. It shows how far she’s come, given that she started off in a Group One this year. Last year, her first win of the season came on her third start when winning a handicap off 99 on August 2 at Newcastle, so this season already looks very different."

An undoubted strength of Audarya is her versatility, with Fanshawe very relaxed by both the undulations at Goodwood and the state of the ground.

“She won her Group Ones at Deauville and Keeneland which are both flat tracks, but she did win a handicap at Goodwood over a mile as a three-year-old where she proved she can handle the track.

"In terms of ground, she has run on everything! It was very testing when she won the Prix Jean Romanet at Deauville and they broke the track record on firm ground when she won the Filly & Mare Turf at Keeneland, she’s very versatile."

Talented three-year-old fillies, including Snow Lantern, Snowfall and Santa Barbara, are all entered into the £600,000 Nassau and if any of them turn up will receive 9lb from Audarya.

Fanshawe said: “I was having a look at the record of three-year-olds in the race which is very good – five of the last six winners have been three.

"They get 9lb from the older fillies and mares which is a lot of weight, but it’s the same as at Ascot and we go there with a filly who is in good form and hopefully we can overcome that."

Audarya has had five different jockeys in her 14 career starts but Fanshawe is hoping to retain the services of William Buick, who rode her at Royal Ascot.

“Circumstances have meant that we’ve had a few different jockeys ride her, but William (Buick) seemed to get on well with her in the Prince Of Wales’s Stakes and hopefully he can ride her next Thursday."

One other significant Fanshawe-trained runner at the Qatar Goodwood Festival could come in the shape of Fresh, who finished second in the Wokingham Handicap on the final day of Royal Ascot. The four-year-old will head to the Unibet Stewards’ Cup on Saturday July 31, so long as the ground isn’t too fast.

Fanshawe said of the son of Bated Breath: "Fresh is in really good form, he worked nicely on Saturday. One proviso with him is that he needs to have some ease in the ground, he’s just a better horse with give in the ground. Hopefully we’ll get plenty of rain after the Nassau Stakes – it can chuck it down as much as it likes on Friday before the Stewards’ Cup!"