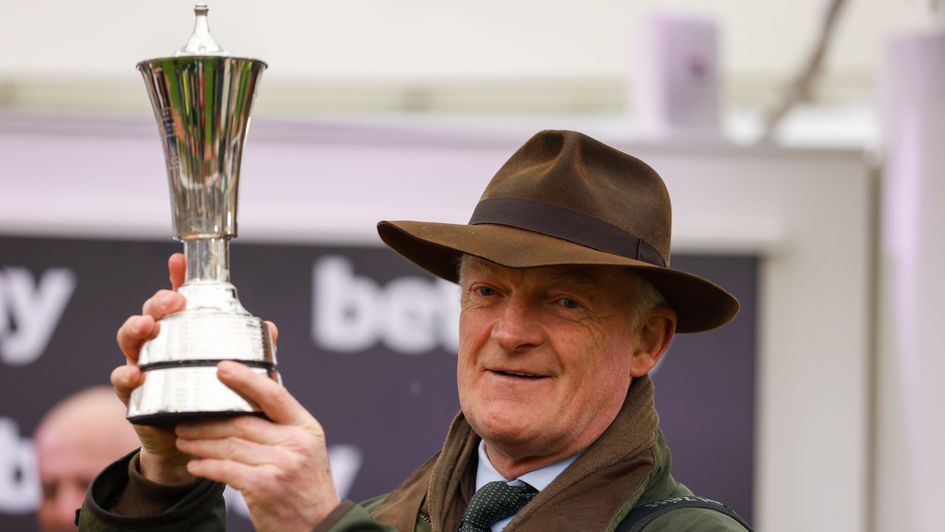 Al Boum Photo out of luck on Auteuil raid

Winner of the blue riband at Prestbury Park in 2019 and 2020, Al Boum Photo was bidding to become only the third horse to also win the French equivalent after Mandarin in 1962 and The Fellow in 1991.

The 10-year-old was ridden with restraint by Paul Townend, but made a few jumping errors over the unique obstacles and after becoming detached his rider eventually called it a day.

Al Boum Photo was one of three runners for Willie Mullins along with Burrows Saint and Franco De Port, with the latter running a fine race to finish third under the trainer’s nephew, Danny.

Sel Jem was the 5-2 market leader for the training team of Hector de Lageneste and Guillaume Macaire and after taking over the lead early in the home straight, he stayed on strongly in the hands of Johnny Charron to seal an impressive victory.

Macaire, saddling his seventh winner of the three-mile-six-furlong contest, told Sky Sports Racing: “Seven wins now. I will probably be in the coffin when this record is beaten!

“Give me time to appreciate this success because the flavour is very special. We have a lot of time to think about other races.

“I’m really pleased. For the jockey it is the first experience at this level. It’s a great moment.”

Gex filled the runner-up spot for Emmanuel Clayeux and James Reveley, with part-owner Lord Daresbury raising the possibility of the six-year-old running in Britain next year.

He said: “He made two small mistakes at the smaller fences, interestingly – the big fences he jumped absolutely brilliantly.

“He was always going well. James was very confident and gave him time and it was a joy. For a young horse to to that well is very exciting for the future.

“I think come the autumn he’ll stay here and then we’ll think about maybe coming over to England in the spring.”

Mullins said: “It was a real surprise (to see Franco De Port running so well). We brought him here as a last resort, running over this type of a trip, and Danny gave him a lovely ride.

“I think we better take the for sale sign off him! I thought coming over here that maybe this fellow was going to be for sale after this and mightn’t be classy enough for us, but he showed today that he could be a Grand National horse, so we’ll revise our plans.

“My owners might fancy a crack at the Grand Steep next year, so we might just aim him for that rather than going the Cheltenham-Aintree-Punchestown route.”

Of Al Boum Photo, he added: “When I saw him jumping the practice hurdle I said ‘he’s going to have to improve a lot’. He didn’t take it on and the further he went he wasn’t enjoying it. This is not his game.

“Burrows Saint jumped fantastic, but there was no spark there. That’s sort of the way he’s been running this year.”