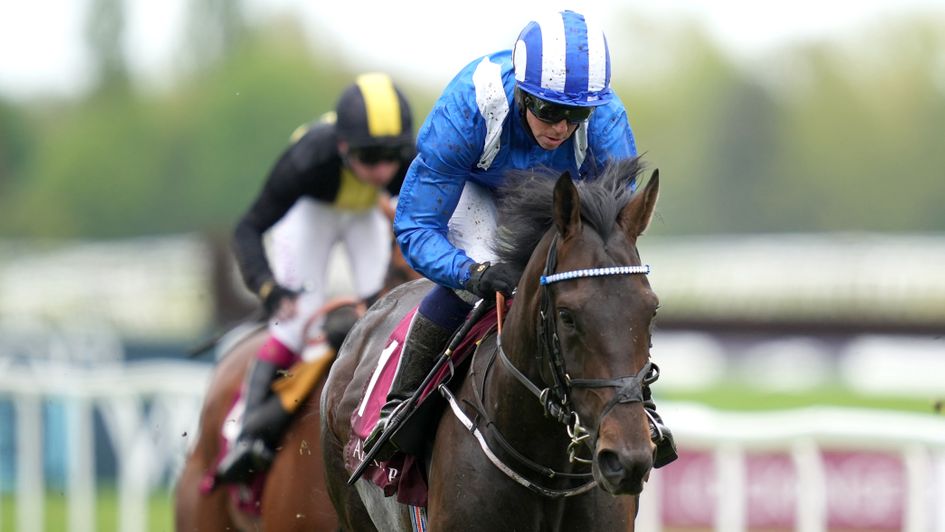 Al Aasy is the latest high-class horse to receive a Timeform squiggle - Adam Houghton looks at the horses that have been awarded the ignominious symbol down the years.

What is a Timeform 'squiggle'?

The definition of the Timeform squiggle was changed towards the end of the twentieth century and it is now commonly used to identify a horse who is “unreliable (for temperamental or other reasons)”. The symbol is used alongside – or sometimes in place of – a horse’s form rating and phrases such as “one to treat with caution”, “quirky” or “ungenuine” will also appear in their comment to underline why the squiggle has been awarded.

These descriptions are considerably more restrained than they used to be. Indeed, no punches were pulled in the early days of the Racehorses series, in which phrases such as the below were all used to describe recipients of the squiggle:

With many more opportunities through the expanded fixture list for horses at the bottom of the scale to win races, dogmatic statements such as “will never win again” are not made by Timeform nowadays. The number of squiggles has probably fallen a little for similar reasons, though far more are still awarded to horses at the lower end of the ratings scale.

Why was Al Aasy given a squiggle?

Top horses down the years have received squiggles when their performances merited them, the latest being Al Aasy, who was turned over at short odds for the third start in a row at Newbury last weekend.

Al Aasy had been beaten narrowly by a couple of doughty battlers on the first two occasions, but a subsequent gelding operation suggests his connections took a more negative view of his finishing efforts. Either way, it’s hard to deny that he failed to battle at Newbury after cruising up to the leader, running below form as he wilted in the final furlong.

There is no doubt Al Aasy possesses a very smart level of ability, as he showed on his first three starts this season, recording back-to-back Group 3 wins at Newbury before finishing second (beaten just a neck behind Pyledriver) on his first tilt at the top level in the Coronation Cup at Epsom. That Epsom defeat was a sign of things to come, though, as Al Aasy traded at the basement price of 1.01 in-running before being worried out of it close home.

With a Timeform rating of 122§, Al Aasy is clearly capable of winning more good races when everything falls right, but there must be a strong chance now that he’ll never make the breakthrough in Group 1 company, much like Papal Bull, the highest-rated squiggle horse of recent times who was twice placed in Group 1 races but never managed to win one.

Who are the highest rated squiggle horses?

Papal Bull was a high-class performer on his day but became something of a law unto himself after his three-year-old days. As a four-year-old he won the Princess of Wales's Stakes and Geoffrey Freer Stakes but became a difficult ride, tending to run in snatches, often hanging and sometimes veering off a true line.

Papal Bull was kept in training at five to see if he could pick up a Group 1 and he nearly hit the jackpot when making Duke of Marmalade pull out all the stops in the King George VI and Queen Elizabeth Stakes at Ascot.

The pair finished nine lengths clear of the rest and Papal Bull produced a performance that would have won him a Group 1 had he repeated it. However, his three subsequent appearances served only to confirm that, while Papal Bull was a high-class horse when on his best behaviour, he was unpredictable and not one to trust.

Similar comments apply to Norse Dancer, who finished in the first four in 10 different Group 1 races and was beaten less than a length on five of those occasions.

A top-level success continued to prove elusive, however, and by the time of his retirement at the end of his six-year-old campaign, he still had only four wins from 35 starts to show for his efforts.

Just like Al Aasy and Papal Bull, Norse Dancer was on the receiving end of plenty of critical barbs during his career, many of them – to be blunt – justified.

Indeed, the fact he was unable to convert even one of his many Group 1 opportunities had more to do with his lack of application than the strength of his opponents. Sometimes slowly away, he often raced lazily and would carry his head awkwardly before finding little, looking thoroughly un-genuine at times.

Al Aasy may have been gelded, but Norse Dancer (sire of the high-class hurdler Yanworth) and Papal Bull (sire of the useful hurdler/chaser The Jam Man) are two examples of eccentric racehorses who have enjoyed successful careers at stud, both having produced plenty of winners over jumps.

On the Flat, the notoriously temperamental Nasrullah went on to be champion sire on both sides of the Atlantic, though he was racing in the era of Best Horses, the forerunner of the Racehorses series, and was too early to get a Timeform rating. His sons Grey Sovereign and Red God both had a Timeform squiggle in their racing days, however, before enjoying very successful careers at stud.

Papal Bull's own sire Montjeu had his idiosyncrasies as a racehorse but went on to establish himself as one of the top sires in Europe, though a fair proportion of his offspring also displayed touches of temperament.

Montjeu was never in danger of getting a squiggle but the mulish George Washington, ill-fated winner of the 2006 2000 Guineas, only just escaped the ignominy after looking very reluctant, carrying his head awkwardly and hanging, when beaten at odds-on in the Celebration Mile at Goodwood.

10 years earlier, another classic winner, the St Leger winner Shantou, an unwilling racehorse at times, achieved the singular claim to fame of being the only winner of a British classic to carry the Timeform squiggle alongside his name going into the race (it was removed afterwards!).

Shantou later became a successful sire under the National Hunt banner, with the Cheltenham Festival winners Ballynagour, Briar Hill and The Storyteller featuring amongst his best progeny.

For the record, the highest-rated horses to have acquired a squiggle in Racehorses were Coronation Cup winner Zucchero and Prix du Jockey Club winner Auriban, both of whom raced in the 1950s and were rated 133§.