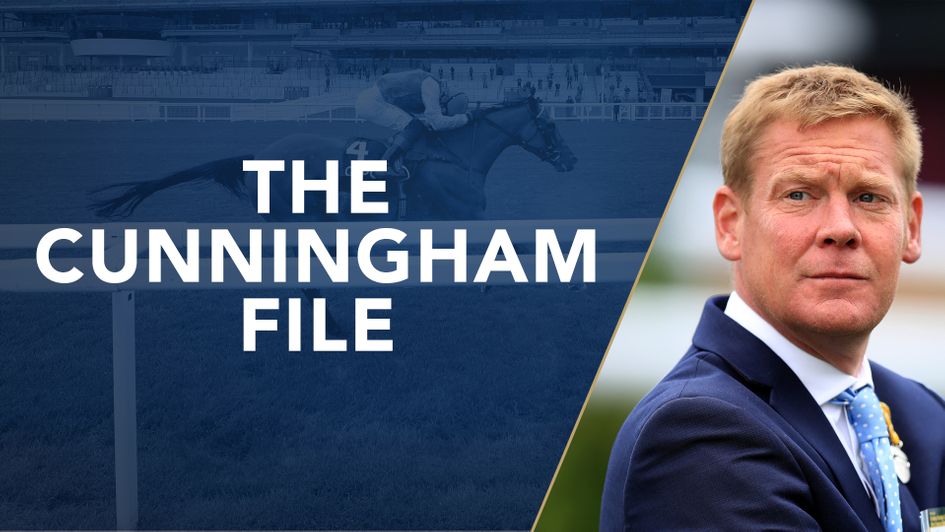 Check out the latest column

The Graham Cunningham File | Adayar to stake his claim

Classic trials continue thick and fast this weekend, with Lingfield and Leopardstown in the spotlight. But Ascot and Haydock also command attention and GC addresses the key questions in this week’s Cunningham File.

Can Adayar stake an Epsom claim at Lingfield? 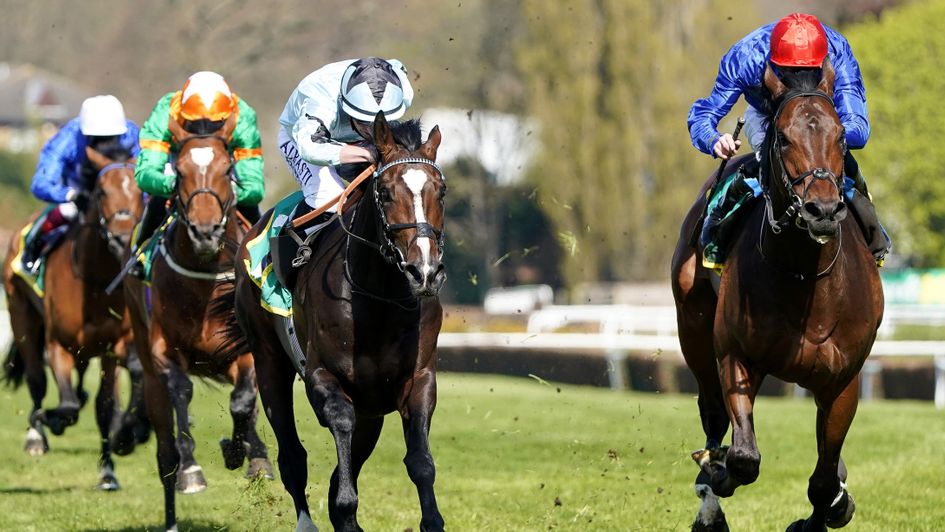 Adayar impresses on the clock at Sandown

High Definition’s absence from the Novibet Derby Trial (2.50) is frustrating for connections – along with those of us who were keen to take him on – and Adayar is favourite to capitalise against two Ballydoyle stablemates and the progressive Scope.

True, Adayar’s Sandown Classic Trial second wasn’t franked when stablemate Yibir declined to go on with it at Chester on Thursday but the powerful Frankel colt shaped very well in the circumstances, coming home strongly and doing way better than most of the others held up on the card.

The O’Brien pair – Kyprios and Carlisle Bay – look like grinders and their best chance is to make this a strong stamina test with cheekpieces fitted. That should suit Scope but Adayar has much stronger form at present and this looks a good slot for him to shine.

One horse for Ascot’s Victoria Cup? 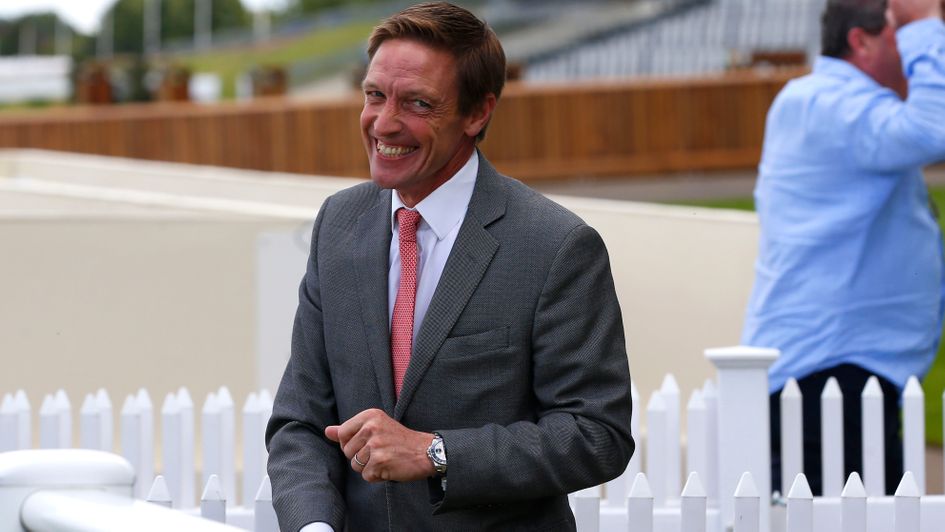 Richard Hughes could be all smiles on Saturday

How about two in a ferociously competitive handicap that looks 10/1 the field all day long.

Karibana tops the short list having progressed very well for Richard Hughes last season. The form of his close second at Newbury in September could hardly have turned out better and, although he’s never run at Ascot, his late-running style could suit this stiff seven very nicely.

Sir Mark Prescott’s Sunset Breeze was equally progressive last autumn, going down narrowly here and at Donny in races that also worked out very well. He’s a strong front runner who could be very well berthed in stall 29 if the old stand rail bias kicks in.

What’s the forecast for Haydock? 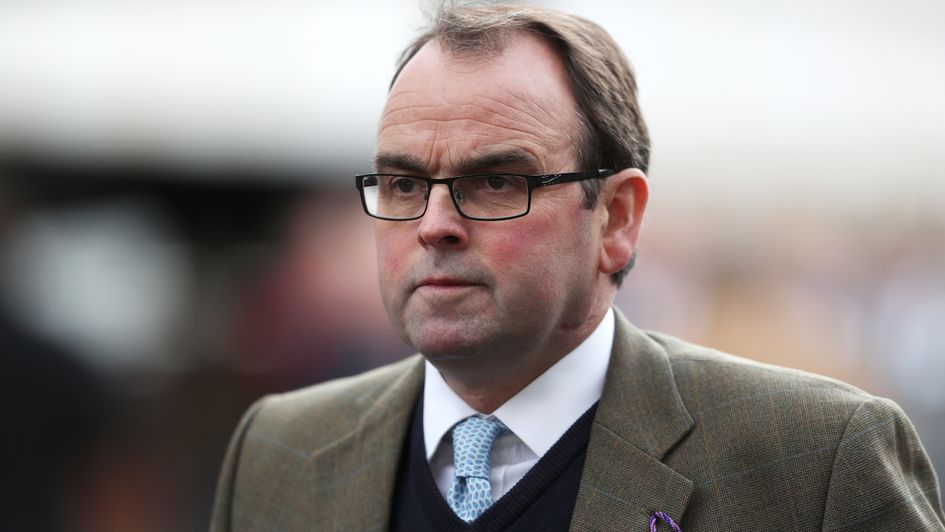 Mixed on the weather front and on the track, with four Flat contests and four jumps races that have attracted a number of interesting horses.

I’m looking forward to seeing the progressive Aleas reappear for Ralph Beckett in the 2.00, while high-class sprinter Khaadem bids to atone for a poor Dubai effort in the 2.35 and the improving Copperless has to be of interest in the Swinton Hurdle at 3.10 given that he looked as if he had loads to give when falling two out in a similar race at Aintree.

Raaeq makes some appeal in a tight listed race at 3.45 but perhaps the most attractive bet on the card comes when Senior Citizen lines up for the 4.55.

Alan King’s gelding has developed into a useful chaser this season, chasing home the high-class Espoir De Romay (now rated 160) at Huntingdon before Christmas then running every bit as well to hit the frame in Newbury’s Greatwood Gold Cup and Aintree’s Topham Chase this spring.

Senior Citizen has been dropped 2lb for that Aintree run. He’s nicely treated as a result and, with his accurate jumping a big plus, this looks an ideal chance for him to make his mark again.

Key points from the first two days of Chester’s May meeting?

Some things never change - all seven races at up to a mile went to those drawn 6 or lower with five won by horses drawn 1-3. 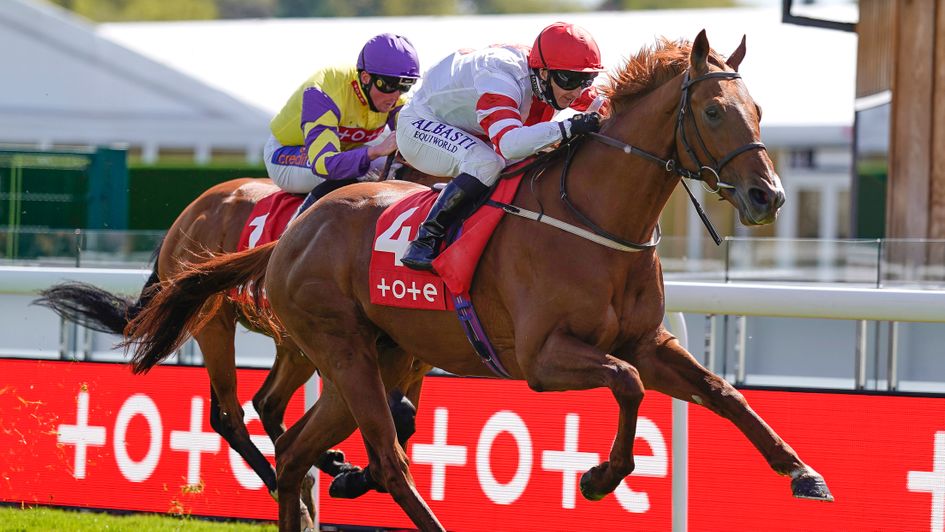 Showalong had a perfect tactical setup in the 3yo sprint but won with his two ears pricked. He looks a handicapper to follow, while Youth Spirit was decisive in the Vase and will clearly get the Derby trip well if he turns up at Epsom.

Plenty went wrong for fiery Mondammej in Thursday’s opener and he’ll do much better on a more conventional track. El Drama flourished with a fluent Dee Stakes win to earn a French Derby place, while Trueshan ran a belter giving 5lb to Japan in the Ormonde and will be one of the chief obstacles to a fourth Gold Cup for Stadivarius if rain continues into June.

Can racing earn from retiring Hearn? 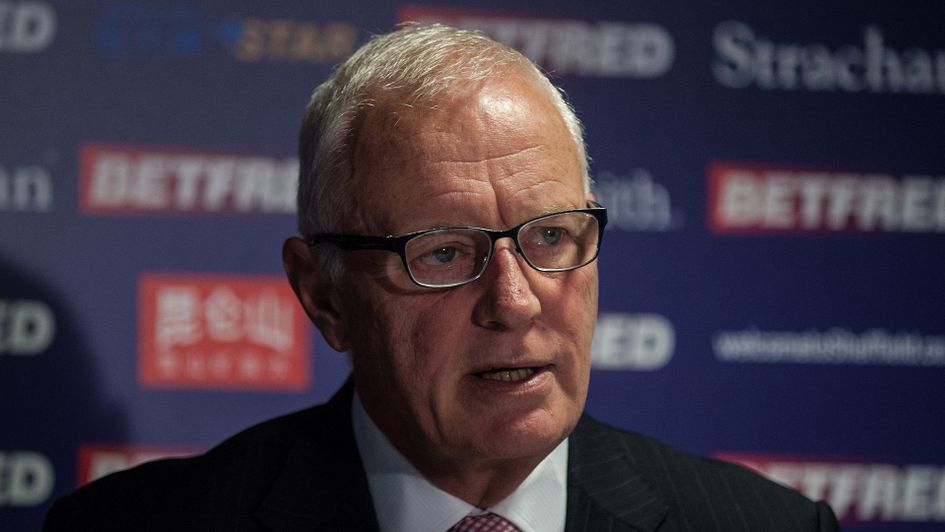 Can you imagine the BBC running a documentary called Gods of Racing?

No, nor can I, but a three- part retrospective called Gods of Snooker starts on BBC2 this Sunday and the promoter who helped turn a little-known sport into what the Beeb’s trailer calls “a national obsession” in the 1980s might just be open to offers.

The call to get Barry Hearn aboard is familiar to various sports struggling for crossover appeal and the man who has also helped breathe life into darts, boxing and even fishing was in typically silver-tongued form in an engaging chat with 5 Live’s Ellie Oldroyd this week.

Bits of it were rose tinted – including the suggestion that the climax of 1985 World Snooker final between Dennis Taylor and Steve Davis was a JFK moment – but the whole interview was a reminder of how a charismatic frontman with bold new ideas can turn casual observers into engaged spectators.

What’s this got to do with racing? Well, Hearn used last week’s World Championships to announce that he is retiring as chairman of Matchroom Sports Group, a company born in the back of a Romford snooker hall in 1982 that has since become one of the world’s biggest sports promotion companies.

That connection means he knows racing’s inherent problems all too well and he used an interview with the Irish Field to stress that the sport feels “like a little in-house club” and that it has “too many barriers to entry.”

Perhaps those barriers are enough to prevent him stepping away from enjoying a quieter life of golf, cricket, fishing and what he now jokingly refers to as “some Bazza time.”

But Hearn didn’t become Dagenham’s sporting version of P.T. Barnum by working on his short game and perfecting his googly. And I can’t be the only one wondering whether the BHA and Great British Racing might see if he fancies a bit of part-time consultancy work.

What’s it like to be back on a racecourse with crowds? 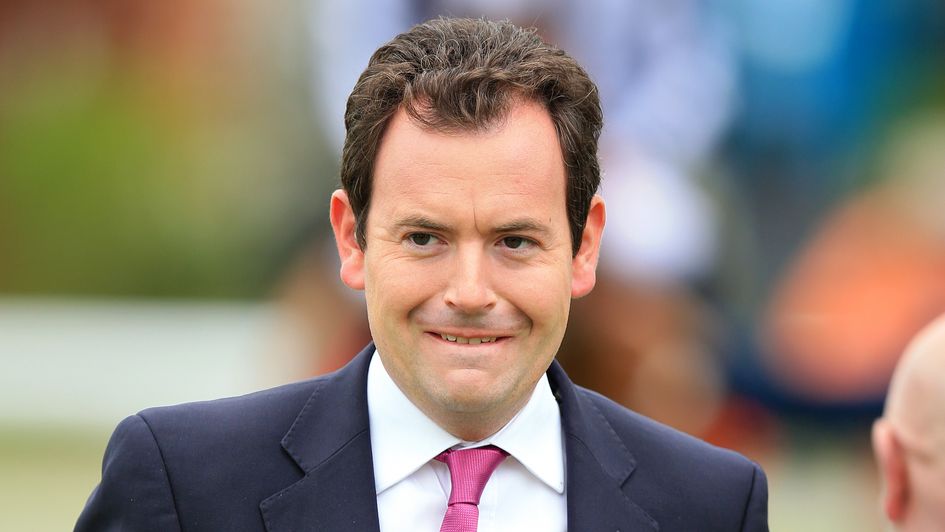 Nick Luck: Was amongst the 51,000 at Churchill Downs

I haven’t felt the special buzz a big racing crowd generates for ages now. But I know a man who has and Nick Luck was thrilled to be back in the thick of it at last week’s Kentucky Derby presented by Woodford Reserve.

Luck was working as part of the NBC team at Churchill Downs and, after fourteen months of working from near-deserted tracks, the eight-time Racing Broadcaster of the Year felt that being part of a crowd of over 51,000 was “inspiring and invigorating.”

He added: “It was great to be part of a big attendance for the first time since Cheltenham 2020 and, when the crowd started to sing before the big race, the sense of how much your spirit can be lifted by the sheer enjoyment of a communal, vibrant sporting occasion really hit home.

“The state of Kentucky worked extremely hard to ensure that crowds could return, following all the key early protocols, and although I had to conduct most of my interviews in a mask there was a palpable sense of collective pleasure that the shackles were beginning to come off.”

And what does British racing’s return from Covid look like?

It certainly won’t look like what most of us recall as normal.

Hearn feels that “a lot of sports have given up – they haven’t had the funds, the resources, the appetite or the energy to fight this battle against Covid.”

That allegation can’t be levelled against racing, which has shown considerable agility to ensure the show goes on behind closed doors, but Tom Dascombe spoke for many at Chester on Thursday (despite inflating the Crucible attendance by over 500 per cent) in suggesting that an abundance of caution now needs to be replaced by a firm plan to get people back on track in numbers.

A maximum of 4000 people will be allowed to go racing from May 17, with June 21 pencilled in for wider opening, but the Racecourse Association’s chief executive David Armstrong stressed the need for continued patience when interviewed by Luck and gave a hint as to what racegoers can expect by saying that “social distancing is the key measurement by which everything is judged.”

Meanwhile, Luck is looking forward to heading north for a York Dante week that could be the last lockdown Festival of its kind if Britain’s huge vaccine programme continues to work.

“Racing’s self-preservation instinct has always been strong,” he added. “Everyone wants to be seen to be sensible. The sport has done extremely well in knowing how to survive through the pandemic – and now it has to want and to know how to thrive again.”

Whip worthies at the wheel

I like the fact that the band of worthies who will shape the future of the whip, including Lucky, is called a Steering Group. I love the fact that John Gosden might have to lay out if talk turns to using the convincer on newcomers. And I look at news of jockeys being given instant outcome saliva tests for cocaine and think “if this doesn’t work, then what will?” 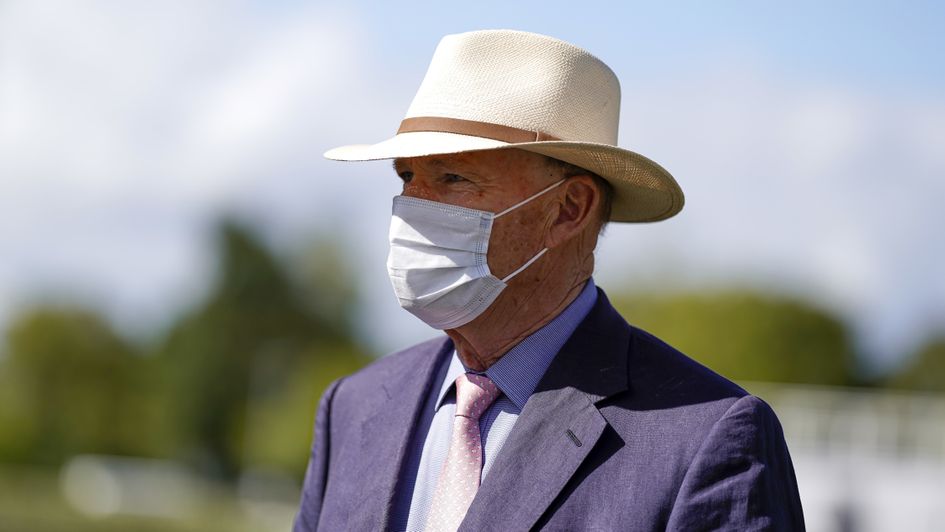 Absolute eyecatcher Stowell was the horse who put Rab Havlin and Big John on the hot seat at Lingfield last month and the Zoffany colt will be a warm order to get off the mark in Friday’s three-runner maiden at Ascot. Gosden has a wealth of high-class older horses – headed by Palace Pier, Stradivarius and Waldkonig – but with the Guineas and most Epsom trials in the books he’s looking a little light on star three-year-olds.

Jim Bolger trains another Guineas winner with Poetic Flare at 79; Kevin Manning rides him aged 54; Frankie captures another 1000 Guineas aged 50 on Mother Earth; and John Velazquez snares a fourth Kentucky Derby aboard Medina Spirit at 49. The young cubs will take over eventually – but the old lions are roaring loudly even as they come into line for a second vaccine. 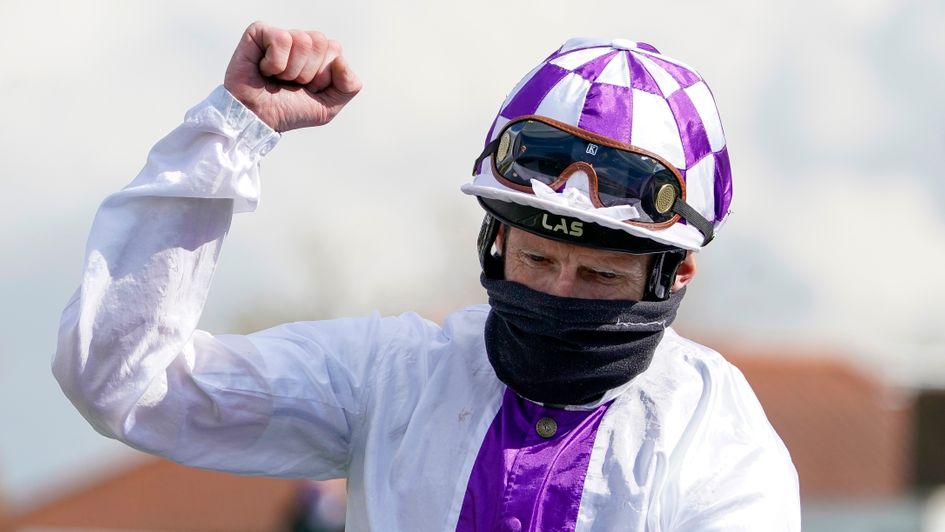 Beach too hot for Oaks challenge?

Great to see Jane Chapple-Hyam has a good filly in Saffron Beach, though whether the 1000 runner-up is Oaks material is doubtful. Saffron Beach is by Arc third New Bay but the female side of her pedigree is speed. Add in the fact that she was distinctly revved up in the paddock at HQ – causing Adam Kirby to take her down early – and sticking to a mile looks the safe call.

The tradition of racing media bods tasting ownership success – see Sir P O’Sullevan and J Wilson – is back in the news thanks to Hugh Taylor and the Dixon Bros. ATR wizard Hugh Taylor was thrilled to see Fev Rover – a filly he helped source and name for a Nick Bradley syndicate – finish third in the 1000, while RTV regulars Chris and Martin Dixon are eyeing Royal Ascot after Warrior Brave carried their Horse Watchers colours to victory at Goodwood.