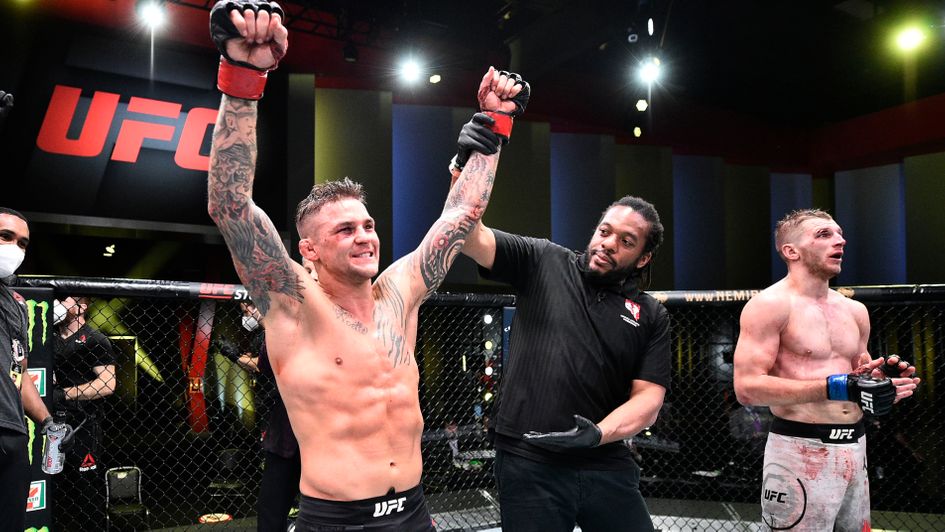 As they show it was a tight bout, Poirier looking in trouble in the early rounds before regaining his composure.

It was his first fight since a third-round defeat to Khabib Nurmagomedov at UFC 242 in September.