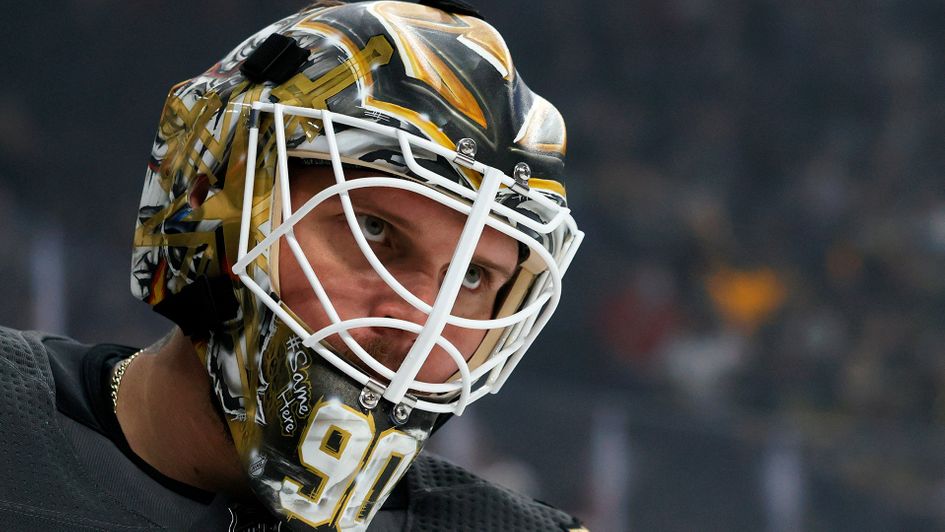 The new NHL welcomes back an 82-game season and Tom Carnduff picks out his best bets - with four advised from 9/4 to 40/1.

The reduced 2021 season forced the NHL into making significant changes, but the new campaign sees the league return to how it once was with the four divisions realigned to normal.

Arizona Coyotes have been shifted to the Central to make room for the latest expansion team, Seattle Kraken, in the Pacific and their arrival on the scene will cause some headaches in the Western Conference.

We can't be certain how they will perform in their debut season considering the potential for it to go very right or very wrong. A playoffs appearance is likely - perhaps we shouldn't really expect much beyond that.

It's the Eastern Conference where the truly stacked teams can be found though. The hugely popular North division consisting of the Canadian teams is no more but the good news for fans is that the Atlantic is likely to take that mantle - there you will find four teams with genuine claims for top spot.

It's also the division that is best avoided when it comes to trying to pick out a Stanley Cup contender. There is every chance the winner will come from the East, but the sheer number of good teams in comparison to the West creates added risk.

In the Western, we could point to two and, at a stretch, three teams capable of going beyond the 100-point mark. In the Eastern, we should see five achieve that as a minimum - and six or seven isn't out of the picture.

That gives us some insight as to who will lift the Stanley Cup in June. Three teams are clear favourites - two of those are based in the Western Conference. One of those is arguably the strongest - Colorado Avalanche - who should win the Central Division by a considerable margin.

However, battling them on that side of the bracket is the VEGAS GOLDEN KNIGHTS. Their short life in the NHL has been one of near-misses - a Stanley Cup final and two conference finals - but they look good value at 15/2 to finally lift the trophy.

It's an impressive achievement that their start in the league has seen them firmly established as a strong contender every single season. Four campaigns have brought four playoff appearances and the only real disappointment was the first-round exit to rivals San Jose in 2018/19.

They should win the Pacific Division ahead of Edmonton and Seattle and there aren't too many teams on this side of the bracket that will trouble them. Half of this division won't come close to the playoffs and they actually have a decent chance at the Presidents' Trophy because of it. 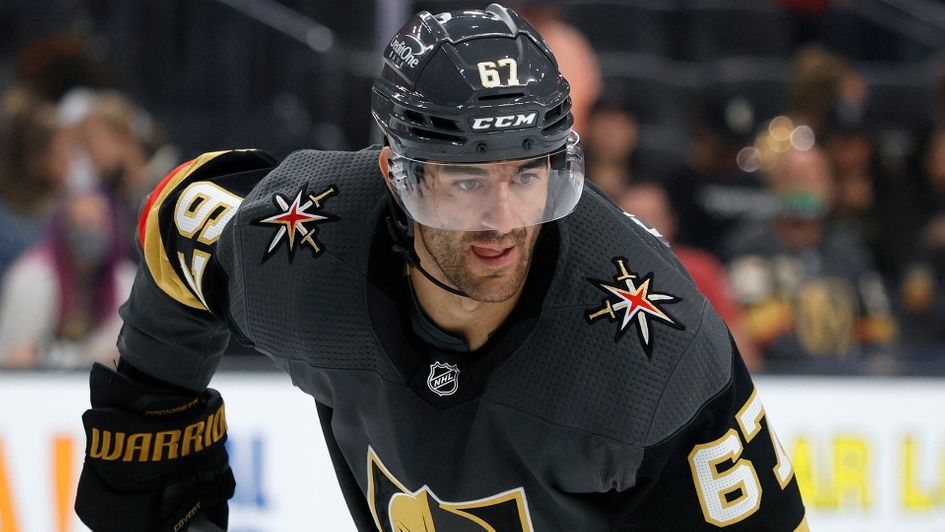 The Marc-Andre Fleury trade in the off-season made headlines and Vegas still have very strong goaltending in Robin Lehner and Laurent Brossoit, while the team in front has depth to support the top lines.

Are Vegas the best team in the league? You could make a case for two or three others alongside them but their path to the final is preferable to any side from the East. It's essentially Colorado or Vegas - both have a level chance of going all the way therefore the latter provides more appeal at a much bigger price.

You also have a coach with great playoff experience in Peter DeBoer. An unpopular move at the beginning due to his previous association with the Sharks, but one that has reached the Stanley Cup finals with San Jose, and with New Jersey before them.

His last two seasons (or one and a bit) - as disrupted as they have been - saw Vegas reach the conference finals and an appearance in the final four will be the absolute minimum requirement - with the goal of winning the whole thing still top of their priorities list.

"We know what the expectations are and our goal is to win a Stanley Cup here, and that’s every year," DeBoer recently said. "There’s obvious pressure that comes with that, but our group has shown that it doesn’t overwhelm us."

The circumstances look good for a deep playoff run for Vegas once again and the numbers alongside predictive data points to the Golden Knights being a Cup-worthy team. They've also been unafraid to pull the trigger and go big at previous trade deadlines - there could be a big addition to come in time for the playoffs.

Count on the Canes 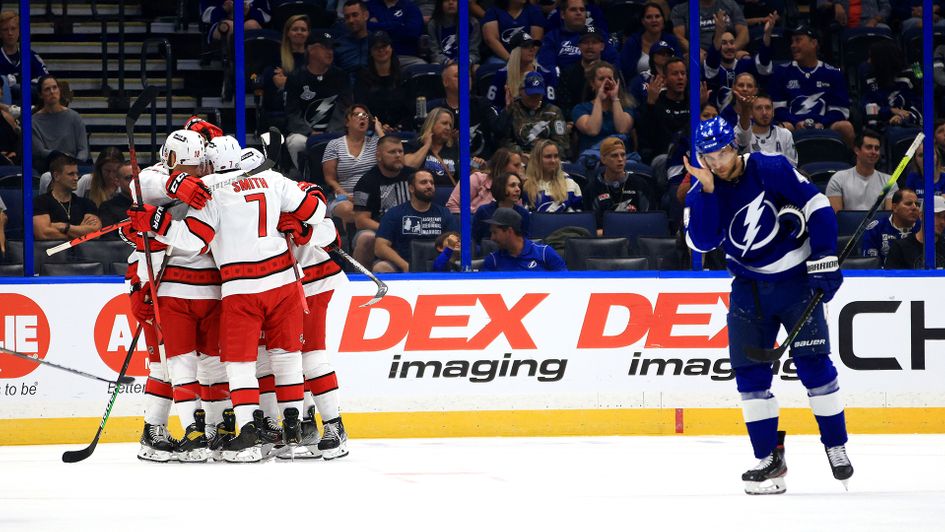 The Atlantic is going to be a phenomenal division to observe in the Eastern Conference but huge value can be found in the Metropolitan, where CAROLINA HURRICANES can come out on top as they did in 2021.

The bookmakers can't call this division with the Hurricanes tied up with the New York Islanders and the Rangers as the shorter prices, but Carolina are well worth backing at a best price of 5/1.

You can add Pittsburgh to this picture for a tight division in which a handful of points may separate first and fourth but the Hurricanes have done well out of an off-season where change was expected.

The Frederik Andersen and Antti Raanta goaltending rotation is the biggest point here but you wouldn't expect that to be problematic - although questions will remain. However, they aren't exclusive to the Canes.

The off-season gave us the entertainment of the Jesperi Kotkaniemi offer sheet saga between Carolina and the Montreal Canadiens - a move the club firmly made the most of on their Twitter feed in response to the Sebastian Aho offer sheet from the Canadiens in 2019 - and second line minutes are likely for the forward.

Ethan Bear's addition from the Oilers could provide a defensive partner for Jaccob Slavin - although that may come as part of rotation at some stage - but the Canes have every chance of matching last season's pace.

The Metropolitan may well end up closer than initially anticipated - we are talking a single point may be enough to decide the winner - but the value lies in taking the Hurricanes to be the team that comes out on top.

We can't discuss this NHL season without looking at that stacked Atlantic Division. The odds once again vary here but while the reigning champions TAMPA BAY LIGHTNING are favourites to come out on top, they still represent good value at a best price of 9/4.

All of the predictive data points towards the Lightning winning this division ahead of the Toronto Maple Leafs, Boston Bruins and Florida Panthers. Spare a thought for the other four making up the eight - Buffalo are set for a very, very long season with fewer than 70 points a firm possibility.

The strength of this Lightning side is reflected in that fact their Stanley Cup odds are half of the Maple Leafs, while the Bruins are 14/1 shots and the Panthers 25/1 outsiders - the same price as the unpredictable Oilers and Rangers.

The potential issue for the Lightning is just how good their main competition will be with the Maple Leafs, Bruins and Panthers all strong candidates to break the 100 points mark. Tampa Bay should sail past 106 or so - a bold guess would be around 115.

The final bet comes in the combined play at all four division winners - two of which have been discussed. That said, the two bets already advised are from the most open divisions - the Western appears more straightforward to call.

Therefore, at a best price of 40/1, backing the LIGHTNING, HURRICANES, GOLDEN KNIGHTS AND AVALANCHE all to win their divisions looks a solid enough play.

The quarter should be posting a combined total of around the 430 points marker and the Presidents' Trophy winner should come from here.

Considering that the two Western Conference selections are heavy odds-on favourites in their respective divisions, a 40/1 price on the gamble in the East represents great value.