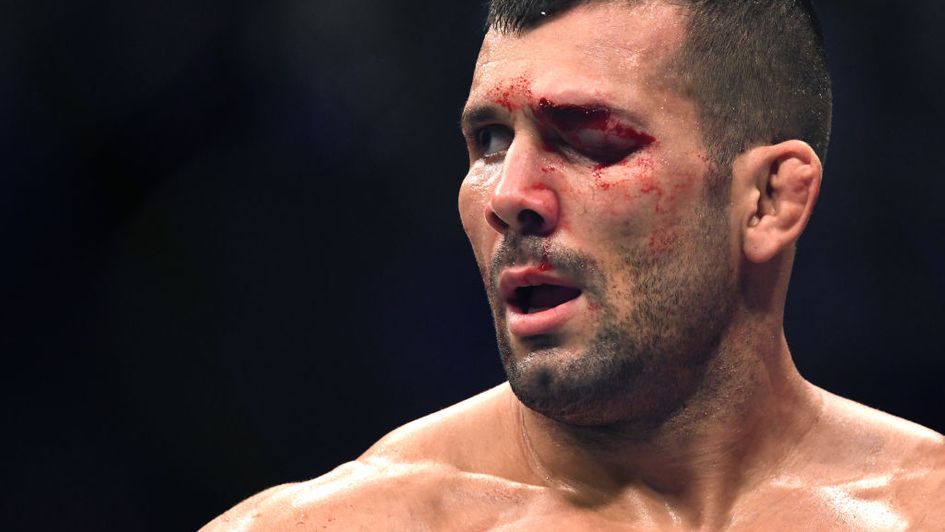 Will Dean previews this weekend's UFC Vegas 57, where Rodolfo Vieira and Mateusz Gamrot are both worth backing as underdogs.

Before some of the biggest names in MMA lock horns at UFC 276 next week, the organisation is investing in its future by showcasing the sport’s future talent at UFC Vegas 57. Headliners Arman Tsarukyan, Mateusz Gamrot and Shavkat Rakhmonov may not provide star power in 2022, but all three have the potential to competing for Lightweight and Welterweight titles later in their careers.

Main-eventers Arman Tsarukyan and MATEUSZ GAMROT are soon to be the complete package. With fluent striking and dominant grappling at their disposal, they have torn through the 155lbs division with relative ease since their debuts. Boasting dominant records of 18-2 and 20-1-1 respectively, the duo have felt destined to meet in their journey to the belt.

Despite the fight seeming evenly matched, Tsarukyan currently sits as a near 1/3 favourite, most likely due to his eye-catching debut against the most difficult stylistic fighter in the division, Islam Makhachev. Coming in on short notice, many expected the Armenian to be taken down and finished in quick succession, but Tsarukyan stood his ground and was competitive for 15 minutes.

Had it been Gamrot that faced faced Khabib’s prodigy that night, I believe the betting odds for Saturday’s main event would be the other way around. Instead, the Polish fighter faced an incredibly tough up-and-coming Guram Kutateladze (who fought last weekend), losing a split decision that many believed he won.

It is difficult to confidently pick a winner for this main event, but betting on MMA is often about resisting narratives and focusing on numbers instead. I find it hard to see why the odds are so wide for a what should be a closely contested battle, so a small play on GAMROT TO WIN at 9/4 is the move to make.

When managing the career trajectory of the sport’s most elite fighters, UFC matchmakers often struggle to find willing opponents that will play the role of the sacrificial lamb. To combat this, the organisation seem to be incentivising their fighters by offering favourable matchups in the future, should they be willing to take a gamble against a feared prospect.

In July 2021, THIAGO MOISES stepped up to face future title challenger Islam Makhachev in what felt like an impossible fight for the Brazilian to win. The result was as expected, but the UFC matchmakers appear to have held up their end of the bargain a whole year later. On Saturday night, Moises faces Christos Giagos in a bout that feels tailor made for him.

Giagos is an aggressive wrestler who struggles to manage his cardio. His pursuit of takedowns from the opening bell is exhausting, as he hopes to lock up a quick submission before the fight extends to a second and third round. Unfortunately for the American, Moises is the better grappler of the two, and submitting him in the opening five minutes will be a tall order.

With this fight expected to venture into the second round, the well-rounded Moises should have every opportunity to find a knockout or submission finish against an increasingly fatigued opponent. Backing MOISES TO WIN IN ROUNDS 2 OR 3 at 11/4 is therefore an appealing price for a significant favourite.

Chris Curtis and RODOLFO VIEIRA kick off the main card in a true clash of styles. The former is revered as one of the UFC’s best pure boxers, while Vieira is potentially one of the most credentialed Brazilian Jiu Jitsu grapplers in the entire sport.

Such contrasting skillsets often lead to one of two outcomes, as both fighters tend to have issues where the other is most dangerous. This fight is no different, as Curtis has historically struggled with his defensive grappling, and Vieira’s striking is still a work in progress

The pivotal sequences of this fight therefore revolve around whether or not Vieira can take down and hold down The Action Man – and I think he can. Curtis has struggled against a dedicated takedown threat before, and neither of his previous UFC opposition have really committed to exploiting such a weakness.

The difference in size between both fighters should help The Black Belt Hunter secure the takedown he needs. Vieira is a stocky Middleweight, whereas Curtis has only just moved up from Welterweight. If the Brazilian can find his way to the inside and force this fight to the floor, then a submission should be easy for such a credentialed grappler to find. Backing VIEIRA TO WIN at 5/4 could be one of the best underdog spots on the card, and an added wager on VIEIRA TO WIN BY SUBMISSION at 15/8 also appeals.