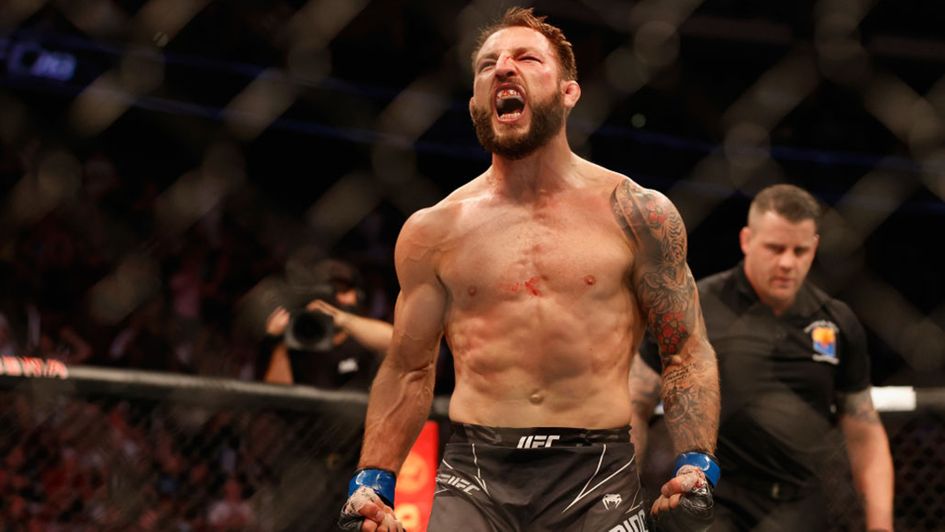 Will Dean picks out his best bets for UFC Vegas 42, with Brad Riddell backed for success as he faces Rafael Fiziev.

2pts Brad Riddell to win by Decision at 2/1 (General)

Despite not taking place on a Pay-Per-View card, both of the top two bouts at UFC Vegas 44 are high level fights that could prove decisive for both weight classes in years to come. The co-main event between BRAD RIDDELL and Rafael Fiziev is especially intriguing, with both men building popularity and respect from UFC fans for their high level striking skills. It has seemed inevitable that both men’s paths would cross inside the Octagon at some point, but Saturday’s bout will not be the first time they have stood toe-to-toe with one another.

Back before Fiziev and Riddell made their debuts in 2019, they were sparring partners at Tiger Muay Thai, a renowned gym in Phuket, Thailand. The two formed a friendship that still exists to this day, and all comments made in the pre-fight build up have been full of fondness and respect.

Whenever a similar narrative exists in MMA, where two fighters are well versed in one another’s style and are fighting purely for business reasons, the action tends to mirror the same sentiments. When sparring in the gym, fighters do not commit fully to their attacks and simply go through the motions - something we could plausibly see from Riddell and Fiziev on Saturday night.

Skill wise, The New Zealander seems to have made the more natural transition to MMA in recent years. From training with the likes of Alexander Volkanovski and Israel Adesanya at City Kickboxing, Riddell has begun to use his wrestling as a way of controlling the pace of his bouts. Such versatility would serve him well against Fiziev, who is still very reliant on his striking to win his fights.

Fiziev has also shown himself to have questionable cardio across 15 minutes, having lost the third round on at least one judge’s scorecard in each of his three decision wins in the UFC. Riddell fights with a real tenacity and desire to dig deep, which should serve him well down the stretch.

A finish may seem less likely here, but that is not to say that the fight will fall short of expectations. After the course of a 15-minute technical display, I expect to see Riddell take over in the second half of the fight and be awarded the decision victory. At 2/1, RIDDELL TO WIN BY DECISION seems the best play.

Elsewhere on the main card, two Contender Series alumni return from fight-ending injuries as JIMMY CRUTE and Jamahal Hill square off for a spot in the top 10 rankings. The Australian, Crute, took a well-placed leg kick that rendered him unable to walk in his last bout, whilst Hill refused to tap to an armbar that ultimately dislocated his elbow. With both men once again fit and healthy, they will look to pick up where they left off in their pursuit of the Light Heavyweight title.

This fight is fairly linear to break down, with each competitor holding a specific stylistic advantage over the other. Hill has looked untouchable on the feet in his UFC career, utilising his long reach and crisp jab to pepper his opponents with a high volume of strikes. Conversely, Crute is a dedicated grappler with explosive takedowns and high level submission offence. Whichever fighter is able to keep the contest within their realm is the more likely to get their hand raised when all is said and done.

Crute is the favourite in the bookmakers’ eyes due to being the more well-rounded of the two. The Brute appears more than confident on the feet, having scored knockout wins in striking exchanges against Modestas Bukauskas and a very-durable Sam Alvey. Whilst I don’t expect him to deliver a similar performance against Hill, he should be able to survive on the feet for long enough to get takedowns going. Once he does, the bout should be his for the taking as Hill’s takedown defence and overall grappling ability appear vastly inferior to that of Crute’s.

If the Australian can keep out of trouble in the opening exchanges, he could make quick work of Sweet Dreams on the mat. We have seen from Crute’s victory over Michal Oleksiejczuk that he is willing to shoot for takedowns from the opening bell, and the tap-out soon followed after less than four minutes. I’m siding with CRUTE TO WIN BY SUBMISSION at 3/1, as the gap in skill should present a submission opportunity if he is able to ground Hill.