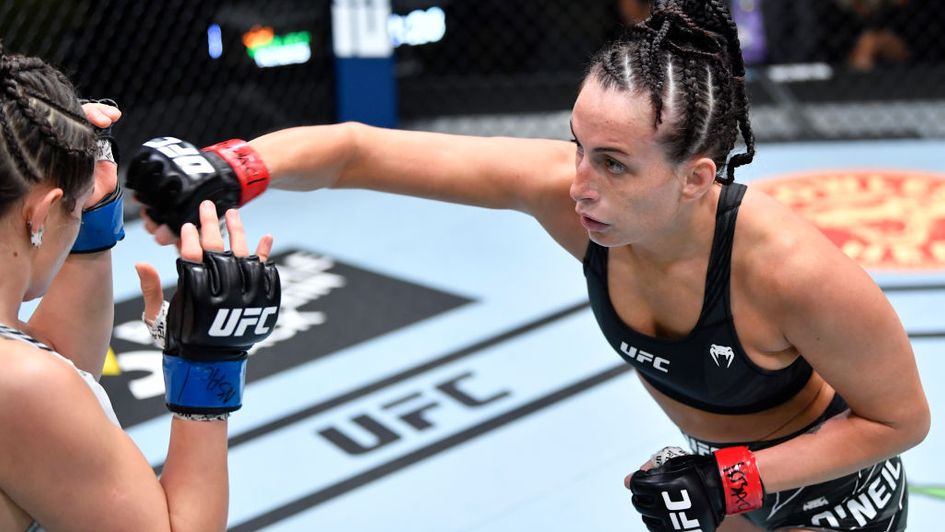 MMA expert Will Dean was in profit again last weekend, and he has two confident selections for UFC Vegas 38.

Saturday, October 2 — although it'll be Sunday in the UK

Johnny Walker and Thiago Santos have been two of Brazil’s most prolific finishers in recent years, with a combined 16 UFC knockout victories between them. Any fight involving either man is guaranteed pandemonium, so having both locked inside the cage should provide an instant classic.

Walker is by far the more chaotic of the two, as his six UFC bouts have shown. Five of these ended less than half the way through the opening round, with Walker even on the receiving end of a knockout himself on one occasion. The Brazilian’s wild striking style sees him launch huge attacks with reckless abandon, spinning and jumping towards an opponent in the hope of landing the decisive blow.

The 6’6 striker absolutely can find the knockout blow in this fight, but overexerting will put him at risk of absorbing a thunderous counter from Santos. Aptly nicknamed The Sledgehammer in Portuguese (and donning a large chest tattoo of one), Marretta is one of the hardest hitters in the UFC today. Fifteen of his 21 professional wins have been via knockout, and few fighters have ever lasted an entire fight in the cage with him.

Santos is deservedly the favourite in this bout, but his current three-fight losing streak implies the Brazilian powerhouse may be on the decline. His valiant effort to claim the title from Jon Jones in 2019 resulted in significant knee damage; tearing his ACL, MCL and PCL in the fight. While he has undergone successful surgeries since, he appears to have lost a step or two, and would likely never get close to the title picture again with a loss on Saturday night.

Both men possess the ability to end this fight in the blink of an eye, but both are vulnerable to being finished themselves. It is hard to predict who will emerge victorious from a chaotic firefight like this one, so relying on the madness and betting the fight to last UNDER 1.5 ROUNDS seems the play.

Elsewhere on the card, UFC Vegas 38 is filled with untrustworthy yet heavy favourites, with the exception of rising prospects CASEY O'NEILL and KAROL ROSA.

O’Neill is a Scottish-born Aussie who burst onto the scene earlier this year, producing dominant back-to-back performances that ended in finishes. King Casey showed UFC fans exactly what kind of competitor she is in both bouts, fighting with a suffocating pressure and drowning her opponents with dominant grappling in the latter stages.

It seems the UFC know they could have a star on their hands, which explains their decision to match O’Neill up against Antonina Shevchenko, sister to the reigning Flyweight Champion, Valentina. The two sisters may share a surname, but the gulf in skill between them is significant, with the older Antonina amassing a 3-3 record inside the UFC.

The kryptonite for La Pantera has always been her defensive grappling, as she struggles to keep fights vertical or find a way back to her feet when she hits the mat. While this would be forgivable, given her Kickboxing and Muay Thai background, the sheer success that previous opponents have had paints a worrying picture. Shevchenko gave up three takedowns and over 10 minutes of control time to Kaitlyn Chookagian in their 2020 bout, with the latter having never successfully landed a takedown in 16 previous attempts.

If any fighter on the roster can have grappling success against Shevchenko, then O’Neill should tear her apart on the mat. The young prospect will have to be careful in the opening round, given the striking disadvantage, but should be able to secure a round with each takedown landed. The sheer pace and aggression that O’Neill fights with should see her break Shevchenko down the stretch, where a late stoppage is also plausible. At odds of around 1/2, this is the perfect opportunity for O’Neill to announce herself in the division.

Rosa can rise to the occasion

In the 135lbs Women’s division, Rosa looks for her fourth consecutive UFC victory against the retiring Bethe Correia. Despite having only fought 17 times in her career, Correia has been in the UFC since 2013 and even fought against Ronda Rousey for the belt (losing by technical knockout in just 34 seconds). She appears to have considered retirement at numerous points in the last few years, and after losing three and drawing one of her last five, the time seems right for Pitbull.

Many of Correia’s contemporaries from the previous decade are long into their retirement, as Women’s MMA has evolved exponentially in such a short space of time. Back in Rousey’s prime, fighters could dominate divisions with just one strong skillset, neglecting the other martial arts and resting on their laurels. In 2021, it is integral that even the lowest-ranked fighters on the roster must be fluent in all aspects of fighting.

Rosa herself is the perfect example of this, having demonstrated slick striking and composed grappling across her three UFC victories. She currently holds the record for the highest average number of significant strikes landed per fight in the division, registering over 100 in her first two bouts. When fans were beginning to acknowledge her striking prowess, she dominated her third opponent on the mat, registering over 11 minutes of control time in the process.

From what we have seen of Rosa’s abilities, she is simply better than Correia in every aspect of the game. She is also 12 years younger than her foe and sporting a three-inch reach advantage in this fight, which should help her win dominantly. Correia cannot hope to match the volume on the feet, has never committed to pursuing takedowns and only won two of her 17 total bouts via a finish, so there does not seem to be a plausible path to victory here. This one should be as one sided as the odds suggest, making Rosa a healthy addition to the double and bringing the price close to evens.