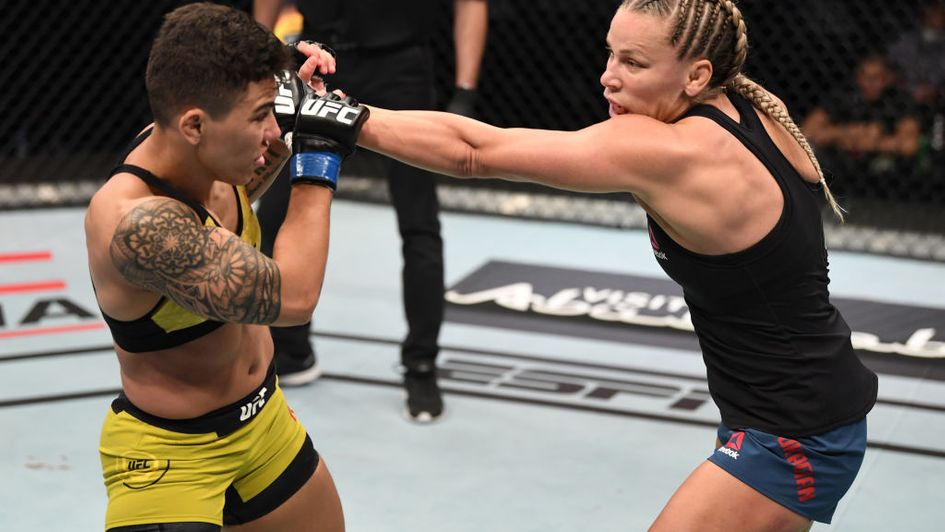 Will Dean bagged three winners from as many selections last weekend and he's back to preview UFC Vegas 54, where Katlyn Chookagian can earn a decision win.

3pts Katlyn Chookagian to win by decision at 6/5 (Unibet)

UFC Vegas 54’s main card sees Amanda Ribas venture up to the Flyweight division to face number one ranked KATLYN CHOOKAGIAN. A victory for either woman here could potentially see them next in line to compete for the 125lbs belt, after reigning champion Valentina Shevchenko defends it next month.

Ribas's decision to move up a weight class is a curious one, as her height and frame appeared to be perfect for 115lbs. Instead, the Brazilian now faces one of the Flyweight division’s tallest fighters in Chookagian, who will have a five-inch height advantage that she can use to full effect.

The Blonde Fighter's ability to manage distance and range is one of her best assets, so she should be out-landing Ribas with punches and kicks whenever the fight is on the feet. Ribas is likely going to need to initiate grappling to find a win here, but takedowns are harder to achieve against opponents with bigger frames, especially when struggling to close the distance in the first place.

Certain fighters just have a style that appeals in the eyes on the judges, increasing the likelihood that they are awarded rounds that the average viewer struggles to score. Chookagian is exactly one of those, managing an impressive 14-2 record when fights have gone the distance in her career. Her ability to persuade the judges has even earned its own terminology amongst MMA fans – where losing unanimously on the scorecards in a very close fight is simply referred to as "getting Chook'd".

Overall, Chookagian should cruise to an uneventful yet convincing decision victory here, demonstrating a higher volume of diverse strikes on the feet as well as good grappling defence. Considering how reliable she is to win fights on the scorecards, backing CHOOKAGIAN TO WIN BY DECISION at 6/5 is a no-brainer.

King of the Hill

As a polar opposite to Chookagian, ANGELA HILL is perhaps the unluckiest fighter when it comes to the scorecards. Overkill has won one of her last five UFC bouts, with three of her losses coming by a split decision. Hindsight is a wonderful thing, but there really is a plausible argument that her recent record could instead be 4-1, as there is reason to believe she deserved the victory in all three of those split decisions.

Thankfully, the winner of Saturday night’s fight should be easier to identify on the scorecards, as Virna Jandiroba relies heavily on winning by submission instead. Carcara is one of the UFC’s highest-level Jiu-Jitsu practitioners, having scored the tap-out in 13 of her 17 professional wins.

Unfortunately for the Brazilian, like many BJJ wizards that came before her, she struggles to get fights to the ground. In her last two losses to both Amanda Ribas and Mackenzie Dern, we saw the extent of Jandiroba’s abilities on the feet when takedowns were no longer an option – with her being out-struck in every round.

The winner of this fight will therefore very likely be determined by Hill's ability to defend the takedowns. While there was once a time where Overkill showed a glaring weakness in her defensive wrestling, she has allowed just five takedowns in her last five fights and has not been submitted in her last 10. Should she be able to overcome the early grappling threat that Jandiroba possesses, then the tide should turn in Overkill’s favour down the stretch.

It seems that Hill's recent run of bad luck is affecting the betting odds here, as I am surprised she is not a slight favourite over her Brazilian counterpart. With that in mind, I’m more than happy to take a risk on the underdog, backing ANGELA HILL TO WIN at 6/4.