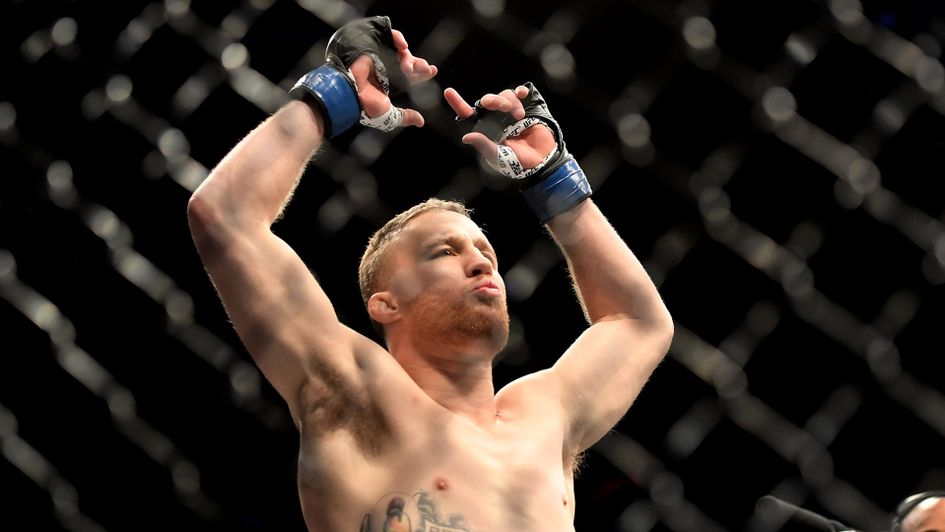 Will Dean previews Saturday's UFC 274 where Charles Oliveira vs Justin Gaethje is a headline bout that may well be over quickly.

Charles Oliveira’s journey to the top of the Lightweight division has been one of MMA’s great fairy-tale stories. After cementing himself as a top-15 fighter years ago, Do Bronx was known for dominating inferior opposition, but also as someone who would wilt under the pressure when it mattered most. Something incredible changed in 2020, as Oliveira strung together victories against three of the Lightweight division’s greatest ever fighters – Tony Ferguson, Michael Chandler, and Dustin Poirier.

Oliveira faced some serious adversity in both title fights, being knocked down twice in round one by Chandler and once by Poirier. On another day, the referees in question may have chosen to end them during these periods of adversity, and few could blame them. The display of heart and determination from Oliveira was truly poetic, and to see him overcome the same challenges that had plagued his career, en route to fulfilling a lifelong dream and securing and defending the Lightweight title, was as emotional a moment as MMA could ever provide.

The harsh reality is that, despite the heartwarming narrative, Oliveira is still proving himself to be a defensive liability. To make matters worse, the Brazilian must now defend his title against the hardest hitter in the division on Saturday night.

Justin Gaethje is the epitome of chaos. With 20 stoppage victories in 26 fights, MMA fans have known for some time what to expect from The Highlight – sheer aggression and thunderous power from the opening bell. Every exchange he gets into will have you on the edge of your seat, and Oliveira’s newfound durability will certainly be questioned in the early goings of this fight.

Do Bronx is no longer a fighter to underestimate though, and the reigning champion is certainly a dangerous finisher in his own right. The Brazilian holds the record for most finishes in UFC history, and his ability to take the back and secure a choke is second to none in the organisation.

Furthermore, Gaethje’s submission defence looked incredibly suspect in his 2020 loss to Khabib Nurmagomedov. If Oliveira can get this fight to the floor, then he’s very likely to find a submission finish along the way.

In a matchup of two of MMA’s most proven finishers, it is wiser to bet on a stoppage than to back a particular winner. Of their collective 66 bouts, 53 have lasted UNDER 2.5 ROUNDS. With the under hitting at an 80% rate throughout their careers, at 4/6 I think we are getting a generous price on the main event to end in its first half.

For the fifth time in her professional career, Strawweight champion Rose Namajunas takes part in a rematch against an old foe. Thug Rose’s initial 2014 fight with CARLA ESPARZA marked both women’s debuts within the company, where the latter was crowned as the inaugural Flyweight champion after a decisive submission victory.

Namajunas was only 22 years old when their first meeting took place and had only competed professionally on three occasions. While it is fair to overlook the outcome of a dated encounter, Namajunas’ biggest career weakness was on full display in that fight – with Esparza landing five takedowns and spending the majority of the fight in the dominant position.

Thug Rose has been fortunate to reign over a division that does not contain many dedicated grapplers, but that has not stopped strikers from having success on the mat against her. In her last fight against Weili Zhang, she was taken down with relative ease on five occasions again, losing the opening rounds and dragging the fight to a close split decision.

If Zhang can make a fight with Namajunas close with her grappling, then Esparza should absolutely have success on the mat as well. The Cookie Monster has been one of Women’s MMA’s most prolific grapplers, taking down almost every opponent she has ever faced and spending a third of her entire Octagon time in the dominant position. If Esparza can do that for at least three rounds, or find a submission along the way, then the title could well be hers once again.

Namajunas is rightly acknowledged as the better overall fighter at this stage in their respective careers, but Esparza is a specialist who thrives where the current champion is weakest. It may not be the most exciting game plan, but a smothering approach could make a ticket on ESPARZA TO WIN seem like ridiculous value at 37/20.

Rude not to make Brown favourite

RANDY BROWN has been one of the Welterweight division’s most under-appreciated combatants in recent years, having dominated fights as a betting underdog on numerous occasions. Despite making massive developments in his overall skillset during his time in the UFC, Rudeboy is being overlooked by the oddsmakers once again on Saturday night against Khaos Williams.

Williams has had an impressive 4-1 start to his UFC career, but his successes have shown an over-reliance on raw power, as opposed to technique. Whole it’s commendable for any fighter to have made such a positive start at the highest level of MMA, The Oxfighter will undoubtedly struggle in future bouts if he faces superior opponents who can nullify his fight-ending power.

Brown is exactly that type of stylistic challenge, as he can use his grappling advantages and longer frame to control where this fight takes place. With opportunistic submissions and accurate striking in his arsenal, Brown should have his own moments to threaten a finish in this fight, but he should also be the one winning rounds along the way.

Simply put, Brown is likely the superior fighter in all facets of MMA, except power. A knockout is always possible with four-ounce gloves and 15 minutes to work, but Rudeboy has proven himself durable and defensively sound enough to stay safe here. There may be some dangerous moments along the way, but backing BROWN TO WIN is the most appealing bet for this fight at even money.