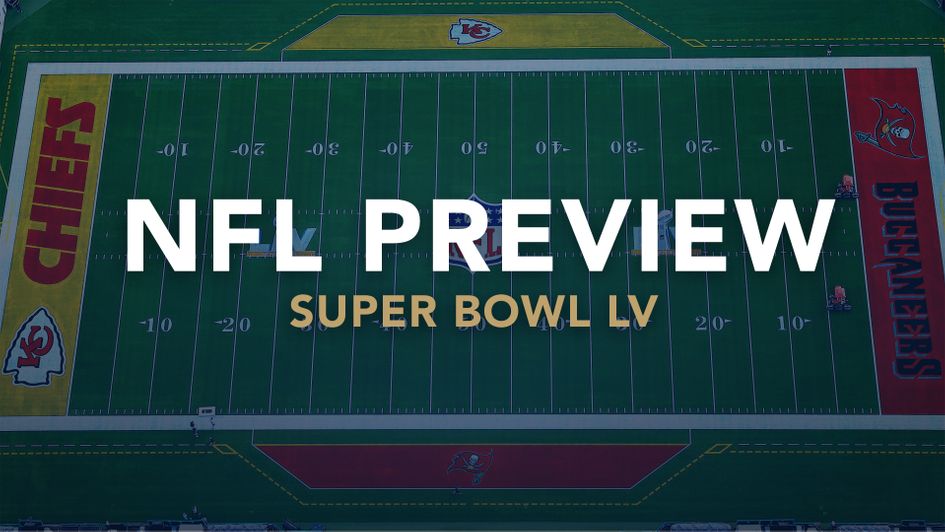 Our match preview with best bets for Super Bowl LV

The Super Bowl is finally upon us as Tampa Bay Buccaneers take on Kansas City Chiefs and Ross Williams picks out his best bets.

1pt Rob Gronkowski to score a touchdown at 5/2

As reigning champions, the Kansas City Chiefs go into their second-straight Super Bowl as favourites and it would be difficult to claim the bookmakers have this wrong.

Such is the expectation around Andy Reid’s team, the Chiefs arguably went under the radar in 2020 and yet ended the regular season with the best record in the NFL. They then went on to topple the Cleveland Browns – despite an injury scare to star quarterback Patrick Mahomes – before setting aside the Buffalo Bills with relative ease in the AFC Championship game.

The Chiefs were fancied to reach this point from the very start of the season, and nothing along the way has derailed them.

Kansas City are one of the better-oiled machines we’ve ever seen in the NFL and a dynasty waiting to happen, so there was perhaps a touch of curiosity when the betting lines landed at the end of Championship Sunday, and the Chiefs were only favoured by three points in the Super Bowl.

That line has hardly shifted at all over the fortnight since, and there’s only one logical reason why. 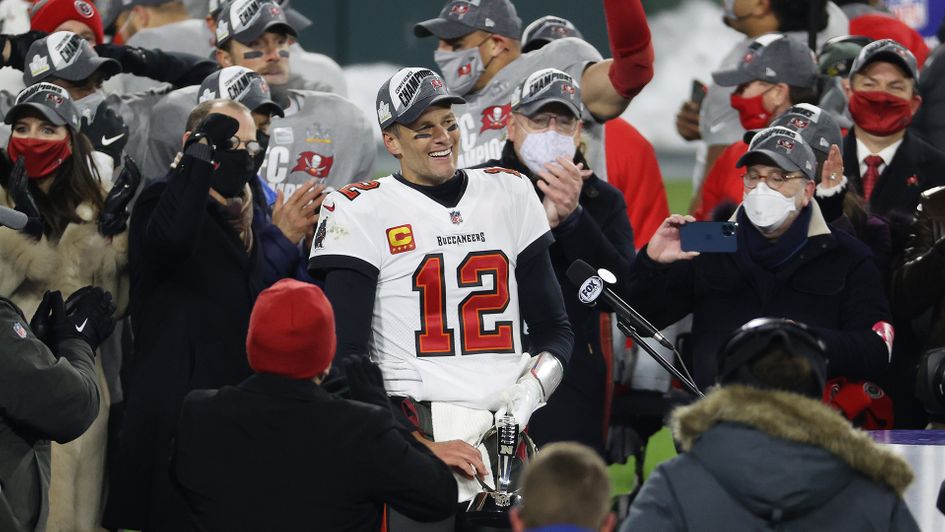 Tom Brady to you and me; otherwise known as the greatest player in the history of the National Football League.

This was clearly Brady’s vision in March of 2020 when he made the dramatic move south after almost two decades in New England. Many didn’t think it was possible, but here we are.

He no longer has the safety blanket of the Massachusetts weather, nor the legendary Bill Belichick in his ear, but Tom Brady is back in the Super Bowl, for a record tenth time, and this time in the red of Tampa Bay.

Without the Brady factor – and the fact that betting against the legendary quarterback is usually far from recommended in post-season situations – I do believe the Chiefs would be favoured by far more points in this game, but you won’t hear me complaining.

Cutting to the chase, I do indeed believe Kansas City will have enough to beat the Bucs on Sunday and they may do it pretty comfortably.

The tandem of Tyreek Hill and Travis Kelce are serious considerations for the NFL’s best in their respective positions, and the way Mahomes can move the ball is nothing short of spectacular. The 25-year-old has put together another stellar campaign in his third year as a starter, and he should cause a haphazard Tampa Bay secondary all kinds of problems on Sunday.

Although the Buccaneers defeated Green Bay when all was said and done, Aaron Rodgers was able to dice up the Tampa defence in the NFC title game, to the tune of 346 yards and three touchdowns.

The Buccaneers can’t afford Mahomes to have similar success on Sunday, but it’s going to be tough to stop. Back in Week 12 when these two teams last met, the Chiefs’ star man was in scintillating form and managed an incredible 462 yards through the air, along with three touchdowns, all thrown to Tyreek Hill. 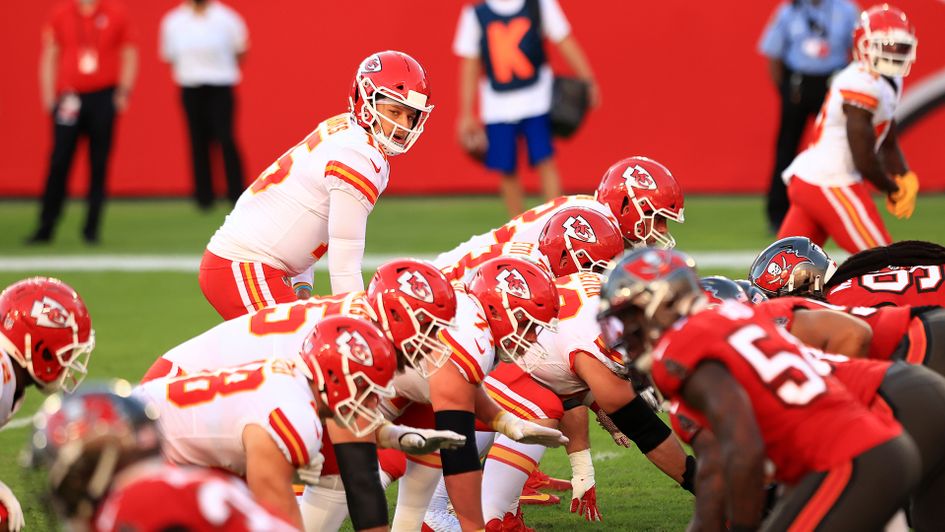 Patrick Mahomes in action against the Tampa Bay Buccaneers

With that in mind, Mahomes’ passing yardage line of 339.5 looks more than doable, despite being in the upper tier of yardage lines we’ve ever seen in Super Bowls.

That is a definite play to consider, but if you’re looking for something around that price, it may pay to stick to something outside the bounds of statistics.

Mahomes is currently 4/5 to be named Super Bowl MVP for the second-straight year, and that seems as strong a selection as picking Kansas City to win the game outright. In seven of the last ten years, the MVP of the game has been the winning team’s quarterback, so Patrick will be feeling pretty good about his chances of extra silverware this weekend.

The only way I can imagine Mahomes not scooping MVP honours is if Tampa Bay come up with a way of significantly disrupting the Chiefs’ offence.

This is something that certainly is possible going into this game, due to two notable absences in the Kansas City line-up. Both Eric Fisher and Mitchell Schwartz are set to be out, leaving two pretty gaping holes at either end of the offensive line.

With the form that Jason Pierre-Paul and Shaq Barrett are in (five combined sacks in the NFC Championship game) this creates a real issue in the game and it will be a source of hope for Buccaneers fans everywhere.

If you’re looking for a big-price MVP fancy this year, Barrett (33/1) and Pierre-Paul (66/1) might be more up your street, although be advised that they will almost certainly depend on an overall Tampa Bay victory.

If that excellent pass-rush can find a way through the Kansas City blockade and consistently cause Mahomes problems all night though, we really might have a game on our hands.

In that instance, the duty of course falls to Brady. 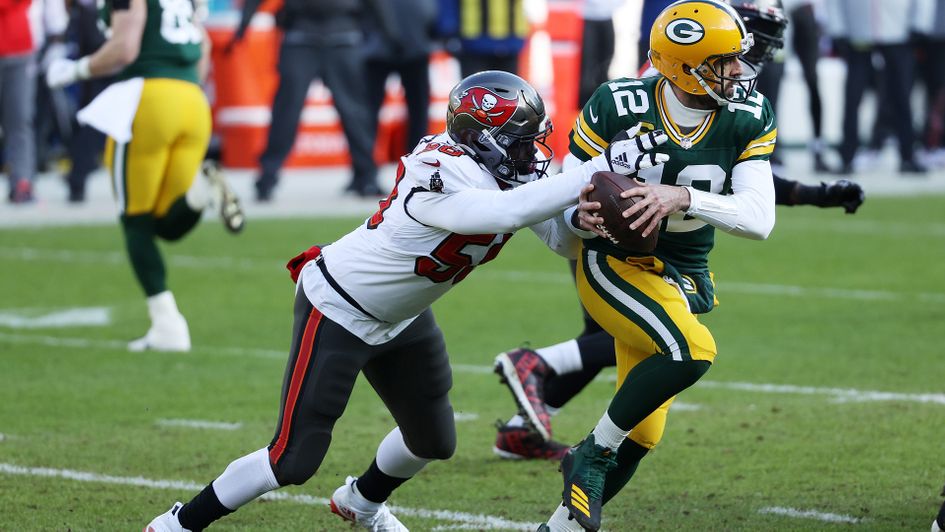 Whether Kansas are at their sublime best or not on Sunday, Tom Brady and his high-powered offence have to be perfect. They’re facing the most explosive offence in the NFL, who pride themselves on their ability to score points in bunches, so the Bucs simply can’t slack off and fall behind.

This puts an awful lot of pressure on Brady and although his mind certainly won’t be fazed by the occasion, it’s up for debate whether his 43-year-old body will be up to the task.

The future Hall of Famer faded badly in the recent clash with the Packers, throwing three interceptions in the second half that each never had a hope of being caught by a Buccaneer. He got away with it at Lambeau Field, but he will be afforded no such luxury on Sunday.

I believe Brady will have success in the early stages at least, with old friend Rob Gronkowski coming to his aide plenty in a favourable match-up with a defence that struggles against tight ends.

I love the value of Gronk getting himself in the endzone at a best price of 5/2 (2/1 general). He’s a big game player, and the games don’t come any bigger than this one. Plus, I don’t believe the Chiefs have the personnel to deal with Gronk’s sheer physicality, as shown earlier in the season when the former Patriot had a 100-yard game through the air.

However, I do foresee the Buccaneers falling away as we approach the latter stages. If the Chiefs grab a lead, they don’t tend to let it go and that will cause some desperation in Bruce Arians’ game-plan. 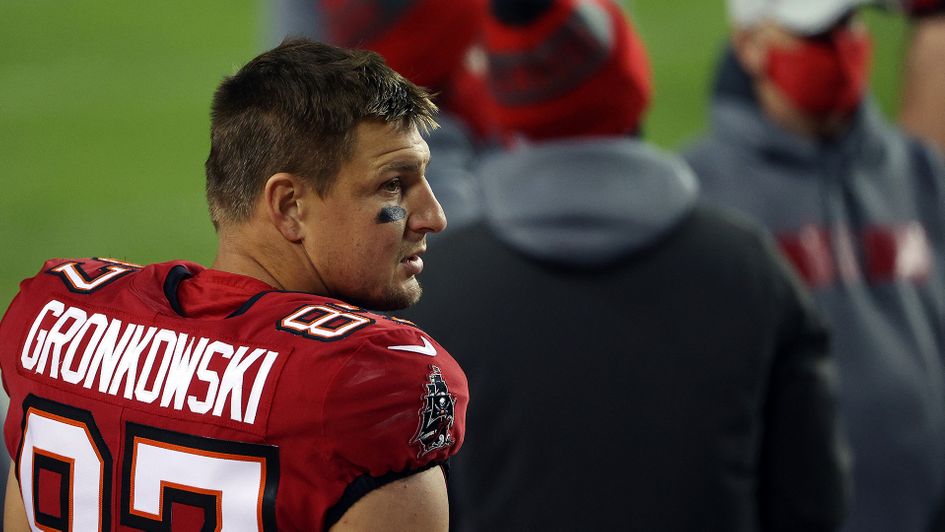 Brady has been dealing up the deep balls this year, but the drop-off in his accuracy this postseason has been notable. When Tampa need something to happen in the final quarter, I wouldn’t be at all surprised to see an interception or two from the Chiefs’ sneaky good cornerback unit and, if they can find a running lane, they might just return the football and plant a dagger into Buccaneer hearts.

At 9/2, I love the gamble on the Chiefs scoring a touchdown via their defence or their special teams unit, which is also one of the most explosive in the NFL.

Although I do believe the Bucs will put up a good account of themselves, make the game a high-scoring affair and perhaps even worry Kansas City early, I just don’t see Tampa Bay outlasting Mahomes and co. over the course of the 60 minutes. We don’t get the opportunity to say this often, but Sunday will not be Tom Brady’s night.

Patrick Mahomes is the new king of the NFL and, if you don’t believe it by now, you will on Monday morning.