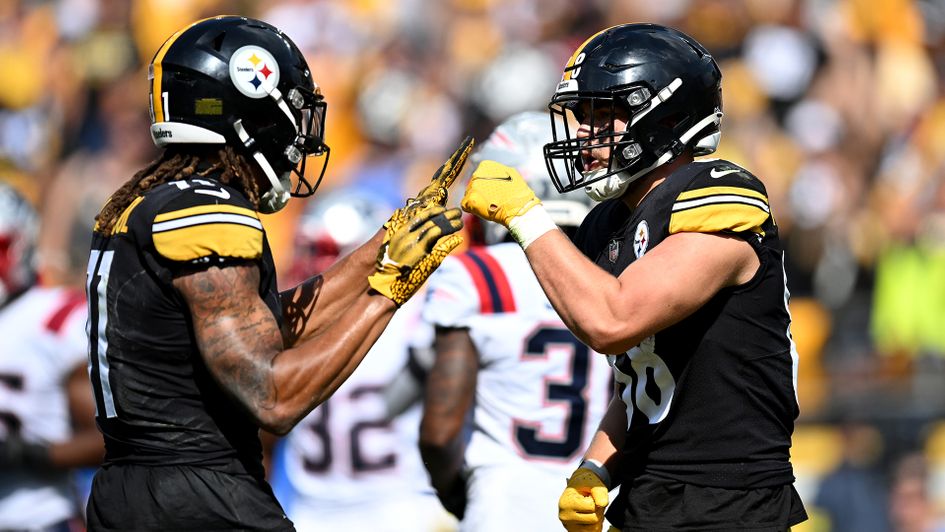 The Browns are made -4.0 favourites in this game, but their start to the season has shown that the Steelers do have a chance of securing victory as outsiders.

Pittsburgh are 1-1 following a Week 1 overtime victory against the Bengals and then a narrow enough defeat to New England seven days later.

The hosts are dealing with some injury problems, most notably Myles Garrett, who is battling a neck injury, alongside Jadeveon Clowney who hasn't practiced due to an ankle injury.

Add in Chase Winovich's absence and that gives the Browns issues on the defensive side of things, meaning that the Steelers have further opportunities to score. It opens up value in the touchdown markets.

At a best price of 10/3, we're taking PAT FREIERMUTH ANYTIME TD SCORER, with odds floating around the 3/1 mark available elsewhere.

Across the first two weeks of the season, only the Rams' Tyler Higbee and Baltimore's Mark Andrews have been targeted more among TEs than Freiermuth.

In the Week 2 loss against the Patriots, Freiermuth caught four of his seven targets, resulting in an early fourth quarter touchdown. Only wide receiver Diontae Johnson has been targeted more in this Steelers roster.

Freiermuth's target totals against other TEs in the league shows how important he is to this Steelers team, and it also demonstrates how trusted he is in scoring situations.

The defensive issues for Cleveland will benefit Mitch Trubisky, who should be able to move the ball around more than we've seen across the first two weeks.

At the prices available, FREIERMUTH is a great value play on Thursday night.