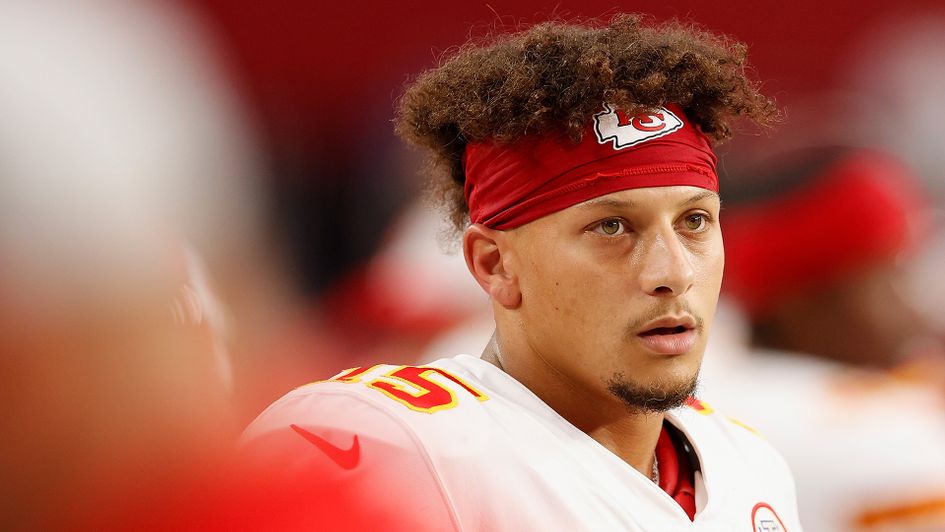 There are just four teams now bidding to win Super Bowl LVII in Arizona next month after another gripping weekend of NFL playoff action - get all the latest here.

Kansas City, Cincinnati, Philadelphia and San Francisco all progressed from Divisional Playoff weekend to provide our semi-finalists for the Conference Championship games.

There were a ton of talking points coming out of last weekend’s showdowns, including:

Our Midweek Update is intended to provide the information to inform your betting strategy for every single game of the 2022-23 NFL season. Here is our latest offering:

Pro football is a brutal game, played by powerful athletes at devastating speed. Not surprisingly the injuries which inevitably result have a massive impact on a team’s eventual success.

Here are some of the major injuries right now, with a particular eye on how they affect things moving forward. As we already hinted, one injury overshadows just about everything else:

Patrick Mahomes (QB, Kansas City Chiefs): When Mahomes suffered a high ankle sprain during Saturday’s 27-20 win over Jacksonville, the whole of Missouri held its collective breath. The replays of his ankle being contorted under the full weight of a Jags defender was not for the squeamish, and it was remarkable the former league MVP was able to complete the game and lead the Chiefs onto an AFC title game showdown vs Joe Burrow and the Bengals. Injuries like this one can take as long as 8-10 weeks to fully recover from, but Mahomes plans to suit up on Sunday. It appears impossible he will be anything like 100 percent, so the question is whether he can be good enough to beat a Cincinnati team which has racked up 10 consecutive wins. If you want proof of how significant Mahomes’ injury is, take a look at the betting line. Cincinnati is trading as a 1.5-point favourite on the road, you could move that 5 points in the opposite direction if Patrick was fully healthy.

Tony Pollard (RB, Dallas Cowboys): This is one injury which won’t affect this weekend’s playoff action, but it absolutely will ruin the offseason for Pollard. He ended a spectacular year in miserable circumstances, exiting Sunday’s loss in San Francisco with a fractured fibula. His recovery timetable is around three months, not ideal heading into an offseason when he is set to become an unrestricted free agent.

Jonah Williams (LT, Cincinnati Bengals): Williams missed the win in Buffalo after suffering a dislocated kneecap in the Wild Card round win over Baltimore. He is improving every day though and could return against the Chiefs. Cincy’s makeshift O-line overachieved in that win over the Bills, and having Williams back would be a huge boost for the trip to Arrowhead.

Alex Cappa (RG, Cincinnati Bengals): Another starting OL for Cincinnati who could return this weekend is right guard Alex Cappa. He has been out since injuring his ankle in Week 18, but HC Zac Taylor believes he could make it back in time to suit up in KC. Just what Joe Burrow ordered.

A.J. Brown (WR, Philadelphia Eagles): Brown has been a sensation in Philly since his trade from Tennessee, so it was a major concern when he suffered a hip injury during Saturday’s rout of the overmatched New York Giants. Brown is officially rated as ‘questionable’ for the NFC title game vs San Francisco, but has told coaches he will be good to go.

Avonte Maddox (CB, Philadelphia Eagles): The Eagles will need their stellar secondary at full strength to cope with Deebo, George and ‘Run CMC’. So having Maddox return after missing three games with a toe injury would be huge. As of now though there is no official confirmation, but HC Nick Sirianni is hopeful he will be healthy enough to suit up.

Christian McCaffrey (RB, San Francisco 49ers): McCaffrey played through a calf injury in the win over Dallas, but he should again be good to go for Sunday’s NFC title game showdown vs Philadelphia at the Linc.

Elijah Mitchell (RB, San Francisco 49ers): Mitchell was another Niners RB in the wars after the win over Dallas. He too though should be okay to face Philly despite sustaining a groin injury against the Cowboys.

Charles Omenihu (DE, San Francisco 49ers): Omenihu finished Sunday’s win over Dallas despite an oblique strain, and his health is not expected to stop him from facing Philadelphia this weekend.

Here are just some of the performances which really caught the eye in Divisional Playoff Weekend, again very much with an eye to what lies in store for the upcoming matchups:

Fred Warner (LB, San Francisco 49ers): The Niners are known for having multiple cheat codes on offense - Deebo Samuel, George Kittle and Christian McCaffrey are almost impossible to stop. But they also have a similar weapon on defense in the shape of the athletic freak that is Fred Warner. San Fran trusted Warner enough to have him cover top Dallas WR CeeDee Lamb regularly in Sunday’s game in Santa Clara, and the results were stellar. Not only did Warner come up with a crucial interception, he also gave up just two receptions for 15 yards in 37 coverage snaps. Incredible stuff, and the 49ers will need a repeat to slow Philadelphia’s space-age attack this weekend.

D.J. Reader (DT, Cincinnati Bengals): We’ve already included the terrific Reader once in this segment this season, and we make no apologies for doing so again. He may not get all the plaudits, but he is quite simply one of the game’s elite defensive tackles now. He was a constant source of pressure in the win in Buffalo, and that ability to wreak havoc up the middle could be crucial against a physically compromised Mahomes on Sunday afternoon.

Haason Reddick (OLB, Philadelphia Eagles): Reddick continued probably his best season as a pro by terrorising the Giants offensive line in a 38-7 drubbing at the Linc on Saturday night. Not only was he highly productive as a pass rusher (one sack and five hurries), but he also showcased his prowess against the run too. He has developed into a terrific all-round OLB and his matchup against an excellent 49ers offensive line should be a sight to behold on Sunday.

Joe Mixon (RB, Cincinnati Bengals): While Joe Burrow was surgical in taking apart the Buffalo secondary on Sunday, it was the Bengals ground game which made everything hum. Mixon came on strong when it mattered with 105 yards and a score on 20 carries. The Bengals clearly decided to put more focus on the run with their banged-up offensive line a cause for concern in pass protection. It worked a treat with Cincy employing perfect balance to upset the Bills. Mixon will again be crucial this weekend to his team’s hopes of clinching a second consecutive Super Bowl trip.

George Kittle (TE, San Francisco 49ers): The Cowboy defense did an excellent job of stopping the San Francisco offense, apart from Kittle that is. George came up big in crucial moments, none bigger than his juggling second-half 30-yard reception which set up a crucial score for Christian McCaffrey. On the day Kittle racked up 95 receiving yards on five grabs, and was arguably the difference between two well-matched teams. He has been sensational in recent weeks and his matchup with a stellar Eagles secondary is one to savour.

Travis Kelce (TE, Kansas City Chiefs): It seems ludicrous in some ways to include Kelce in this section of our Midweek Update, but he continues to raise the bar for NFL tight ends. He continued another fantastic season by catching 14 passes for 98 yards and a pair of TDs in the win over Jacksonville. And but for that injury to Mahomes, he likely obliterates the single-game playoff record of 15 grabs. Kelce has been THE offensive key for the Chiefs this season after the departure of Tyreek Hill, and never will his importance be greater than this Sunday vs the Bengals. Mahomes needs him now, more than ever.

Here are the games on the playoff schedule this weekend, along with kickoff times (all times are Eastern US time, the UK is 5 hours ahead):

The 2022 NFL season is not finished yet, but already 28 of the 32 franchises are now focused on the 2023 College Draft with their Super Bowl hopes now over.

Pro football’s annual talent contest will take place in Kansas City between April 27 and 29, with every single franchise dreaming of significant upgrades to its roster.

The draft order for Round 1 is already fascinating as a number of last year’s major trades start to impact. Here is what we already know now about the order for 2023:

NB: Miami does not have a first-round pick in 2023, losing it as penalty for being found to have broken league tampering rules concerning HC Sean Payton and QB Tom Brady.