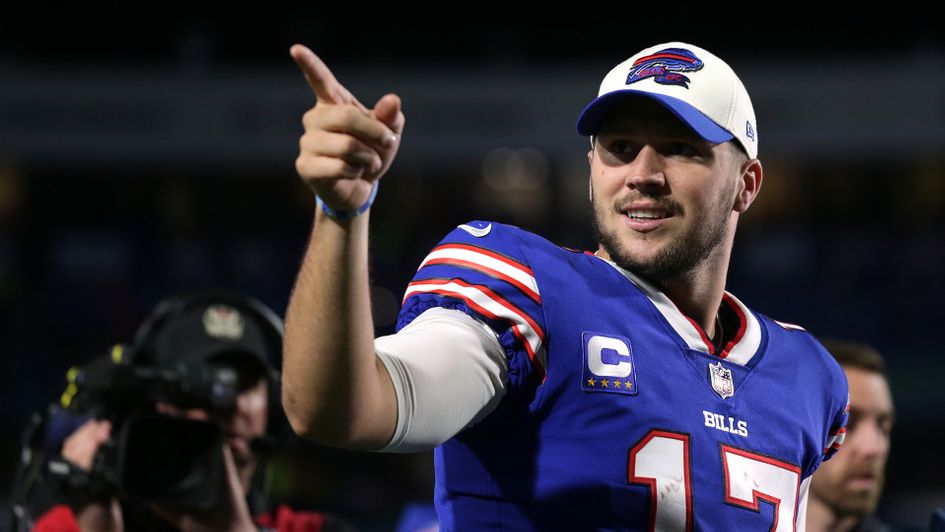 Two weeks into the 2022 NFL season and the Buffalo Bills are showing just why they are firm favourites to win Super Bowl LVII next February.

With QB Josh Allen already playing at MVP level, the Bills have been utterly dominant in racing to a 2-0 start to prove themselves the unquestioned #1 team in the league to date.

Tom Brady and the Bucs are also 2-0 after a much more understated beginning to their season, while last season’s Super Bowl losers Cincinnati are struggling at 0-2 after two heartbreaking last-second losses.

This week Buffalo gets what might be its biggest test yet to head up another terrific slate of games.

Here is the latest news Stateside in our NFL midweek update.

Pro football is a brutal game, played by powerful athletes at devastating speed. No wonder then that injuries play a massive part in determining which teams come out on top each February.

Here are some of the major injuries to hit the headlines in Week 2:

Trey Lance (QB, San Francisco 49ers): The new era at QB in the Bay Area lasted less than 90 minutes. That’s how long it took before the season was over for highly-touted second-year QB Trey Lance.

He exited Sunday’s win over Seattle in the first half with a fractured ankle, and he is done for the year. It’s a bitter blow for the Niners, softened only by the fact they kept former starter Jimmy Garoppolo in the offseason instead of trading him away.

The decision to bring back Garoppolo on a restructured deal with a minimum guaranteed salary of $6.5million was a masterstroke - it means they have the league’s best backup for a knockdown price. He passed for 154 yards and a score in relief of Lance on Sunday, and he gives San Francisco a chance to be competitive the rest of the way. 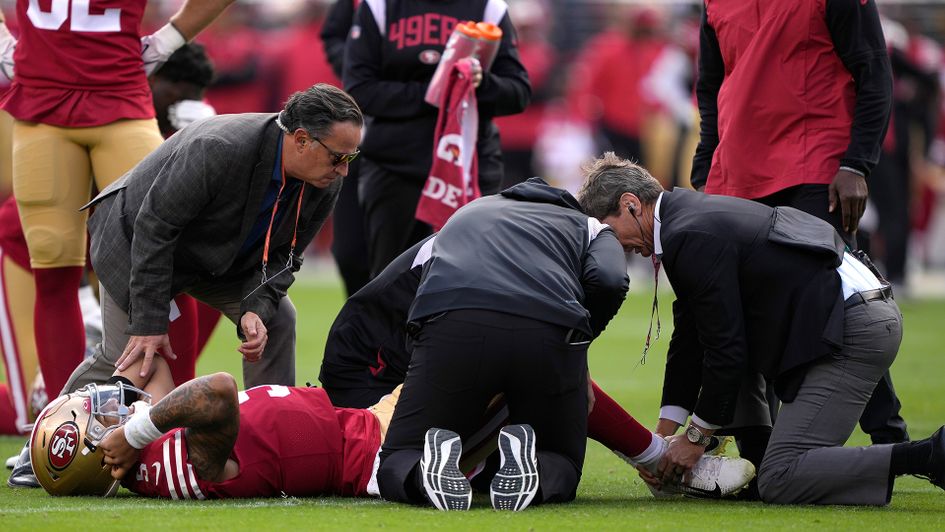 Dane Jackson (CB, Buffalo Bills): Buffalo’s impressive 41-7 rout of Tennessee on Monday Night Football was marred by the frightening injury suffered by CB Dane Jackson. He left the field in an ambulance after a helmet-to-helmet collision with team-mate Tremaine Edmunds.

There was a positive update a little later when the Bills announced that Jackson did have movement in all of his extremities, and further good news came on Tuesday morning with his release from a local hospital.

Doctors say Jackson suffered no major injuries to his head or spinal cord.

Dalton Schultz (TE, Dallas Cowboys): Schultz left the Cowboys’ win over Cincinnati in the closing stages with a knee injury, and an MRI later revealed damage to his posterior cruciate ligament.

Schultz is a doubt for the Monday Night Football trip to the New York Giants in Week 3, but the Cowboys do not expect him to miss significant time. Dallas fans with good memories though will find some cause for concern, given this is exactly the same injury which hobbled RB Ezekiel Elliott in 2021.

Elliott played through the injury for the remainder of the year after sustaining it early in the season, but he was never the same player. It would be foolish to rule out the possibility that this will impact Schultz’s productivity, even if he does still suit up on a regular basis.

George Kittle (TE, San Francisco 49ers): Kittle has now sat out both games of the 2022 season so far with a groin injury, and there is little doubt that the Niners miss a man who is a unique offensive weapon.

The good news for San Francisco though is that he could be back to face Russell Wilson and the Denver Broncos in a mouthwatering Week 3 matchup on Sunday Night Football.

Head Coach Kyle Shanahan has been clear though that he will not risk Kittle’s long-term health to rush him back. This is a long season, one in which the Niners expect to be contending deep into next January. 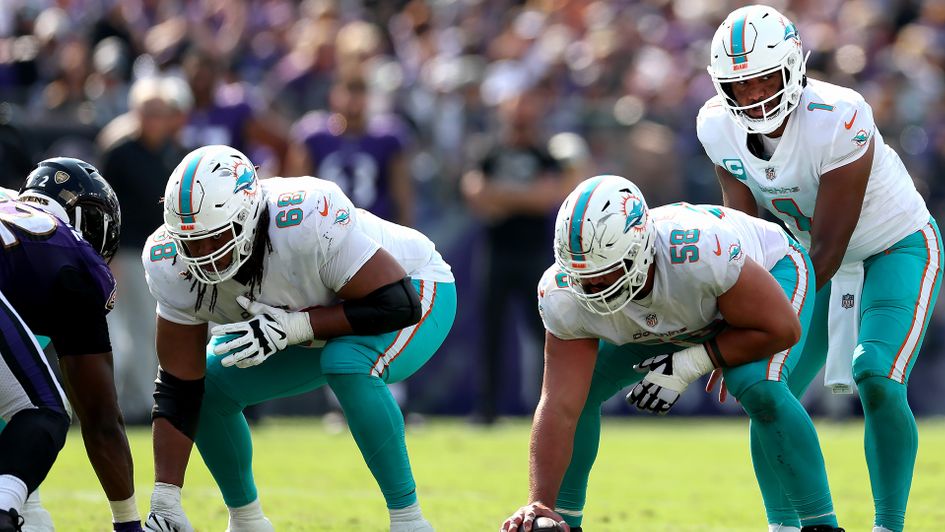 Week 2 delivered more stellar performances which had a significant impact on the early betting lines. Here are some of the displays which really jumped out:

Tua Tagovailoa (QB, Miami Dolphins): Few NFL players had more pressure on their shoulders than Tua heading into the 2022 season. Many seasoned experts wondered if he was the long-term answer at QB for Miami as he prepared for a make-or-break year. He would have no excuses either with one of the league’s most explosive WR tandems to throw to in Tyreek Hill and Jaylen Waddle.

Well, on Sunday in Baltimore Tua silenced a lot of those doubters with an incredible performance to bring the Fish back from a 21-point second-half deficit for an unlikely victory. He threw for a jaw-dropping 469 yards and SIX touchdowns, with Hill (190 yards and two scores) and Waddle (171 yards and two scores) both playing massive parts.

This was exactly what the Dolphins envisaged when they made that trade for Hill, and right now it looks like Tua is indeed the guy to get the best out of his spectacular weapons. No surprise then that he is now starting to get traction in the betting to be NFL MVP in 2022.

Micah Parsons (LB, Dallas Cowboys): Any thoughts that Parsons might suffer a sophomore slump after his sensational rookie year have been quickly put to bed. He has four sacks in two games already in 2022, and now heads the betting to be Defensive Player of the Year.

Parsons took down Joe Burrow twice in an unlikely 20-17 victory for the Cowboys over 7-point favourite Cincinnati on Sunday, and once again he was a game wrecker. Lining up all over the field, he was a constant menace both as a pass rusher and against the run.

The jewel in the crown of a fast-improving Cowboy defense, Parsons could be the man who keeps their season alive while Dak Prescott recovers from that hand injury. He is a special talent who is fast becoming one of THE best players in the NFL.

Aidan Hutchinson (DE, Detroit Lions): At one stage in the spring Hutchinson looked a lock to be the #1 overall pick in the NFL Draft. Then the Jacksonville Jaguars fell in love with Georgia freak Travon Walker and Hutch fell right into the laps of his hometown Detroit Lions at #2.

This looked like a match made in heaven - a terrific player with a great work ethic who was joining a team which has been built to fight for every scrap under HC Dan Campbell. And on Sunday at home to Washington that is the way it played out as Hutchinson racked up three sacks in a win over the Commanders.

Jacksonville went for the alluring potential of what Walker might one day be over what Hutchinson already was. It could yet be a decision they might regret. There are no complaints in Motown though, they could not be happier with their pick. 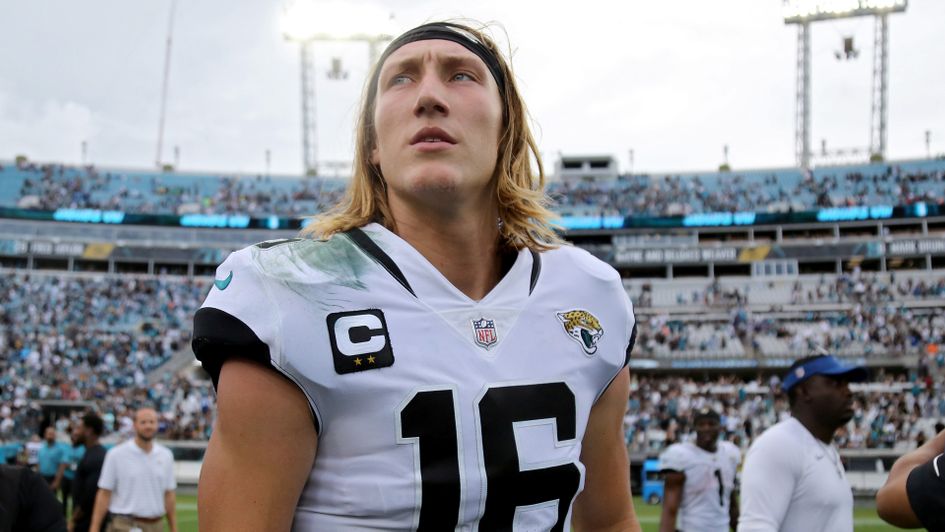 Trevor Lawrence of the Jacksonville Jaguars

Well, two weeks into the 2022 season and it looks like new HC Doug Pederson is doing exactly what the Jags expected him to do, fixing Trevor. Lawrence was a model of efficiency on Sunday as Jacksonville rolled to a hugely impressive 24-0 shutout of the fancied Indianapolis Colts. He passed for 235 yards and two scores, and in the process looked like a star of the future.

Few QBs in the NFL have a higher ceiling than Lawrence, and the signs now are that we might one day get to find out just how high.

Garrett Wilson (WR, New York Jets): It has been a while since the New York Jets had a true WR1, but now they might well have found their man.

When New York used the 10th overall pick in the 2022 Draft to select Wilson out of Ohio State, it was to inject real quality into their passing attack. On Sunday in Cleveland, he did just that.

Wilson caught eight Joe Flacco passes for 102 yards and a pair of scores as the Jets produced an incredible comeback from 30-17 down in the final two minutes to beat the Browns 31-30.

It wasn’t just the numbers which jumped out either, it was also the separation Wilson was able to get on a regular basis. He has speed and next level route running ability, and watching him work is a thing of beauty.

Now 8/1 second favourite to be Offensive Rookie of the Year, Wilson looks booked for a very big future. 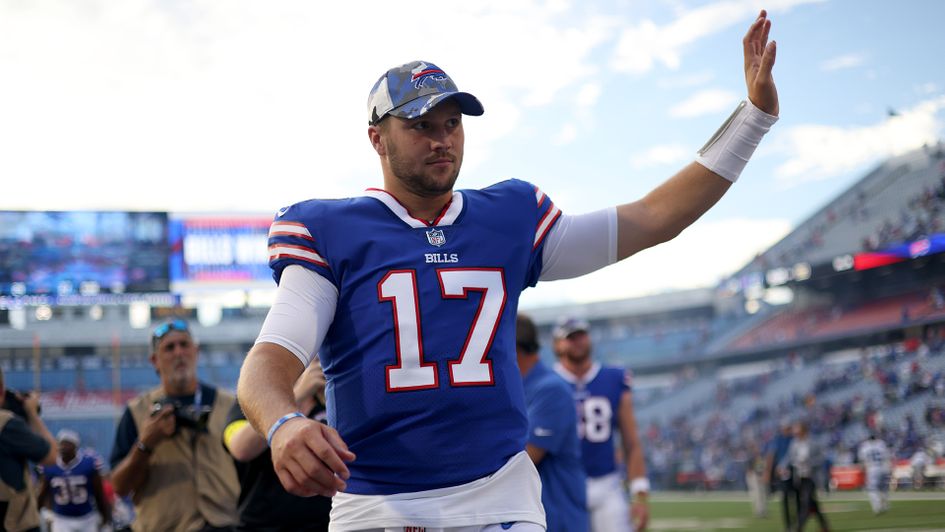 This should be an absolute beauty - a pair of 2-0 teams with high-powered offenses trying to stay perfect in a key AFC East matchup.

The Super Bowl favourite Bills visit the red-hot Dolphins, who produced that astonishing comeback from 35-14 down to beat the Ravens 42-38 in Baltimore last Sunday.

We’ve already told you about the six-TD show put on by Dolphins QB Tua Tagovailoa, and his devastating array of pass catchers should pose a real challenge for an excellent Buffalo defense.

The Bills meanwhile have been sensational in their opening two games, defeating the Super Bowl champion Rams by 21 points and last year’s AFC #1 seed Tennessee by 34.

Josh Allen has been terrific in both games and his matchup with Tua screams offensive fireworks.

Buffalo is a 4.5-point favourite in the early betting, while the Over/Under for Total Points is set at 51. Based on events of the last few days, it would be no surprise to see that line obliterated.