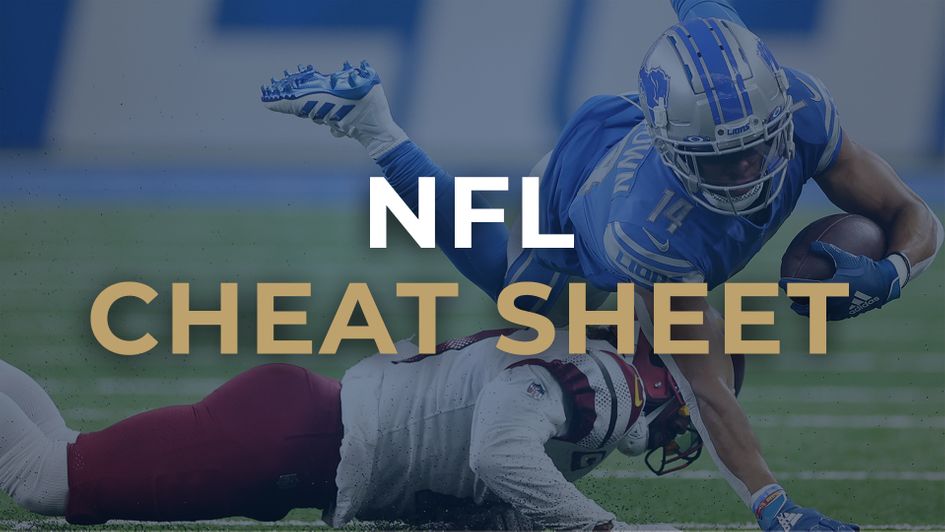 Matt Temple-Marsh’s Cheat Sheet is back, with more insight and data on who you should be backing in Week 3.

All hail the sun god.

He’s seen 12 targets per game this season – a 33% target share from Goff and has three scores on the year – all from within the red zone.

The trust is clearly there between the wide receiver and quarterback.

This game has the highest implied points total of any game in the NFL this week – and the Lions offence has been electric, scoring just one point less than Buffalo on the year.

At the time of writing the line for St. Brown’s receptions isn’t out – but I’d throw in over 7.5 receptions too – he’s a target monster.

Expect a huge game in a high-scoring affair.

This Philadelphia defence is legit.

Fresh from a three-pick performance against the Vikings, the Eagles’ new cornerback tandem of Darius Slay & James Bradberry is arguably the best in league. So far, this season Slay has allowed a 25.2 passer rating when QBs throw his way, whilst Bradberry has allowed just a 7.0 passer rating.

The QB already has three picks on the year, and I worry for him in this game. The Commanders have let Wentz “cook” – as he’s thrown the ball 40+ times already in both games, a feat he managed just twice all of last year with the Colts.

This will result in some splash plays, but also some horror interceptions – which we’ve seen already.

Throw in the narrative of Wentz being a former Eagle, before the injury and Nick Foles saga – resulting him the Eagles drafting his successor, Jalen Hurts.

Expect the Eagles’ defence to feast.

Even with that fourth quarter meltdown last week, I still love the Ravens defence.

They’ve got three picks on the year and arguably the best secondary in the league. And this week they face the Patriots – who have scored just 24 points all year, quarterbacked by a shaky Mac Jones.

In his last seven games the second-year quarterback has thrown nine interceptions, including two in two games this season.

Their offence has been a mess, led Matt Patricia, as they’ve tried to adopt a brand-new scheme – which unsurprisingly hasn’t worked well.

I’m predicting the Ravens will bounce back, with a big performance from their defence.

Rookie receivers are on the up & up – and Burks is already getting a lot of looks.

Through two games this season he’s seen 11 targets, resulting in seven receptions and 102 yards. His target share in week one was just 16%, but in week two he saw 29% of Tannehill’s throws.

This upwards trajectory of target share bodes well, especially when he’s already cleared his receiving yardage total twice – and will look to haul in over four receptions once more.

In terms of competition in the WR room there’s Robert Woods coming off a torn ACL and fellow rookie Kyle Phillips. Burks has 30 more yards than his closest teammate, and the most targets on the team.

The Raiders have conceded 53 points through their first two games – the 8th most in the league, and this is two 0-2 teams facing off.

I can see a flurry of points, with Burks heavily involved in moving the chains for the Titans.