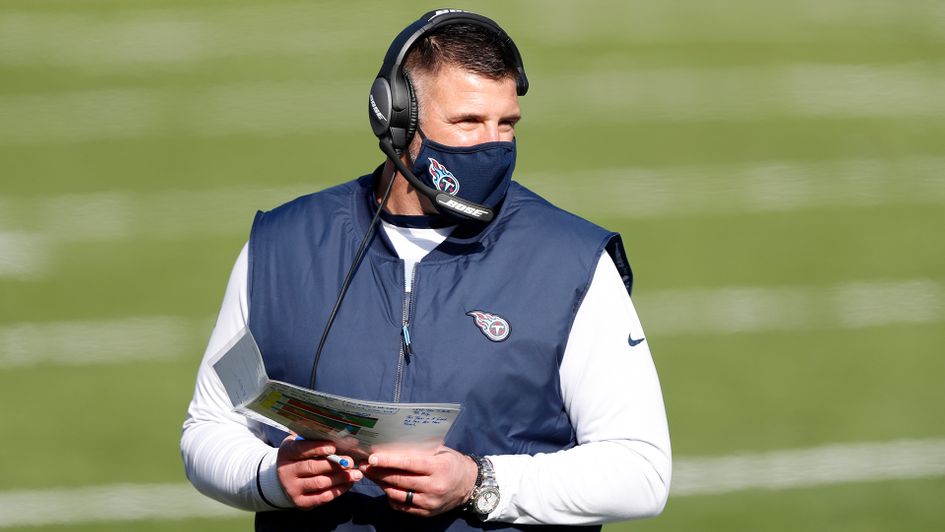 The AFC South should provide an intriguing race in 2022 with plenty of questions surrounding the two major contenders.

2021 was a season of very differing fortunes for the Tennessee Titans and the Indianapolis Colts, but both have been making major moves as they get ready for 2022.

It’s a different story in Jacksonville and Houston, who are coming off frustrating seasons for very different reasons in 2021. More on that to come.

OddsCritic is here to provide the deep dive to assess the past, present and future for the AFC South landscape as the countdown to the 2022 regular season hots up.

Coaching is underrated in most sports, and the AFC South provided the perfect example in 2021.

Somehow the Tennessee Titans won the division and posted the best record in the AFC despite a horrible string of injuries to key players. No wonder Mike Vrabel netted Coach Of The Year honours for a terrific job.

The loss of RB and perennial MVP contender Derrick Henry for a long period could have been enough alone to ruin the season, but throw in the health problems for WRs Julio Jones and A.J. Brown too and what the Titans were able to achieve was nothing short of miraculous.

Indianapolis meanwhile flattered to deceive, such an excellent team in many areas but failing badly when it mattered in one. The trade for QB Carson Wentz did not work out as the former Philly standout imploded badly in that crucial season finale loss to Jacksonville.

All the Colts needed to do to make the post-season was win one of their last two games - they went 0-2 with the loss to the Jags a horribly sour note on which to bow out.

Houston if anything overachieved in 2021 - 4 wins was probably more than most expected with the team stuck frustratingly in neutral due to the ongoing Deshaun Watson situation. Now though Watson has been traded to Cleveland and the Texans can start building again.

The biggest soap opera of the 2021 season came in Jacksonville, where the Urban Meyer experiment ended very very badly. He was fired before the season ended as the locker room and the record went up in flames. It could not have been worse for the Jags.

When Tennessee exited the playoffs at the first hurdle the issue was there for all to see - the lack of offensive productivity was a killer.

The Titans managed to get to Joe Burrow all day in that loss to Cincinnati in January, but it could not score the points needed to progress to the AFC Championship game.

The response from the Titans in the offseason was significant - a number of major moves in a bid to take the next step en route to Super Bowl contention.

The Julio Jones experiment failed badly as the future Hall of Famer was beset by injuries, while fellow superstar WR A.J. Brown appeared ready to get a massive new contract from the Titans. Not so fast.

While Julio will be in Tennessee no longer, neither will Brown after the Titans traded him on Draft day to Philadelphia for a first-round pick. They used that pick to get younger and crucially much cheaper by drafting Arkansas WR Treylon Burks. It’s a gamble - Burks is very raw and may take time to develop - but the Titans are betting on him doing so swiftly.

Across from Burks in 2022 will be Robert Woods - acquired very cheaply in a trade with the Los Angeles Rams. The question mark about Woods is the ACL injury which ended his 2021 season prematurely. Will he be at 100 percent for opening day?

On the plus side meanwhile the Titans should have Henry back at full health following the foot injury which stopped a dominant season in its tracks.

The biggest question mark of all for the Titans comes at QB, and proof of that came when the team drafted Liberty standout Malik Willis in Round 3 of the 2022 Draft. There is no more certain sign that Tennessee is not totally bought in on current starter Ryan Tannehill.

The Titans also made some other key moves in the Draft, filling an area of need with the second-round selection of Auburn CB Roger McCreary. Meanwhile OT Nicholas Petit-Frere - taken out of Ohio State in Round 3 - will provide much-needed competition up front.

Tennessee created a huge splash in free agency to keep one of its own prized assets in DE Harold Landry - we didn’t like the $87.5million over five years it handed him though. Look deeper into the production so far and you’ll see it might not be worth all that.

Other key pieces who will remain Titans in 2022 are C Ben Jones and LB Zach Cunningham.

Summary: Tennessee is well placed to make another run at the AFC South title, and having Vrabel at the wheel is worth at least a couple of wins. He is one terrific head coach.

The speed at which the team can develop Burks, and the performance of Tannehill, will likely determine just how far the Titans go in 2022.

Defensively good, with the ability to control the game on the ground via the bulldozing Henry, many of the pieces are in place.

But at some stage they’ll need to put up more points to beat really good teams in the post-season. Ryan, it’s over to you…

Summary: Colts GM Chris Ballard said earlier this year that Indianapolis would continue to “swing for the fences” in a bid to find the right answer at the QB position.

Ballard’s quote came on the back of the failed Carson Wentz experiment, which saw the QB eventually implode as the Colts somehow missed out on a playoff berth in January.

The Colts did the smart thing in cutting ties with Wentz, and got quite frankly a ridiculously good return for a man who is universally now seen as damaged goods. Not only did Washington send over draft picks, they also agreed to take on his entire 2022 salary.

Ballard, not phased by the Wentz failure, was ready to swing again, and fast. The deal to acquire Matt Ryan from the Falcons provides an instant upgrade and a third-round pick is a small price to pay. This is a roster already built to win in so many areas.

The big question mark for Indy might be who on earth is Ryan going to throw to in 2022? This is hardly an inspiring group of pass catchers.

Indy did use its first pick in the 2022 Draft to bolster the WR room by bringing in Alec Pierce from Cincinnati, but it’s a group which still seems very very weak to us. Good job the Colts have RB Jonathan Taylor to lead a powerful ground game behind a fine offensive line.

The Colts made their two biggest offseason splashes outside of Ryan on defense. The team traded for Raiders pass rusher Yannick Ngakoue and signed CB Stephon Gilmore in free agency. Both are getting decent dollars to upgrade really key positions. 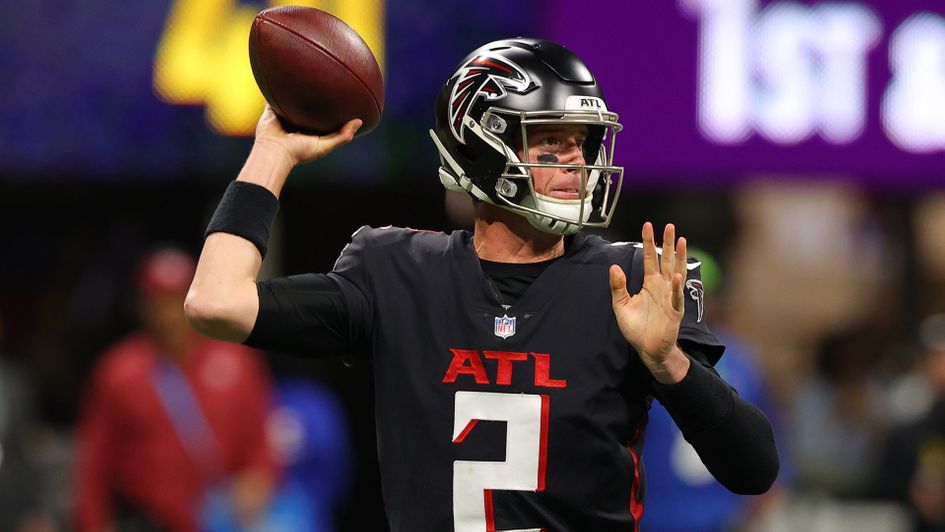 Summary: Just as it was in 2021, it’s all about the QB for Indianapolis heading towards the new season. On the face of it Ryan provides an instant upgrade, and if he can get the best out of a pretty average receiving corps the Colts will be in position to at least challenge the Titans this time around. Taylor running behind a stellar offensive line should mean ‘Matty Ice’ doesn’t have to win every game just with his arm.

The Texans were stuck firmly in neutral in 2021 with lame duck head coach David Culley having possibly the NFL’s most thankless task.

Houston had gone into the year with a bunch of low-cost retreads filling out the roster, and expectations were ridiculously low. Franchise QB Deshaun Watson spent the season on the sidelines as he and the Texans waited for the inevitable trade.

When it became clear Watson would not face criminal charges for multiple allegations of sexual misconduct, the way was open for Houston to finally move him on - and Cleveland gave up three first-round picks and more to acquire him.

Now the Texans could finally start to mould a new team with Lovie Smith coming in as HC and a ton of draft capital to spend.

Houston made a good start by picking the Draft’s most talented CB in LSU stud Derek Stingley Jr, and then used its second first-rounder on Texas A&M guard Kenyon Green.

Which way Houston goes at QB will likely be determined by the performance of Davis Mills in 2022. He showed enough flashes in 2021 to deserve a shot at being the long-term starter. If he doesn’t pan out, the Texans have the draft picks to get a young stud in the 2023 Draft.

Once again the moves Houston made in free agency (before the Watson trade went down) were relatively underwhelming, though the team did grab a couple of edge rushers from Buffalo in the shape of Jerry Hughes and Mario Addison.

Summary: In reality this team is some way from being able to challenge anybody for anything, but it showed real spirit in not quitting at any stage in 2021. The road back to relevance is only just under way, but it might be shorter than some expect.

How the team spends all of those picks acquired in the Watson trade will determine just how soon the roster is back to an acceptable level.

The Jaguars were in position to move fast once the 2021 season ended, having called time on the disastrous short tenure of HC Urban Meyer well in advance.

Not only did Meyer and his staff reside over a dysfunctional locker room which produced a bad team, it also severely stunted the development of #1 overall draft pick Trevor Lawrence.

Lawrence looked nothing like the generational QB talent which NFL scouts saw coming out of Clemson, so hiring Doug Pederson to replace Meyer is surely as much about fixing Trevor as anything else.

The Jags were extremely active in free agency, dishing out some eye-popping contracts. None more astonishing than the $72million it gave to former Arizona WR Christian Kirk over four years. Nice supplementary piece but in no way (yet) close to being a WR1.

Former Washington guard Brandon Scherff got a massive deal to leave the Commanders and head for Florida, but at least he’s a blue-chip player at his position.

If the cost of bringing Kirk in at WR was a shocker, then the deal for former Raider Zay Jones also appears to be pretty rich ($8million APY).

The spending spree in Jacksonville continued with $10million a year for Rams CB Darious Williams and $9million for former Giants TE Evan Engram.

One deal where the Jags potentially got terrific value was in picking up former 49ers DE Arden Key for $4million APY - he was impressive down the stretch for San Francisco.

The only upside of a horrific year under Meyer was that Jacksonville again picked first in the 2022 Draft, and it took something of a gamble by grabbing Georgia DE Travon Walker. He is freakishly talented athletically, but has yet to produce like it on a football field.

One other point worth noting is that Jacksonville gets effectively another first-round pick to go to war with in 2022 thanks to the return of RB Travis Etienne. The Jags took him at #25 overall in 2021, but he missed the entire year with a foot injury.

Summary: The Jags will again be one of the most fascinating teams to watch in 2022. Their huge spending spree in free agency and the gamble on Travon alone are enough to make popcorn obligatory.

Throw in whether Pederson is able to get the expected development out of Lawrence, and you have a ton of interesting storylines to keep tabs on.

We expect the Jags to be better in 2022 - anything else would be a disaster - but they are not close to challenging for a division title yet. Pushing towards .500 would be a major step in the right direction, and if that is achieved a run at the South in 2023 will be on the cards.