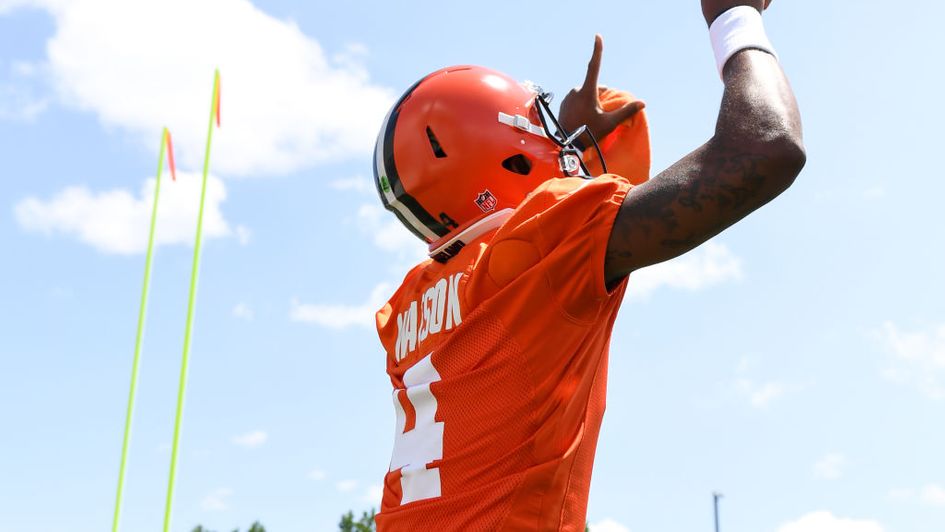 Per Ian Rapoport of NFL Network, parties involved have been told of the ruling by the judge in charge of the disciplinary hearing for the 26-year-old superstar. Both Watson’s camp and the NFL now have three days to appeal.

The suspension comes on the back of a slew of allegations of sexual misconduct against Watson, arising from massage therapy sessions. In June he reached settlements with 20 of the 24 women to file lawsuits, and fresh reports suggest he is now settling three of the remaining four.

Despite the allegations swirling around Watson, once it was clear he would not face criminal charges there was a race to acquire him in a blockbusting trade from the Houston Texans.

Browns spent big to get Deshaun

Cleveland won the race, sending three first-round draft picks to the Texans and handing Watson a five-year contract worth a fully guaranteed $230million.

Doubts about Watson’s availability for the 2022 NFL season have been causing carnage in the ante-post betting markets, and on Monday afternoon Sky Bet was quoting the Browns as 5/2 third favourites to win the AFC North title in 2022.

The Baltimore Ravens remain favourites at 7/4 to win what is now one of pro football’s hottest divisions, with last year’s beaten Super Bowl team the Cincinnati Bengals next best at 15/8.

Cleveland has had significant change in the offseason at QB, trading former starter Baker Mayfield to the Carolina Panthers and picking up Jacoby Brissett to back up Watson. He is likely to be the starter during Watson’s suspension.