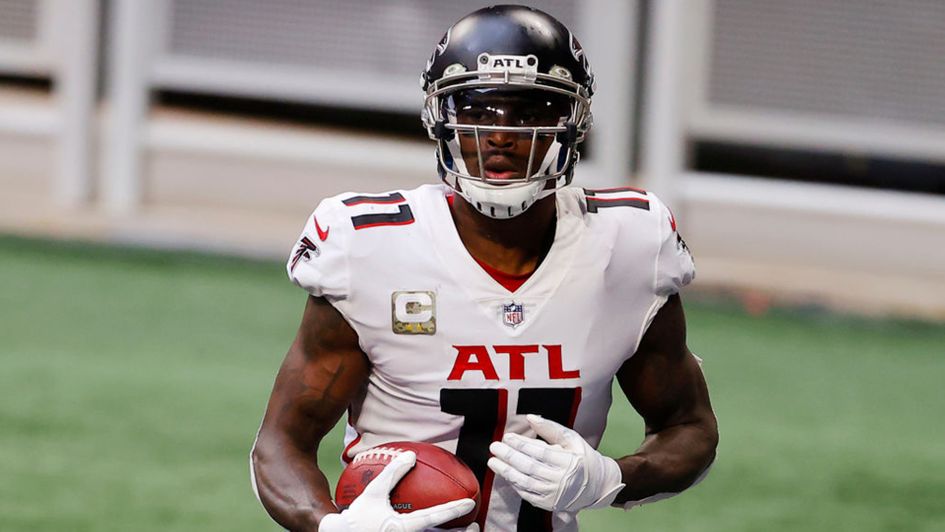 Bucs give Tom Brady another weapon by signing Julio Jones

Tom Brady, the man who so famously denied Julio Jones a Super Bowl ring, will now try to help him win one in 2022.

Future Hall of Fame WR Jones is signing a one-year deal to join the Tampa Bay Buccaneers in their bid for a second Super Bowl title in three years.

Five years ago in early 2017, Jones was an Atlanta Falcon when his team led Brady’s New England Patriots 28-3 in Super Bowl LI. The game, it appeared, was over.

Back came the game’s greatest ever player though, leading the Pats to an improbable 34-28 overtime victory and yet another ring.

Now though Brady and Jones will be team-mates as they set out in quest of a Lombardi trophy in 2022. For Jones, there is much to prove after an injury-riddled one-season stay in Tennessee.

Julio, a seven-time Pro Bowler, caught just 31 passes for 434 yards after being traded to the Titans by Atlanta. The question is now, how much does he have left?

On a positive note, Jones will come into a Tampa Bay offense which has a ton of weapons, he is not expected to be the number one threat to opposing defenses.

Chris Godwin, Mike Evans and the newly-acquired Russell Gage mean the WR room is already well stocked (even if Godwin is coming off an ACL tear). There will be no Rob Gronkowski in 2022 though after the TE and Brady’s BFF retired.

The Bucs are a hot favourite to win the NFC South title again, and are currently trading as the 10/3 market leader with Sky Bet to represent the NFC in Super Bowl LVII.

Tampa opens its season with an eagerly-awaited showdown vs the Dallas Cowboys in Texas on Sunday Night Football on September 11.