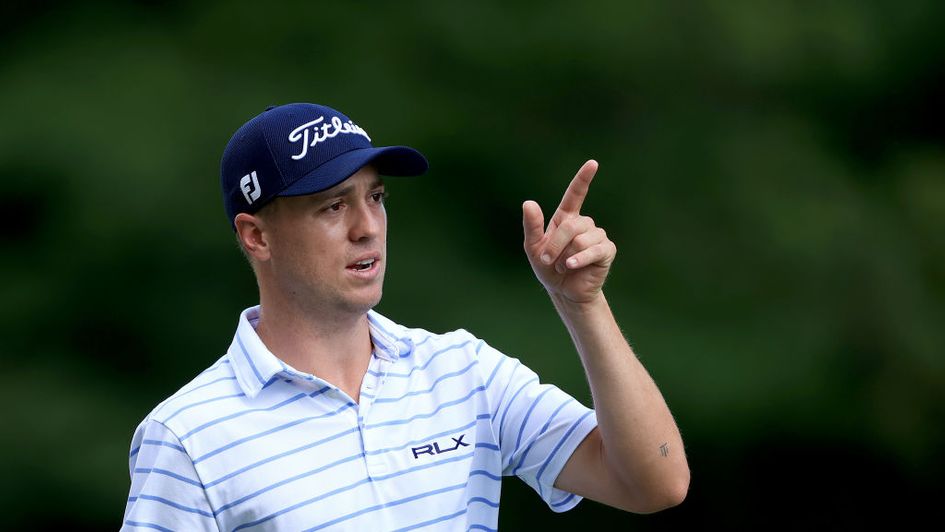 Martin Mathews previews the final round of the WGC-FedEx St Jude Invitational, where Justin Thomas is ideally placed to produce a Sunday charge.

We’ve reached the 54-hole stage of the WGC-Fedex St Jude and there’s a familiar and yet unfamiliar name back at the top of the leaderboard in the shape of Brendon Todd, who heads things up by a single shot going into Sunday.

Todd is a two-time winner on tour already this season in Bermuda and Mexico, and found himself in this position as recently as the end of June, when he held a two-shot lead over Dustin Johnson going in to Sunday at the Travelers Championship.

On that occasion, and with a certain feeling of déjà vu in my head, yours truly also had the honour of previewing Sunday’s action and having made my case for Todd to hold his nerve and seal his third win of the season on the back of a flawless 61 on Saturday, I had the pleasure of watching him capitulate to a closing 75 on Sunday and slip back to 11th place.

So here we are again and the obvious starting question is how much will that day four effort at TPC River Highlands be playing on his mind?

Having closed out his two wins last November from holding either the outright 54-hole lead or a share of it you would like to think that he could put his effort at the Travelers down to a bad day at the office, safe in the knowledge that he knows how to win from the front.

The main concern last time round however was that the company he was keeping that day, in the form of Dustin Johnson, was way more intimidating than the competition he had faced in November, and that brings us back to the strange dichotomy here: the leader is looking for his third win this season, and yet few expected him to be where he is, and many will be inclined to take him on today.

On the basis that his form is at a lower level, that effort in Connecticut, and the fact that he has relied heavily on his putter so far, it is hard to fancy him with any confidence to land his first WGC with a host of big names queuing up behind. If he can keep the hot putter going - he currently ranks second for the week with the flat stick – it may transpire to be his tournament to lose, but I am in no rush to back him at a general 9/4.

Though there are big names lurking, the man closest to Todd is Byeong Hun An, who arrived seemingly out of form and hasn't yet won on the PGA Tour despite his obvious class.

When An strolled to a six-shot victory in 2015 at the BMW Championship at Wentworth it looked like the then 23-year-old had the golfing world at his feet, however while he has become a solid performer on the PGA Tour and currently sits 36th in this season's Fedex Cup standings, the Korean has had to settle for a couple of play-off losses.

The owner of a majestic long game, An’s lack of wins can be put firmly down to continuing putting woes, which have seen him rank no better than 165th on tour in this department over the past three seasons. At 203rd currently, things have been as bad as ever and two missed cuts at his beloved Muirfield Village made him hard to fancy for this.

This week though the it has been revealed that he's been working with legendary putting guru Brad Faxon, who has been responsible for turning around so many players' fortunes on the greens, and the results have been immediate as he ranks 14th for the week through three rounds. Any time An produces a positive putting number, he's entitled to be thereabouts.

My concern for today though is that with this being his first time ‘under the gun’ since he started working with Faxon, when the pressure really hits down the stretch he may revert to his old habits. He was so impressive once taking the lead at Wentworth as a fearless rookie; five years of problems on the greens may have taken that edge off and, like Todd, he looks vulnerable.

Like many I suspect, I'm keen to take on the first two in the market and it's JUSTIN THOMAS who earns the vote at 9/1, with three places on offer each-way.

Four shots off the pace and playing in the third last group alongside Phil Mickelson, a pairing he should relish, Thomas seems in the perfect position to pounce. Mickelson's long-time caddy Jim 'Bones' Mackay is filling in for JT and of all the groups heading out this evening, this is the one which looks most likely to produce fireworks.

Second for the week behind Brooks Koepka in approach play, Thomas is finding more than his share of fairways, ranking eighth for the week currently in driving accuracy - unlike Koepka, who ranks 59th.

It is the putter that has hurt Thomas slightly this week, as well as adjusting no doubt to being without Jimmy Johnson on the bag, however Saturday saw his best day on the greens so far and he's taken to built on that having made birdies at the 15th, 16th and 17th holes before another decent look missed low at the last.

Still smarting no doubt from making a mess of things when holding the lead going in to Sunday at the Workday recently, Thomas may well on this occasion be more comfortable from coming from off the pace and at 9/1, nearly twice the odds in places as Koepka, he looks the value to me.

Koepka tees off alongside Rickie Fowler in the penultimate group and their fortunes were contrasting over the final nine holes of round three, the former charging back into contention just as Fowler began to stall.

Fowler has been going through swing changes this year under the tutelage of new coach John Tillery and it would seem that the hard work is starting to pay off, particularly in the long game, which has been strong this week. My worry for his backers though, alongside his paucity of wins over the years, is the way he stalled over that closing stretch. It was especially disconcerting to see the putter go cold before an awful approach to the last, and he'll need to be at his best to win his first WGC.

Koepka in all honesty could do anything. Those who took Ben Coley’s pre-tournament advice and jumped on board will be hoping that the Koepka who shot 62 on Thursday, or indeed who posted six birdies in eight holes from the ninth on Saturday, shows up and if he does he will quite possibly stroll to a successful title defence. If however the Koepka who lost over four strokes to the field in putting on Friday turns up, or the one who was all at sea early in the round on Saturday, then it wont be his week.

Ranked first for the week in approach play the four-time major champion is no doubt trending in the right direction however it still slightly seems like work in progress to me, hence the up and down nature of the week and my willingness to oppose him here.

There are others on seven- and even six-under who could still have a say here, especially if the leading duo do stall on what should be a calm day in Memphis. But I suspect none will head to the first tee as confident as Thomas, who has won this tournament before and has clearly taken well to Southwind on just his second start here. He gets the vote ahead of a fascinating finish.