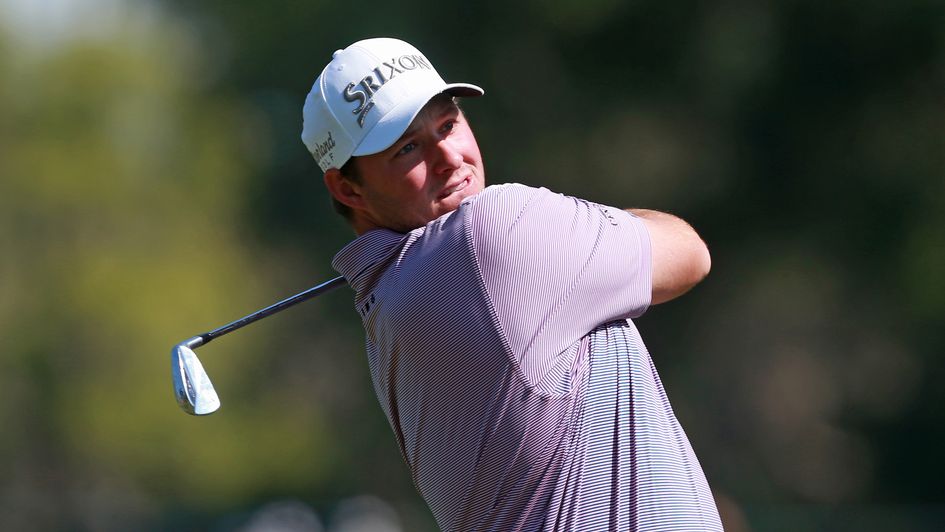 Sepp Straka in action in Florida

Ian Richard reckons James Hahn can emerge on top in the Safeway Open but his banker bet is a two-ball wager on Sepp Straka.

It was only seven days ago that we witnessed Dustin Johnson wheeling away a trolley full of cash in what was basically the Fortnum and Mason edition of Supermarket Sweep.

Tonight we see a very different Safeway edition although the winner will still have plenty to cheer about as, besides the purse and invitations, they effectively get a three-year exemption on the PGA tour.

The event was a fairly wide-open betting affair before the start and the fact the bookmakers still offer four places for each-way bets (a rarity on a Sunday) is testament to the idea that it is still there for the taking.

This will be the seventh event held here at Silverado, Sang Moon Bae won from two in front and Cameron Champ last year from three ahead, with the other four victors closing from between two and four strokes.

In theory, that brings the top 28 players into play but it is never as simple as that as nobody has won from being in a position lower than tied-sixth.

Despite there being two third-round leaders winning they hardly excelled on the final day, shooting rounds of 73 and 69 while the other four third-round leaders produced 70, 74, 75 and 76. The problem for players three or four strokes back will be the amount of traffic they have to negotiate even if they shoot a low Sunday score.

Co-leader of three Brian Stuard is the marginal favourite, although it is relatively speaking a rare place for him to be. He did win his only PGA tour title in 2016 in New Orleans from being one ahead in a three-round event, the only other time he sat in this position was in 2009 in California on the Korn Ferry Tour, he shot a 74. With just that one win in 350 pro tour starts, he really isn’t a betting proposition for me.

I put up James Hahn at 200/1 on my Twitter feed after round one as this California resident often plays well after a break and has tasted victory in his adopted home State before.

That 2015 Northern Trust win was followed by a victory the next year in the equally competitive Wells Fargo event. He is definitely a player who can take his chances when given a sniff and is presumably only behind Stuard in the betting due to pre-tournament prices.

Safeway Open James Hahn 200/1 e/w bit @ 240 win only
Always worth keeping an eye on in his native California, was + 2 thru 3 yesterday but finished -4 - was bound to be a bit rusty after a long break, out early today

The trio of players at the top is completed by 46-year-old veteran Australian Cameron Percy, who in any normal year would have probably found himself playing on the Korn Ferry Tour this week.

He can certainly draw on the fact he had his best finish of last season here when seventh but I wouldn’t want to be taking the chance he will finally have a breakthrough win.

Sat in behind these three we have a mix of wily campaigners and what seems to be an endless list of young players hitting the headlines.

Sam Burns is most definitely a winner in waiting but it seems to me most of his best finishes so far appear to be from well off the pace rather than being right there in contention.

Young Norwegian Kristoffer Ventura is certainly worth following in the coming years, to win twice on the Korn Ferry Tour in a rookie season as he did last year is mightily impressive, but he has just struggled a little bit on his step up to the big stage.

The affable Harry Higgs will certainly have his followers as he breaks the mould of the young, ultra-fit, serious youngsters of the modern game. He is up there largely due to an albatross on his final hole on Friday and struggled a bit yesterday; it could be the same story today as he seeks his first PGA win.

I really could go on and on listing each player who may stand a chance and writing a few sentences about them but my pocket already says James Hahn and my head still agrees with it by thinking he’s the one to beat, so a small win-only bet at 13/2 (Sky Bet) is my recommendation at this point.

Looking at the final round two-balls, to my mind it could be easier to find a few bets than solving the conundrum of the outright market.

My starting point is always Tour Tips and their rolling 12-month, final-round scoring average. This stat includes any player who has played in at least eight rounds and quotes 153 players, the two I want to oppose are Chez Reavie (145th) and Jason Dufner (153rd). It doesn’t take a lot of explaining when those two sit right at the bottom of the rankings.

Reavie is up against relatively unknown Argentinian Nelson Ledesma, but I don’t think anyone should be 2/1 against a player ranked so low in final-round scoring. Reavie also has a history of poor final rounds here at Silverado - in six attempts he has only broken 70 once and last year fired a 75 to drop from 5th to 33rd. Ledesma doesn’t make many weekends, but when he does his Sunday scoring usually holds up.

Dufner is paired with young Austrian Sepp Straka, who has a great final-round scoring average of 68.4 – that is a massive four and a half strokes lower than Dufner.

In fact he ranks fifth in this category – the chasm is vast in what they normally achieve scoring-wise on a Sunday. Dufner has no form around here too with two missed cuts from two, while Straka actually led here on his debut two years ago after firing an opening 63.

Anything at evens or bigger is well worth a bet.