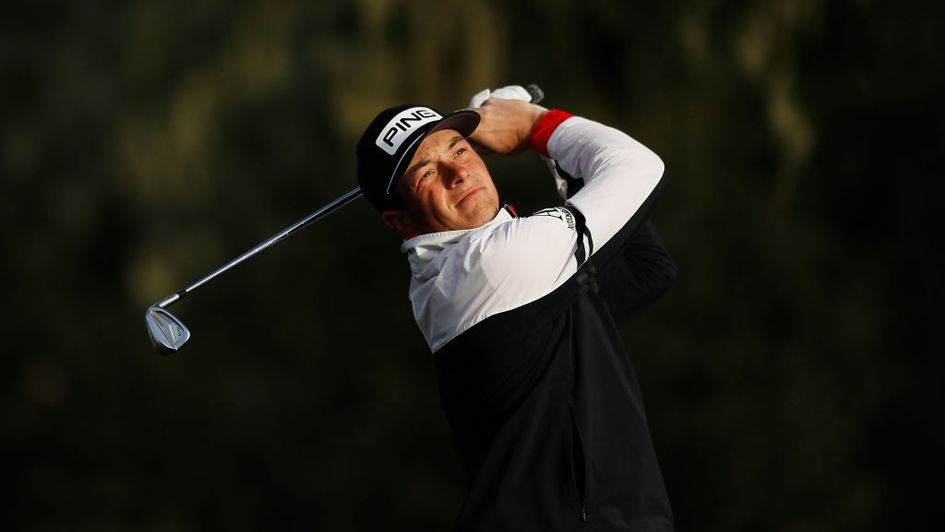 Ian Richards has Phil Mickelson on-side ahead of the final round at Pebble Beach, where a young European can also make a forward move.

All golfers have now played the full rotation with the cut falling at minus three, and we now have an 18-hole showdown at host course Pebble Beach.

There really didn’t seem to be much of a breeze on Saturday, although they have forecast there will be more today. My idea of following those who played Spyglass backfired a bit as it still played the hardest of the courses with an average of two-over par, so Chez Reavie went backwards although Charl Schwartzel is still in the hunt for a top five-finish.

As for the title though, that seems to have come down to a three-horse race between Phil Mickelson, Nick Taylor, and Jason Day.

Day managed to get round Spyglass in two-under and has probably banked his place for a fourth top-five finish in a row in the event, but he will need to go low to pass the two in front of him and win the event for the first time.

I must admit Taylor surprised me a bit with his three-under at Spyglass, especially the way he got back on track after a predictably bad start, and he now gets a chance to secure his second PGA tour win.

This former world number one amateur has never really kicked on since that 2014 victory in the Sanderson Farms, one of the weakest tournaments on the schedule. In fact, in 125 PGA Tour starts since he has only one top five-finish to his name and that came in the low-grade Puerto Rico Open nearly four years ago.

I am sure he will feel the pressure today although sometimes the 'nothing to lose' mindset can pay dividends, something we've seen in this unique event previously.

Mickelson was just his usual self in round three – the bunker shot on seven was just incredible and he followed it up with another one on eight, before holing out for birdie twice in succession on the back nine. As far as displays of short-game skill go, you will be waiting a long time to see a better one.

🏌️‍♂️ Even by Phil Mickelson's standards, this bunker shot is obscene

The defending champion just seems to like making things difficult for himself and he thrives on it. He has already won the title five times and I am sure he will be further inspired to overtake Mark O’Meara, who has the same number of wins, and become the most successful player in the history of the event.

Mickelson is now the very worthy favourite but needs no further investment from us having got on yesterday at 11/2.

Each-way betting has more or less been killed off because of the shape of the leaderboard and most bookmakers are only offering two spots, so we have to look at other markets for any final-round bets.

The one player that catches my eye is talented young professional Viktor Hovland. The Norwegian has quite an affinity with Pebble Beach having won the US Amateur here in 2018, and in the US Open last year he shot a fine 67 to climb from 27th to 12th in round four while still an amateur.

He currently lies in a tie for 15th, just two shots out of a top-10 berth, and a similar round to that which he produced last summer would probably do the job. At 100/30, he looks good value to kickstart his Ryder Cup bid with a first top-10 finish of 2020.