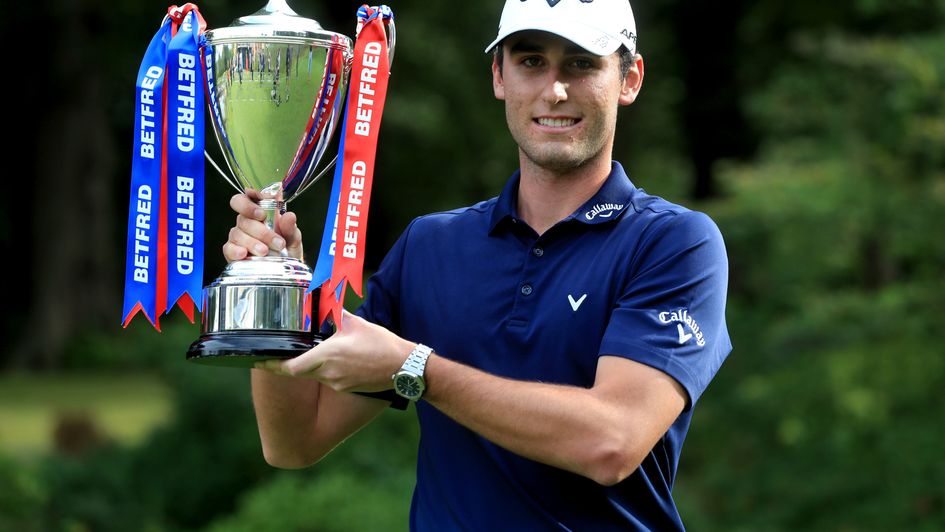 After a profitable Members Extra last week courtesy of a 2/1 three-ball winner, Ben Coley is content to keep his powder dry.

Now, he'll be scouring tournaments beyond the DP World Tour and PGA Tour, as well as looking for first-round leader selections. Recent 75/1 pick Joost Luiten came up agonisingly short in second having traded at odds-on.

Youngsters to watch in Australia

Ireland's CONOR PURCELL looks to be progressing nicely in these early stages of his professional career, and a return to Australia could see him go well this week.

Purcell won the Australian Amateur in 2019, joining the likes of Cameron Smith and Cam Davis on the roll-of-honour, and that victory over Nathan Barbieri came just a five-minute drive from this week's host course, Victoria.

He shot an excellent 69 at Royal Melbourne on Monday to qualify for this, having seemingly taken a chance based on the fact he was at a wedding in the area anyway, and after a good Challenge Tour campaign he ought to have his sights set on a big week back close to the scene of his finest hour so far.

When Conor Purcell was 13 his dad Joey,then Portmarnock Pro, took him out behind the shop with a bag of balls & asked wee Conor to show me his swing & he duly whacked a succession of sweet soft draws out into the estuary.Such a proud dad then-even prouder today.#AustralianAmChamp

Purcell finished 63rd on the Road to Mallorca despite missing the first few events in South Africa, and as well as bagging three top-10 finishes he was right in the mix on a couple of other occasions. His final three starts show form figures of 34-9-35, all courtesy of strong Saturday moves, and you'd like to think he'll bang loudly on the door in 2023.

Here in Melbourne, I suspect he might play quite well and it's just a question of whether we can find a way to support him. Unfortunately having gone round the houses, the answer to that is no.

One option was the top European market and I'd certainly be happy to take on the Hojgaard twins and Adrian Meronk, but it's only BoyleSports who chance their arm at 50s and the generally available prices seem about right, which also applies to the top-20 finish betting where the Irish firm are a standout 9/1.

Those three young Euro stars also play Victoria in round one and Sky Bet make Purcell a 66/1 chance to lead on the host course, which does make some appeal given several low rounds lately, but BoyleSports don't have him listed and most firms don't even offer a market.

With Smith and Min Woo Lee drawn late there's definitely some interest in Purcell, Connor McKinney and Elvis Smylie, the latter a huge price at 125/1 with BoyleSports, but again there just aren't enough prices to go at.

The other player I want to mention is WENYI DING, the first from China to win the US Junior Amateur, which he did at Bandon Dunes in windy conditions earlier this year.

Wenyi demonstrated all the tools for an Australian Sandbelt test that week and looks a real prospect. As well as winning just about every Chinese amateur title, the 18-year-old boasts form figures of 2-4-1-5-3-5-2-3 back on his home circuit, although these are now dated results as he's been preparing to join Arizona State in 2023.

He's very much inexperienced and hasn't been missed in the betting, but these events always bring us new players to watch and Wenyi would be towards the top of the list. Hopefully he plays well enough to feature in the broadcast at some point.

Keep an eye on qualifiers

Over in the South African Open, bookmakers are still getting around to pricing up the 18 players who came through three qualifiers on Tuesday, the pick of them being RENATO PARATORE.

This two-time DP World Tour winner lost his card by a shot in Portugal, and then failed to get it back by a shot at Qualifying School, but his game has seldom been in better shape and he adds strength to the European challenge.

Renato Paratore had to go to Monday Qualifying for the SA Open because he took one shot too many in Portugal a few weeks ago and then one shot too many at Q School. No bother - shoots 9-under 63 to boss his qualifier by five shots. @acaseofthegolf1

He's long, too, and the wide fairways of Blair Atholl should accommodate those occasional big misses which for a while caused real problems. Nowadays though he is driving the ball well again and he has a short-game to die for, so we should expect to see him play well after 33rd place last week.

At huge odds, Brooklin Bailey is a talented, in-and-out sort who is finding his feet in South Africa, while Keagan Thomas was third at Blair Atholl last year. He's hard to recommend by another other measure but didn't play too badly in the Joburg Open and knows this course better.

And finally, pick of the two-balls in the Hero World Challenge would be TOMMY FLEETWOOD at odds-against to beat Matt Fitzpatrick, who would be entitled to take his eye off the ball at the end of a busy year and after the frustrations of Dubai a fortnight ago.

Fleetwood has been superb lately, his long-game right back on track, and boasts a clear advantage based on their respective course debuts albeit in different years. A double with Sungjae Im to beat Billy Horschel is a fair 3/1 chance worth considering as Im should take to the place on debut and outshine his playing partner.

Bookmark these links to ensure you never miss a Members Extra selection...