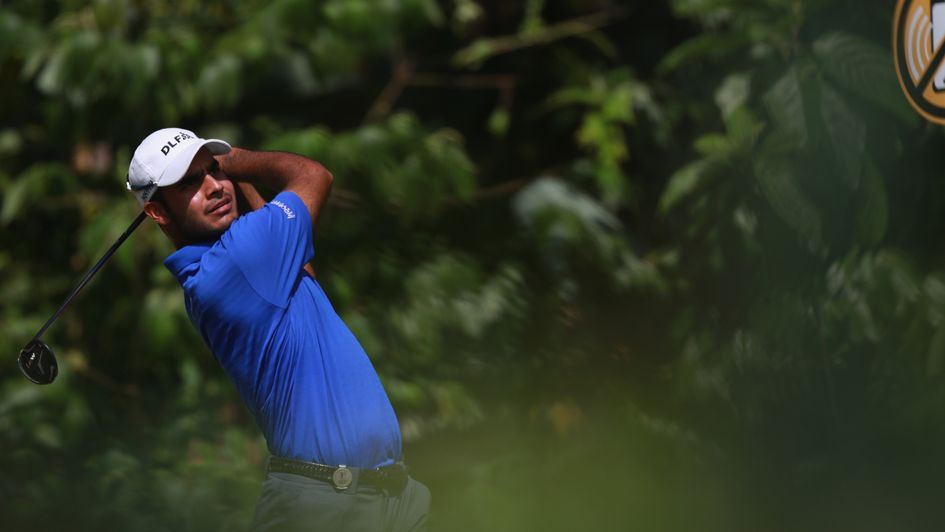 Ben Coley assesses the state of play after three rounds of the Hero Indian Open, where Shubhankar Sharma shares the lead.

Shubhankar Sharma is in position to maintain the fine run of home winners in the Hero Indian Open, where he's tied for the lead with Matt Wallace.

Sharma was all but done on Thursday afternoon as he placed his opening nine in five-over, but a sensational course record in round two saw him climb to second and a level-par 72 on Saturday means there is no longer anybody in front of him.

Under different circumstances, the best player in the field, playing not only on home soil but at a course where he spends a lot of time practicing, would look a very solid bet at 15/8 here. That's the same sort of price Eddie Pepperell was when he was tied for the lead in Qatar recently, but where the Englishman was looking for his first win at this level, Sharma is bidding for his third this season.

Last week's top-10 in the WGC-Mexico, where he led after each of the first three rounds, will have further boosted the confidence of this soaring 21-year-old and between finishing there and starting here, he has been awarded a place in the Masters. Sharma is 18 holes away from adding his national title to a growing list of impressive achievements. The Race To Dubai leader is in dreamland and could yet win this by a margin.

However, DLF G&CC is horribly difficult and often downright unfair, as Sharma was reminded when making his second double-bogey of the week at the 17th hole on Saturday, and the reasons to swerve this brilliant talent that existed last Monday remain. One bad swing and it could be curtains; five days after touching down from Mexico via New York, any fatigue - mental or physical - would make that eventuality all the more likely.

Time may well prove that we're talking about a genuine superstar who can overcome the sort of challenges which lie in wait here but there is a risk that Sharma hits a wall at some stage and that makes this tournament ripe for someone charging from off the pace, perhaps to steal the title.

Stephen Gallacher's Saturday 67 - one of just three sub-70 rounds - saw him climb from 25th to third and with three places to go at, the advice for those looking for a final-round interest has to be to speculate.

Matthias Schwab is just two back and tempting at 18/1. He was bogey-free in a Saturday 68 and, like Gallacher, has made fewer mistakes than most this week. Whether that will remain the case on Sunday is open to some doubt given that this is new territory for him, but the Austrian is going places fast and could be the type to take his very first opportunity to land a European Tour title, just as Sharma did late last year.

He's certainly preferred of the trio on five-under, completed by Andrew Johnston and Emiliano Grillo who are half the price despite disappointing third rounds. It'll be particularly hard for Grillo to bounce back from a 78 which was fully 10 shots worse than his Friday effort, with Johnston making slightly more appeal at around a point bigger. His attitude is a big positive and the Londoner has experience winning in a field like this under fiendishly tough conditions.

Aaron Rai isn't far behind Schwab in the list of promising European Tour rookies and his accurate game makes him a contender from four back, comments which also apply to Ricardo Gouveia. The Portuguese has been particularly effective on the front-nine this week - he's six-under, versus three-over on the back - and if that trend to continues, he could have a very real opportunity by the time he makes the turn. My advice to those looking for an interest - maniacs, in other words - is to split small stakes between those two and hope for a Sunday charge.

There are two more options to note before I conclude that I won't be having a bet on a tournament I've found difficult to get to grips with from the outset.

One is backing Jeunghung Wang for a top-10 finish at 10/1 with Paddy Power. The three-time European Tour winner is well-suited to this type of demanding test and has been playing nicely for some time now, particularly in the final round. From 26th place on the leaderboard, a sub-70 round would give him an excellent chance to land this bet and the price looks more than fair.

Finally and for those looking for something to get stuck into, Joost Luiten looks banker material to outscore Clement Sordet and Steven Brown. The recent Oman Open winner isn't quite out of this despite making an eight on Saturday, from which he responded with three birdies in succession, and is confidently expected to outscore two lesser players who are a shot behind him and will likely be further adrift by the conclusion.