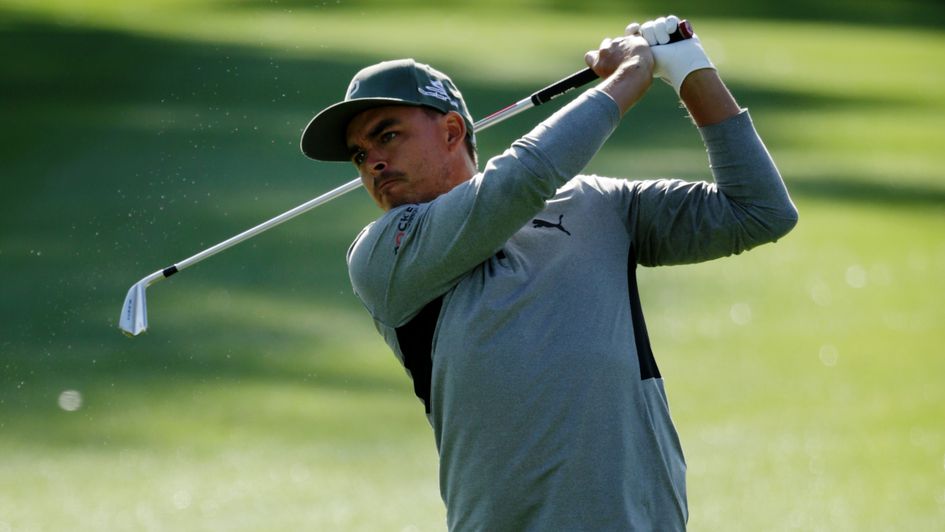 Rickie Fowler is backed to make a late bid

It's the fourth and final round of the Fortinet Championship and our in-play expert Martin Mathews has a couple of bets including a 100/1 shot.

After what barely seems time to catch our breath from Rory McIlroy bagging his third Fedex Cup title the new PGA Tour season is back under way with the curtain raising Fortinet Championship.

The event, which is played at the Silverado Resort in Napa, California, has not surprisingly become a breeding ground for success for players, with connections to the West Coast over recent years, however it is a man from Ohio, the unheralded Justin Lower who leads the way through 54 holes on 13-under.

Lower took the lead on day one with a 9-under 63 and since then he has hung tough, adding rounds of 71 and an impressive 69 in tricky firm, breezy conditions on Saturday.

The 33-year-old struggled as a whole on his first full season on the PGA Tour last year, however he found a bit of something towards the end of the campaign making five of his last six cuts. At the Wyndham Championship, though, Lower agonisingly three-putted the last to finish 127th on tour and seemingly lose his card only to then be given a reprieve after another wave of defections to LIV golf at the conclusion of the Fedex Cup season.

Playing this week then with the freedom of a man given a second chance Lower leads the field both from tee to green and around the greens. After a fine day on the greens on Thursday, though, he has struggled more with the flatstick as the week has progressed and the concern has to be with this being completely unchartered waters for him today when it comes down to the crunch he will most likely come up short, particularly as he has failed to convert previous opportunities on the Korn Ferry Tour.

If it's not to be Lower’s day then the two players who sit just behind him on 12-under MAX HOMA and Danny Willett are perfectly positioned to pounce and it's the defending champion Homa who I just can’t get away from.

Homa, who did this column a nice favour this time last year when landing the spoils, attended college just down the road from this weeks venue at Cal-Berkeley and when you add in his Riviera success, he has shown how comfortable he is in his home state.

With tee times brought forward due to expected rain and wind, Homa’s triumph at Avenel in the Wells Fargo early this summer showed us that he can handle these type of conditions, and while it hasn’t been all plain sailing for him since he hit the front on Friday, it was predominantly a balky putter which held him back on Saturday with his long game remaining solid.

Over recent years we have seen one back to back Champion here in Brendan Steele and Homa makes plenty of appeal to be another.

The mercurial Willett, another player who like Lower got redemption with his PGA Tour card courtesy of LIV defections, should of course not be written off.

Always most at home on a par-72 track, the Englishman knows how to win and to win big, however in contrast to Homa his score has been mainly built around a strong putting day on Friday and having found only four fairways on Saturday even at the shorter odds Homa is preferred.

At 11-under and starting two back we have another Cal-Berkely grad Byeong Hun An who has regained his card this season. An found only two fairways on Saturday and also came unstuck on the 16th with a double bogey seven and if you add this to his renowned putting woes when it matters he is not someone I am keen to trust at shortish odds on a Sunday.

Heading further down the leaderbaord in what is in all honesty a tough event to call, there are all kinds of possible contenders. On 10-under we have the rookie duo of Davis Thompson and Paul Haley II along with Adam Svensson and veteran Matt Kuchar.

While Thompson is undoubtedly the ‘real deal’ and could back up Saturday’s 65, he is very much a ‘rough diamond’ still who could throw in anything and of this quartet it is the consistent Kuchar who appeals more. In his long career, though, Kuch has never won in California on the PGA Tour and while there is a first time for everything it may well be a better chance comes his way at some of the other East Coast based fall events.

On 9-under we have the talented Sahith Theegala who could well make a run however a further shot back and at approximately four times the odds, in an event, which has seen plenty of come from behind wins over the years, for my second selection I will risk RICKIE FOWLER.

Much has been written this week of how Californian Fowler has started the new season with sweeping changes, including a new caddie on the bag and a return to Butch Harmon, and while of course it could be a false dawn there have been some immediate positive signs.

Starting today on 8-under and five back, Fowler will get to head out some 30 minutes plus before the final three-ball and as a player who is renowned for performing well in wet conditions he could just post a number.

With softer greens expected if you can keep the ball on the fairway today, something that the 33-year-old has done well so far this week, ranking 14th in accuracy, there could be an opportunity for some lower scores, while those who are more wayward will have to contend with wetter rough.

With a leader who could well struggle, three each-way places on offer and tempting three-figure odds, I’ll wrap things up with a bet on Fowler to start our season with a bang.