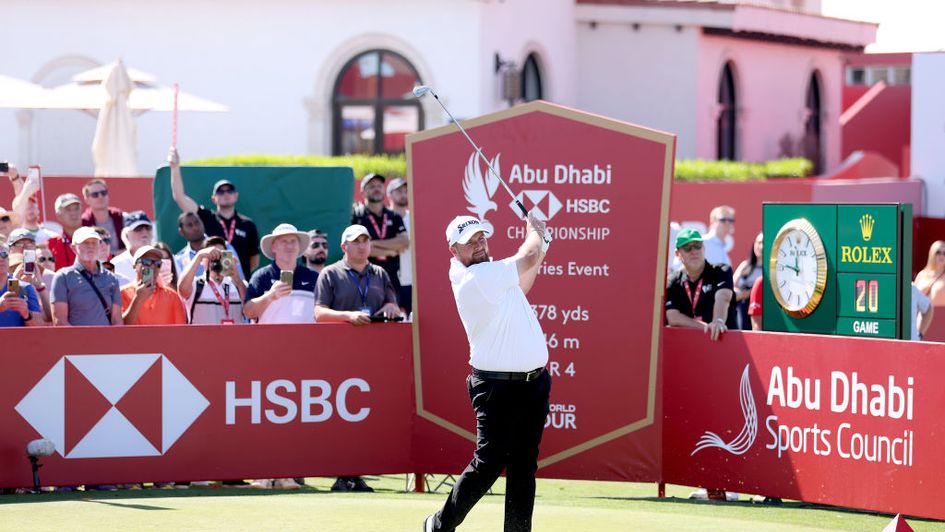 Shane Lowry is favourite with a round to play

Ben Coley has two of the top four in the betting for the Abu Dhabi HSBC Championship on-side already, but there are another 20 potential winners in a wide-open event.

The new DP World Tour season is set to begin with a bang in Abu Dhabi, where five shots separate the top 25 players and a number of Ryder Cup hopefuls are within touching distance of a statement win.

At the very top of the market, however, are two players for whom that's not a concern: Shane Lowry will be on Luke Donald's side providing he avoids injury, and Australia's Min Woo Lee is focused instead on continuing his ascent and completing an inevitable journey to the PGA Tour.

Francesco Molinari, who joined that pair by matching their closing birdies, must surely know that his prospects of featuring in Rome appeared slim at times in 2022, but would suddenly be exceptionally strong should he capture his first title in almost four years.

Arguably, that's a negative as regards the chances of the Italian, our 55/1 selection, with the two alongside him in that final group free from external pressure. Both have been in the mix more recently, too, and to be frank Lowry and Lee are not really players you want to have alongside your selection for the final round in this scenario.

That said, Molinari is a major champion and every time he's looked set to fall down the leaderboard so far at Yas Links, he's rallied. Having seen off Lowry last Sunday in their Hero Cup singles clash, hope rather than expectation is the call and the same goes for Victor Perez, just a shot behind and right in the reckoning.

It remains likely that either Lowry or Lee captures this valuable title, but neither is infallible. Lowry played very well on Saturday but the same was true last year, when he teed off as favourite with 18 holes to play and ruined his chance at the very first hole.

A highly decorated player who wins big when he wins, Lowry's record from the lead is mixed. Three from five is a good return, but his scores over rounds one to three during these tournaments range from 62 to 71; he's followed them up with scores of 72, 71, 72, 76 and 71, twice losing big leads and in general giving those in pursuit something to cling to.

He's not actually been in this position since the Open in 2019, where he extended a four-shot lead to six after a brave bogey save at the opening hole, and ultimately has never been prolific. I don't have him down as someone to run scared of in this scenario for all I'm a huge admirer and 3/1 looks short enough in the circumstances.

The explosive Lee would be marginally preferred for all that this is pretty new to him. He's won a Rolex Series title already, ended last year as one of the circuit's form players, and with a place inside the world's top 50 up for grabs looks the one to be on if you must have a bet at the front of the market.

That said, Lee unquestionably has a loose drive in him, something we've seen at the 18th hole already this week, and again this just looks too competitive to be backing a 4/1 chance who shares the lead with a pair of major champions.

I'm happy to take my chances with Molinari and Perez, the latter having driven the ball superbly and sure to have opportunities if that continues, but those seeking a bet would be advised to chance one of the chasing pack finding the kind of score that appears possible with a calm day in store.

Alex Noren has previous, his last three wins having come from a combined 20 strokes adrift (seven, seven and six), and the Swede has been outstanding from Friday onwards. At 28/1 he's somewhat interesting but better value surely lies with his compatriot Sebastian Soderberg, quoted at 20/1 despite being just one off the lead.

Soderberg can be hit and miss but he won the European Masters in a five-way play-off which featured Rory McIlroy, and looked like he'd win the British Masters after a sparkling final round only for Thorbjorn Olesen to pip him. He's hardy, his ball-striking improved on Saturday, and he might be worthy of more respect than he's currently being given.

As for the three-balls coupon, I can't see a bet. Robert MacIntyre has hit it as well as virtually anyone and it wouldn't be a surprise were the putts to finally drop, but Marcus Helligkilde is a dangerous opponent to be opposing and so is Scott Jamieson from this mid-pack position, so a shade of odds-against can be left alone.

I thought the best bet was Tyrrell Hatton, despite the fact he's 8/11, and that says it all. This is a cracking tournament which remains wide-open and will make for intriguing viewing, but it's a punting minefield which I'm happy to leave alone.