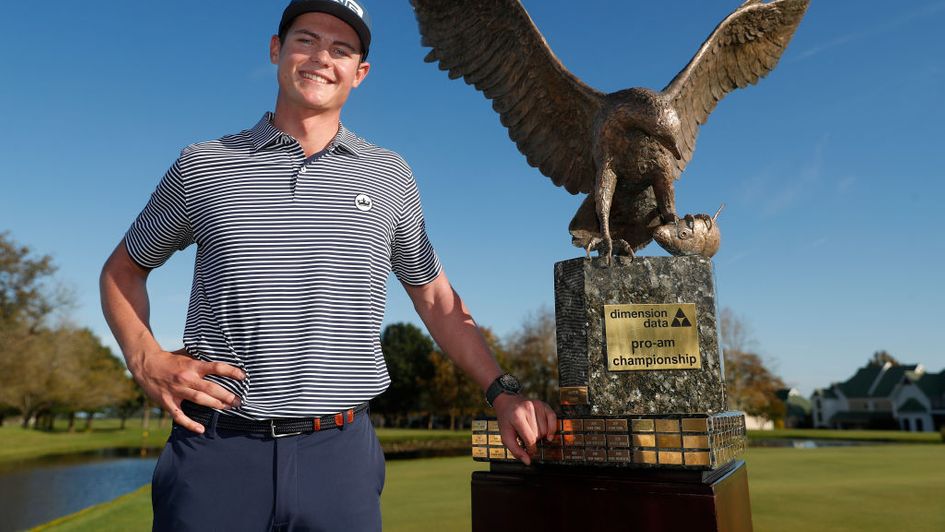 Wilco Nienaber can stamp his class on the Grand Final

It's not my intention to branch out beyond the two main men's tours. Generally speaking I believe it can be enormously advantageous to a golf punter not to have to cover every event there is. Leave that to the oddsmakers, and focus on areas of expertise.

However, the Challenge Tour Grand Final is a fascinating tournament and one in which I'm surprised WILCO NIENABER isn't a clear and popular favourite.

Nienaber, who has gained notoriety for being among the longest hitters in the sport, had a difficult decision to make this week. He could've played the Portugal Masters, in which he was 14th last year, and had he gone close he'd have perhaps sealed full European Tour status for the 2022 season.

The other option was to return to the Challenge Tour for the first time since May, and his decision to do so looks the right one. Nienaber is 24th in the Road to Mallorca rankings, and the top 20 at the end of this week will gain European Tour status. He's there thanks to victory in the Dimension Data Pro-Am back in the spring and would've surely sailed through had he focused on the second tier rather than take opportunities earned at a higher level.

My belief is that Nienaber would've been priced up around 50/1 had he gone to Portugal, and that no player in this Challenge Tour field would've been as short. I also believe that while volatile and somewhat difficult to grade, finishes of 14th and 31st on the PGA Tour this year are more than I'd have expected of anyone else here. We can say for certain that none of his main rivals have been as close to winning on a major tour as he was in the Joburg Open (second) less than 12 months ago, not for some time at least.

It's true that the likes of Santiago Tarrio Ben and Julien Brun have experience of T-Golf which Nienaber does not, and the latter in particular is respected. Brun has always had bags of talent and he's been rewarded for taking some tough decisions, including moving to Prague, with a string of victories on both the Pro Golf Tour and now the Challenge Tour.

But Nienaber is the player here with genuine world-class aspirations and it's a month since he was sixth in the Open de Espana, finishing well ahead of Tarrio Ben. His subsequent form reads fine, and it was only an off week with the putter which cost him a weekend tee-time in Mallorca. In turn, that performance probably keeps him from the very head of the betting here.

As for T-Golf's suitability, there are three par-fives, two of which might be beyond the reach of the majority of the field. Not Nienaber, who can also take on at least one and possibly as many as three par-fours off the tee.

The fact that he's just outside the top 20 is another potential positive as his focus is clear. It may also be to his benefit that unlike those around him, the South African knows he'll have conditional European Tour status next year regardless, and may yet have another tournament in Dubai through which he can improve his category.

There are negatives — his power and swing speed can come at a cost, and I would've preferred less wind and rain in the forecast — but they're outweighed by the positives which should entitle him to clear favouritism. Ondrej Lieser won this title a year ago because he dominated the par-fives. Nienaber can do the same, and is a bet at 12/1 and upwards.

Hoey has plenty in his favour

I'll also suggest a smaller play on MICHAEL HOEY, one of the handful of players here whose experience, nous and general skill set should ensure rotten weather is welcome.

It's 10 years since Hoey won the Dunhill Links, the pick of seven professional titles, and he's best by the coast: he's shown as much not only there, but in Madiera and Morocco, too.

Hoey was an excellent 25th back at the Dunhill Links three starts ago and it's absolutely not a coincidence that his best effort of the campaign came when 11-under was enough to win the B-NL Challenge Trophy in the Netherlands, where he was part of a play-off. That was also the winning score here last year and conditions look set to be tougher.

He needs a massive week to get back on the European Tour but will know that wind and rain increase his prospects. There are others who are in a similar boat, the likes of Matteo Manassero, Daan Huizing and Stuart Manley among them, but it's Hoey who looks the best alternative to Nienaber.