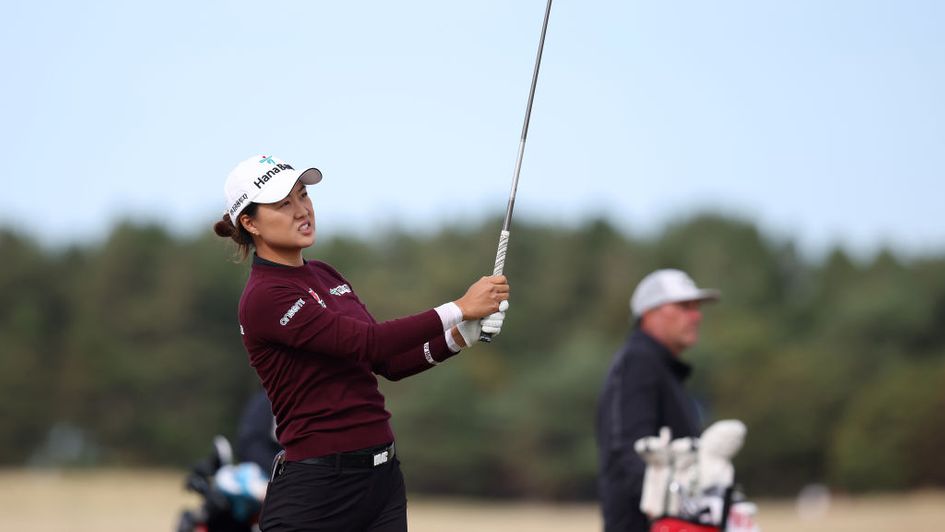 Matt Cooper previews the AIG Women's Open, with Minjee Lee fancied to put her links smarts to use and add her name to a high-class honours board at Muirfield.

Nine years ago, ahead of the men’s Open hosted by The Honourable Company of Edinburgh Golfers (better known as Muirfield), the fact that there were no women members at the club was a problem. It was not only that the sport’s greatest event was taking place on a stage that reinforced the impression that golf was covered in cobwebs and smelt of pipe tobacco, it was if the Honourable Company was defending the place with barricades actually made out of tins and pouches of St Bruno, Capstan and Original Flake.

It was a big and stubborn obstacle, but also one that somewhat deflected from more insidious issues.

On the Saturday morning of that Open, for example, I retweeted this, by journalist Alastair Dunsmuir: “Just heard from a Midlands pro that a girl pulled out of his free taster lesson as golf is ‘too men only’. This is why R&A has to change.” And someone responded: “That’s pathetic ... every club bar Muirfield are equal ... just some daft tart making an ill educated point.”

You literally could not have created a more vivid example of the self-imposed pickle golf was in. Muirfield had a low ceiling which women had to crawl beneath but at least they knew exactly where it was. This fellow’s attitude was indicative of the glass ceiling: the petty bureaucracies, insider-jokes and nasty little put-downs that make life miserable and an atmosphere unwelcoming. Who the hell would want to be admitted to a club in which you were allowed to play but were patronised and called a “daft tart” when you didn’t toe the line?

Muirfield is ready for its first ever AIG Women's Open... Are you?

We’d be naive to believe things have radically altered just because Muirfield now has 20 members and with it been re-introduced to the R&A fold. Which is not a criticism of either organisation. The latter, for example, has undertaken many programmes to address the improvement of the women’s game from top to bottom. It’s just these things take time – and the Muirfield change has at least helped that.

So to this week, the first AIG Women’s Open to be hosted on a layout which Jack Nicklaus described as “the best golf course in Britain”. High praise, but the names of the seven men who have claimed the Claret Jug there in recent times reveal just how clinically it sifts the wheat from the chaff: Gary Player, Nicklaus himself, Lee Trevino, Tom Watson, Nick Faldo (twice), Ernie Els and Phil Mickelson. What an honour’s board! Six of them landed at least half a dozen major championships apiece and the exception, Ernie Els, landed four.

My main policy this week, therefore, is to focus on high quality major performers, but they need to be proven on the linksland, just as with that seven (even Mickelson was in his seaside sweetspot when triumphing).

Who is the best bet for the Women's Open?

Let’s start with the leading contenders I have opted against. Lydia Ko hasn’t won a major since the start of 2016, a run of 32 events, and she has only one top 10 in this event on the links. Nelly Korda is still looking for a top 10 by the seaside. Ditto Brooke Henderson. The latter two haven’t played the Scottish Open either which strikes me as weird if they desperately wanted to win this event. They’re all clearly fine players but it’s not difficult to look elsewhere at the prices.

Hyo Joo Kim is interesting with good links form and Jin Young Ko did threaten to win this event at Turnberry. The former I was tempted by, the latter just doesn’t seem to be in sync at the moment.

In the end I feel the best value, and indeed the best links record, lies with US Women’s Open champion MINJEE LEE.

She’s finished top 20 in five of six starts at the Scottish Open (her best was second at Gullane, more or less next door to Muirfield). In this event she was ninth at Turnberry, 10th at Royal Lytham, third at Troon and fifth last year at Carnoustie.

She has the long-term potential to add significantly to her current haul of two majors, leads SG Tee to Green this season and she also has good vibes this week. The other side of Muirfield to Gullane is The Renaissance Club (where her brother Min Woo won the Scottish Open), last week her club mate back at Royal Fremantle GC, Abbie Teasdale, won the English Amateur Championship, and victory would complete an Aussie Open double after Cameron Smith’s triumph at St Andrews.

Minjee Lee and links golf seem to go together... what an approach last year at Carnoustie!

What can the world number two do next week at Muirfield?

The requirement for high grade links golf next steers me toward GEORGIA HALL who just loves it by the seaside. As an amateur she shared Low Amateur on the Old Course with Lydia Ko and briefly sneaked into the top six at Royal Birkdale. Since joining the pro ranks she’s been third at Kingsbarns, won at Royal Lytham, 45th at Royal Troon and second last year at Carnoustie. She’s also never missed a cut in eight Scottish Opens and played nicely while keeping her powder dry when 18th last week.

She also had the time of her life playing alongside Tiger Woods, Rory McIlroy and Lee Trevino in the four-hole Celebration of Champions ahead of the Open last month. “If, as a seven-year-old, you’d have told me that I’d one day be playing alongside three great Open champions on the Old Course, I’d never have believed you,” she said. “To be honest, though, I had the feeling that I’d earned my place.”

I like that last bit. There’s a bit of steel running through Hall and she knows that the seaside is her domain.

I’m sticking with Europe for pick number three and, although tempted by the claims of Madelene Sagstrom (in solid form, closed last week with a 64 and second at Carnoustie last year), I’m taking her compatriot LINN GRANT. Sagstrom might land a major, but it would be a surprise if she grabbed more than one. Grant, meanwhile, might well have a touch of class.

She displayed her A game on the big stage when winning the Scandinavian Mixed in June, a week when her golf was sensational and her mental strength no less impressive. She missed the cut last week in the Scottish but that’s the very first blip in a remarkable start to her pro career. Before then she’d made 11 starts with three wins, another three top-four finishes and a worst effort of 13th. 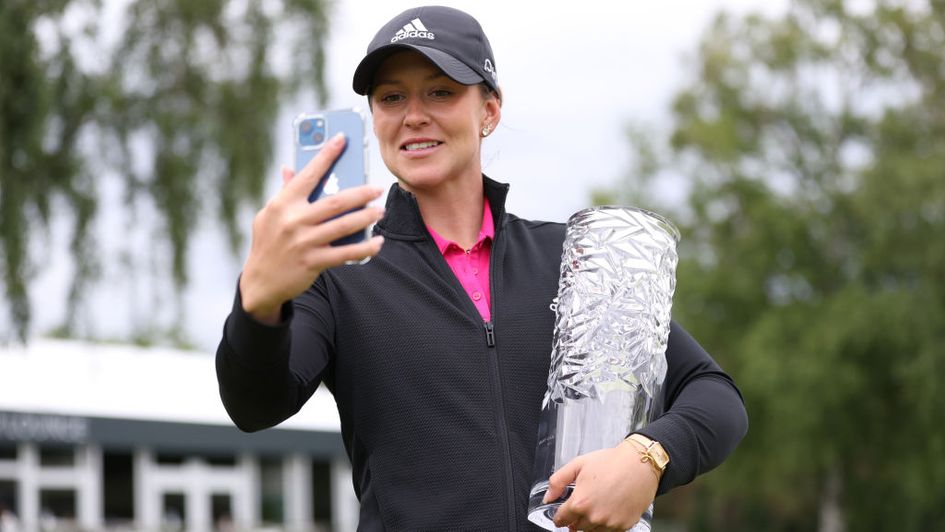 She played two US Women’s Opens as an amateur with a best of 23rd, but she’d been second at halfway and she spent the first 36 holes of her debut in the top four. If you added her missed cut last week to a missed cut in her only Women’s Open start (in 2018) you might be concerned by her links record. But she thrashed a 62 at St Annes Old Links to qualify for that latter start, won the Scottish Amateur at Royal Troon, and was a semi-finalist at Royal County Down and winner at North Berwick in the British Amateur. She can bounce back this week.

The final pick allows for a surprise and comes down to the fact that ALLY EWING’s canny appreciation of links golf has been under-appreciated.

Back in 2017, on her Women’s Open debut, she roomed with Stacy Lewis in St Andrews and listened to every word uttered by the Old Course specialist. She was promptly fourth heading into the final round before finishing 16th. She’s since added 18th at Royal Lytham, 22nd at Royal Troon, sixth in last year’s Scottish Open and 31st last week when topping the Greens in Regulation stats.

There’s nothing wrong with her long game – she regularly hits loads of greens and ranks 15th for SG Tee to Green this season. That should hold her in good stead around Muirfield and she has putted well on links greens – she did so at Dumbarnie Links last year. Her price looks on the big side.