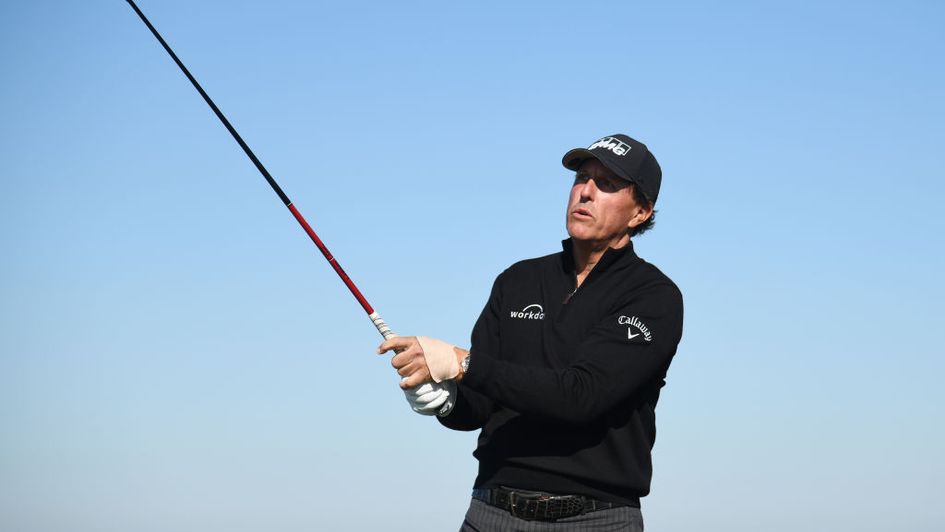 Ian Richards looks ahead to the weekend at Pebble Beach, where defending champion Phil Mickelson is the one they all have to beat.

As I am not an avid follower of other sport (particularly American) and my ability to name celebrities is extremely limited, the Google search facility on my laptop has been on overload as I blankly stare at my TV simply saying to myself "who?" over the first two days of the AT&T Pebble Beach National Pro-Am.

Fortunately, we do get to see the professionals play and it seems for a change we are seeing less from the amateurs than normal.

Although we are 36 holes in at Pebble Beach, the cut doesn’t fall until the end of the third round when all players have each played the three courses, minus David Duval who has unsurprisingly withdrawn. It is very difficult to work out who is actually playing the best golf for the week until the full stagger unwinds. We are always left with the dilemma when looking at scoring averages for the different courses – are they skewed by which courses the better players have played?

There is also the conundrum that the weather has been benign the first two days yet the wind is due to pick up over the weekend. This will make Monterey probably play harder than over the first two days and Spyglass slightly easier as it is tree lined, relatively speaking anyway. Pebble will simply play tough.

Here's where winners sat entering the third round over the last decade:

As you can see, five players who were tied for the lead went on to win but when you look at the calibre of those that did Nick Taylor certainly does not tick the box of top player. Despite the fact he may be playing what I think is the best rotation I cannot have him on my mind - perhaps if his christian name was Vaughn I would have other ideas but the Canadian can be left alone.

The main problem for bettors is that we have the three event stalwarts - Dustin Johnson, Phil Mickelson and Jason Day - bang there in contention, so which one do you chose?

Given the rotation many would favour Day and I suspect he does have the easier sequence – hence his position at the top of the market. That said you simply cannot get away from Mickelson and what he is capable of around here. I would have less faith in Johnson of the three because I still get the impression he 'spits the dummy' when things aren’t going his way, and he has the most work to do.

With those three taking up a shade over 50 per cent of the market and difficult to split it's certainly worth exploring other ideas, but Mickelson at 11/2 is one to have on-side. He's backed up last week's return to form in Saudi Arabia and this is very much his turf.

It is very difficult putting your faith (and money) in the hands of the weather gods and I have lost track of the number of forecasts I have looked at, but they all say the breeze is going to get up.

Charl Schwartzel has maybe the best of the draw along with those, like Day, who played Pebble Beach on Friday. The South African is currently tied fourth and I think he is being underestimated as he has not been in contention away from his homeland for a long time now, but when he is he tends to stick around.

Chez Reavie has had an uncustomary slow start to the year following a shake-up of equipment, but has the same course rota as Schwartzel. He has been second here before and can draw on his third place at last years US Open around Pebble Beach, so from tied 14th he could be the one to creep up the leaderboard.

If the wind does blow strongly the par-three seventh could make for interesting viewing – players should be advised to pack buckets and spades as they may well find themselves playing on the beach. There's certainly a risk that those finding themselves at the host course today are left bemoaning the draw, but if anyone is to overcome it then don't be surprised if it's Mickelson.