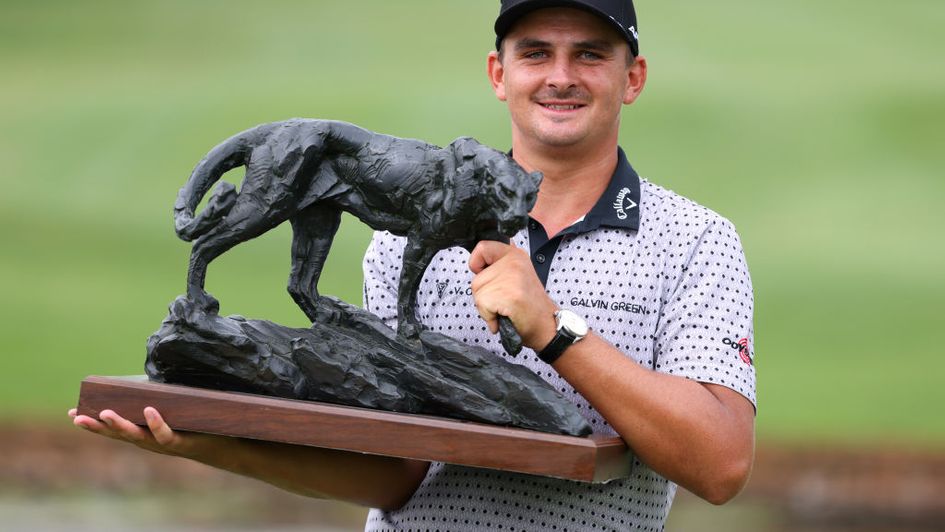 The DP World Tour will shut down for the year after this week's Joburg Open.

Events had been set to take place in South Africa over the next fortnight, with the SA Open and Alfred Dunhill Championship boasting stronger fields than that which had assembled in Johannesburg.

But with Germany and Italy joining the UK in imposing travel bans after a new Covid-19 variant was discovered in South Africa, the Tour - which relaunched this week under a new name - is effectively finished for 2021 as of Sunday evening.

The SA Open is expected to go ahead as a Sunshine Tour event, with a reduced prize fund and no DP World Tour rewards. The following week's Alfred Dunhill at Leopard Creek is off.

News of the UK's travel ban emerged on Thursday evening, and come the start of the second round there had been a raft of withdrawals from the Joburg Open. Among them were Oliver Farr, despite the Welshman having carded a three-under par 68 to sit just outside the top 10.

The Sunshine Tour later released a letter to members which said: "The Joburg Open... will go ahead as planned and will finish on Sunday as scheduled as a full co-sanctioned tournament between the Sunshine Tour and DP World Tour.

"The South African Open Championship will also still be played as scheduled. However, it will go ahead as a solely Sunshine Tour event with a prize fund of US$500,000, with a cut to 65 professionals and ties.

"We have an allocation for 30 players off the DP World Tour.

"The Alfred Dunhill Championship has after lengthy consultations with Alfred Dunhill unfortunately been cancelled due to the adverse effect the travel restrictions will have on the field."